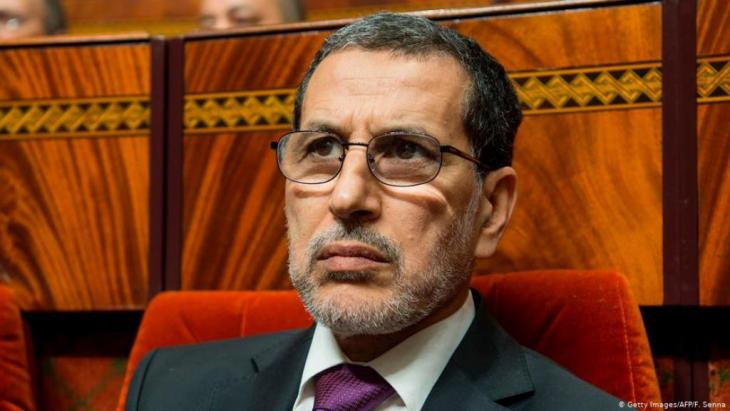 By drowning the PJD in procedures and decisions, Moroccoʹs ruling elite is using the same approach it applied to cripple another former coalition partner, the Socialist Union of Popular Forces. Does this gradual assimilation of the PJD into the establishment signal the end of the Islamistsʹ participation in the democratic process? By Mohamed Taifouri

The Justice and Development Party (PJD), on which many Moroccans have pinned their hopes, is aiming to see out the failed democratic transition venture with the coalition government in its new guise as a regular player on the political and party scene. This, after it willingly and obediently signed up to its own destruction. Saad Eddine El-Othmaniʹs Muslim Brotherhood have seemingly embarked upon a race against time, with the aim of achieving full assimilation with the Makhzen or "shadow government" (of royal advisers and courtiers) as the Moroccans call it, before 2021, the date of the next legislative elections.

The Islamists have accepted, willingly or otherwise, the implementation of various controversial political decisions, of which no mention was made in their electoral manifesto. Moreover, many politicians who previously held positions of power avoided even mentioning such policies in public, fearing that they would be held responsible for them.

The latest of these decisions has been imposed by the Ministry of Finance and it involves tough tax measures relating to the electronic billing system; it pertains to the requirement for Unified Tax Identification Numbers (TINs) to cover commercial transactions. It also applies to procedures associated with customs control and booking rules. This decision led traders, shop and cafe owners to organise a general strike, the first of its kind, which paralysed activity in the major commercial centres of Morocco such as Agadir, Casablanca and Rabat.

The government justified the measure as being part of a package of reforms to combat tax evasion and impose stricter regulations on business sector. Traders and business people interpreted it, however, as an attempt to target the most vulnerable elements in the trade cycle, i.e. those without financial guarantees or social protection. 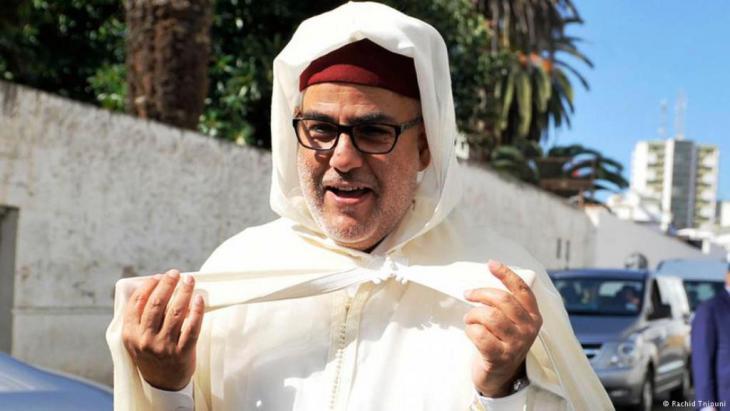 The current administration lacks the communication skills of former PJD prime minister Abdelilah Benkirane, who used simple language that large sections of society could understand and respond to. Some of his decisions may have been more radical and influential, but at least they were accompanied by an ongoing dialogue with the Moroccan people. After all, writes Taifouri, language is central to the defining struggle between authoritarianism and the will of the people

Aside from the various party lines regarding these measures, not to mention the implicit settling of political scores as some seek to exploit the situation for their own interests, the governmentʹs handling of the commercial sector reveals the lack of a proactive vision and a lack of partnership and co-ordination with the other parties.

Instead, the government makes do with the logic of last-minute crisis management, as might a fire-fighter. This does nothing to limit the damage, however, and only serves to shake public confidence in government institutions still further.

The book "The Invention of the Maghreb: between Africa and the Middle East" prompts us to review basic terminology. This includes terms that we use almost every day as if they are ... END_OF_DOCUMENT_TOKEN_TO_BE_REPLACED

The term "Tuareg" refers to tribes and nomads who speak dialects of Tuareg and live in Targa, an area in south-west Libya recently renamed Wadi Al-Hayat but previously known as ... END_OF_DOCUMENT_TOKEN_TO_BE_REPLACED

Where are the measures to deal with the looming challenges facing the Arab world? In this commentary, Marwan Muasher warns that the region is in grave danger of falling behind ... END_OF_DOCUMENT_TOKEN_TO_BE_REPLACED

At the end of every year, the team at Qantara.de gives you a run-down of the ten most-read articles on the site over the past 12 months. Here is a quick overview of the stories ... END_OF_DOCUMENT_TOKEN_TO_BE_REPLACED

According to a recent survey, half of all Iranians say that they have left Islam as a religion, while two-thirds believe Islamic law should be excluded from their legal system. In ... END_OF_DOCUMENT_TOKEN_TO_BE_REPLACED

Tunisians go to the polls to elect a new parliament on Saturday, 17 December. The election is likely to result in a dummy parliament, sealing its undemocratic credentials. This is ... END_OF_DOCUMENT_TOKEN_TO_BE_REPLACED
Author:
Mohamed Taifouri
Date:
Mail:
Send via mail

END_OF_DOCUMENT_TOKEN_TO_BE_REPLACED
Social media
and networks
Subscribe to our
newsletter