Maliha Zulfacar is one of two female Afghan ambassadors. In this interview with Martin Gerner, she talks about her unusual career, as well as about NATO's military strategy, and the reconstruction process in Afghanistan 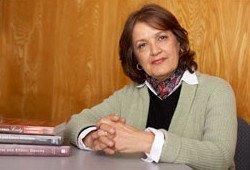 Maliha Zulfacar wants to "expand and reactivate some of the economical, political, and cultural cooperation that historically exist with Germany"

​​Mrs Ambassador, Maliha Zulfacar, you have been an film-producer and a university professor before becoming a diplomat in Germany. That sounds like a big change. Was it difficult for you to adapt?

Maliha Zulfacar: It has been a big change. I think professionally I do consider myself a teacher, an academician. To be a diplomat is a new chapter in my life, something I have to learn as I go along. But this is not new in my life.

I did not go to school to become a filmmaker. It all happened when I visited Afghanistan in 2000, together with a French feminist group. The group stayed with late Ahmad Shah Massoud and we were his guests for two weeks. As I was there I started to go to villages and talk to people. It was a sensational time for me to be back to Afghanistan after almost 22 years.

When I returned back to the United States I spent about three semesters to finish my first film. In those days nobody was really interested in Afghanistan. I managed to edit the film right after September 11th and it became very popular.

Your new film "Kabul Transit" was shown in Amsterdam, at a major international film festival. In how far does the film show a different picture of Afghanistan than the one people are used to?

Zulfacar: One of the beauties of the film is that when we started to film in Kabul we did not have any agenda. We did not go there with a specific mission, topic or title. It is about daily life in Kabul, about all the changes that have taken place since 2001, about people's perspectives.

It is about a group of young women from Kabul university. They express how they feel about some of the gender-related projects and various other aspects. It is about a police officer who expresses how honestly he tries to deal with the issue of drugs and how much he is under threat.

You are one of the few female ambassadors of Afghanistan. What impulses do you want to give as a woman in this position?

Zulfacar: I don't consider myself to be any better or worse as a woman. I think it is more about capacity, to do what has to be done as an ambassador, regardless of gender. I am the second female Afghan ambassador. The first one is the ambassador in Bulgaria. It has been a very challenging position considering that we have close to 100,000 Afghan refugees residing in Germany. Germany has received the highest number of Afghan refugees in all of Europe.

The second aspect of the job has to do with Germany being a key country in the reconstruction of Afghanistan and how to utilize this position to expand and reactivate some of the economical, political, and cultural cooperation that historically exist with Germany. I am delighted to be here, because I have lived in Germany as a student, as a refugee and now as a diplomat.

Zulfacar: That has in fact been a concern. Many Afghans hear that large sums of money have been designated for the reconstruction of Afghanistan. And when they don't see tangible changes for their everyday life, it becomes a question for them: what happens with the money?

That means you are still waiting for tangible results?

Zulfacar: I think across the country people would like to see more tangible changes. Many changes have taken place, however they are changes that do not reach the livelihood of ordinary Afghans. For example when you travel through Kabul you will fancy these very tall new buildings. However, many Afghans continue to lack energy. Only six % have access to electricity and to running water.

People want to see more access to power, to running water or more infrastructure, for example in terms of sanitation. In 1979, when I left the city, 500,000 people were living in Kabul. Today close to 4 million are living there. Obviously that has built up lots of pressure in the use of power.

I think there should be more major economic development projects throughout the country, farming projects and so on that would attract people to leave Kabul and get engaged in these projects. That would reduce the amount of power needed for Kabul. Until now, Kabul has been considered to be synonymous with Afghanistan, but it is only one city in Afghanistan.

In the south of Afghanistan NATO and American forces are still engaged in fierce battles with the Taliban and other insurgents, and the international forces say that the fighting must be continued until the military goals are reached. Do the Afghan government and the international forces agree on what these goals are and how they are to be achieved?

Zulfacar: I think NATO and American Forces would like to bring peace and security. And at the same time they would like to engage more in developmental projects in the south east of the country. But the stationing of the international military is an issue of NATO, and that is an internal affair of NATO.

Germany is about to dispatch Tornado spy jets to Afghanistan. Is Germany risking its reputation as a "peace-keeping" party in the conflict?

Zulfacar: The Tornados will not directly be involved in the war effort. Their purpose is the clarification of the movements of the insurgent groups, to provide more intelligence and information about movements of these groups in order to avoid further killings of civilians. If their location becomes more clear, maybe we can avoid some of the destruction and killings of civilians in the region. So I do consider the German role in this useful.

Maliha Zulfacar was a sociology professor at Kabul University before fleeing the country in 1979. In 1985 she settled in California and completed her doctorate in sociology in Germany in 1997. Since 2001, she has been involved in the rebuilding of Afghanistan's higher education system to facilitate educational opportunities and the return of women to schools. Maliha Zulfacar has produced and directed two documentary films.

First Female Governor in an Afghanistan Province
Enthusiastic Support, Heavy Criticism for Habiba Sorabi
President Hamid Karzai named Habiba Sorabi Governor of the Province of Bamian. The appointment has been welcomed in the West, but in traditional Afghan society her appointment is highly controversial. Said Musa Samimy provides the details