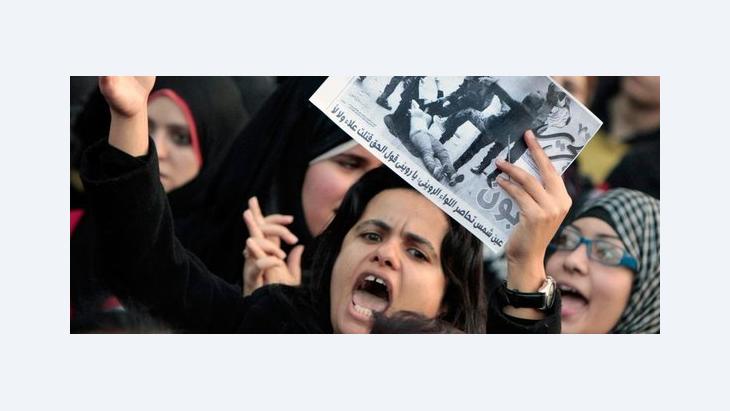 Between Hammer and Anvil

﻿In her essay, the well-known Egyptian writer Mansoura Ez Eldin sketches a gloomy picture of post-revolutionary social conditions in her homeland, where she says women are facing increasing political marginalisation and being robbed of their basic rights

While soldiers on Qasr al-Aini Street in Cairo set about maltreating female Egyptian protesters, the Salafists in Suez were holding spirited celebrations to mark their victory in the second round of elections in a characteristically sexist, macho manner – without any female participation at all. They struck up religious hymns and chanted slogans such as "the military and the people are one", "the Muslim Brotherhood and the Al Nour Party are one" and above all, "God and the people are one".

However, the "people" they are referring to are of course clearly separate from the demonstrators. As far as the Salafists are concerned, "the people" is an exclusive reference to their own supporters.

Paeans of praise for the military

So as the Salafists rejoice in song at their unity with the military, members of this very same army beat, kick and drag around a defenceless woman lying on the ground out on the street – and as if that wasn't enough – tear off her clothes as well. 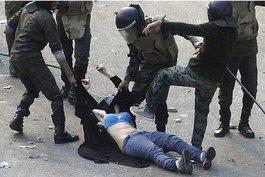 Victim of police brutality: A video released on the Internet in late December showed soldiers beating a female protester, dragging her across the ground and stripping off her clothes

​​Neither this episode nor other sad incidents of the abuse and killing of demonstrators as the protests were being broken up in front of the Council of Ministers' headquarters provoked the anger of the Islamists or other religious zealots who invoke their own good morals day and night.

Most of those people who assumed the moral high ground and raised hell when the young Alia el-Mahdi published naked photos of herself in her blog remained notably silent when soldiers stripped a peaceful demonstrator and dragged her through the streets.

In a bid to justify their silence and disinterest, the Islamists preferred to vent their rage on the victim, rather than the perpetrators. They condemned her for leaving the house to demonstrate at all, doubted the authenticity of the photographs and videos and even questioned the morals of the protestor herself.

Perhaps, in their frenzy of joy, the Salafists have failed to notice what's really going on here. Or perhaps the event made them feel all the more justified in calling for the exclusion of women from the public arena. Or perhaps it underlined their basic conviction that one should not rebel against one's rulers, even if these are tyrants. They will always find plenty of explanations like these.

One should however pay close attention to the highly symbolic content of the short video clip upon which they so eagerly pounce. It shows what kind of society they are really striving for, namely one in which women have no business. Look closely at the faces on the clip and you will see that there is not one single woman among them, not even one veiled from top to toe, or the figure of a small girl.

This scene corresponds wholly to the publicly propagated, misogynistic views and behaviour of the Salafists. Was it not Sheikh Abu Ishaq al-Huweini – one of the defining figures of the Salafist movement –, who vociferously announced in the past that ignorance is common among women, only to later add that the face of a woman is as shameful as her vagina and should be covered up? And instead of printing a photograph of its female candidates in the parliamentary poll, did the Salafist Al Nour Party not print a red rose, as though symbolically burying women alive? 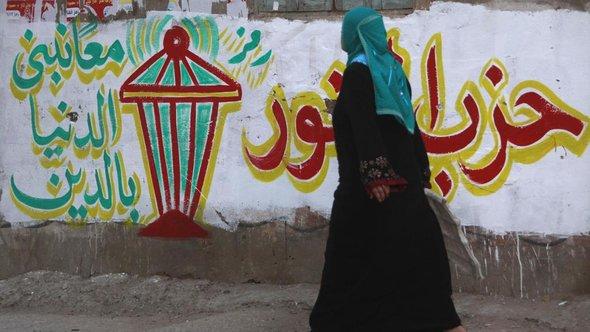 Consolidating power: the largest Salafist party "Al Nour" captured some 20 percent of the vote in the first parliamentary elections following the ousting of Mubarak last February

​​In an era when Egypt must tackle the manifold problems that have stacked up during 60 years of military dictatorship, these disciples of Islam (Salafists and Muslim Brothers in equal measure) view the body of a woman as the root of all evil. As a consequence, they see covering it up as their most pressing priority, all the while wantonly ignoring central issues such as repression, poverty, corruption and the decline in educational standards.

Furthermore, this problem is not only restricted to the Islamists, as it would appear that debate over the female body has meanwhile become a priority for all factions of the Egyptian political spectrum, to varying degrees. The Islamists want to forcibly command that body back into the house and exclude it from the public arena.

While the Muslim Brotherhood calls for it to be covered up, the military lays it bare, beating and dragging the female body through the streets, or subjecting it to virginity tests in dark cells. And sections of the secular elite are narrowing the debate over women's rights down to just how much of her body a woman should be allowed to reveal. Or put another way: for them this is a conflict between the bikini and the face veil.

Quite apart from this conflict, the revolutionary Egyptian woman (whether she be bareheaded or with veil) is conducting her very own battle: She is demonstrating on the streets and in the squares of the nation hand in hand with her male comrades for dignity and freedom – in defiance of all those who want to prevent her from leaving the house at all, who criticise her political commitment or doubt her morality, because she courageously opposes the unscrupulous repression and systematic torture by drilled soldiers and officers.

Against intolerance and religious dogma

It is unnecessary to point out that there are of course differences between the Salafists and the Muslim Brotherhood. The Muslim Brothers are often viewed as more moderate – a largely accurate assessment. But it must not be ignored that while both groups draw on the old authoritative sources, the difference between them only lies in the stringency of interpretation. 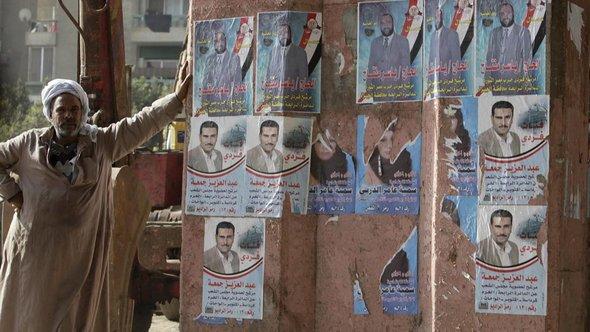 Social exclusion and the ostracism of women from the public arena: "In an era when Egypt must tackle the manifold problems that have stacked up during 60 years of military dictatorship, the Salafists and the Muslim Brothers view the body of a woman as the root of all evil," writes Ez Eldin.

​​Thus far, it is evident that the Muslim Brotherhood are more the politically experienced group and deploy smarter tactics, while the Salafists are more open with their views. They have already paid a price for this openness, for example when Abdel Monem Al-Shahat lost in the elections following remarks he made about Nagib Mahfuz.

Personally, despite the abundantly grim picture of Egyptian society, I am not in favour of demonising the Salafists or the Muslim Brotherhood, or excluding them from the political sphere, as some would like to do. After all, one of the goals of the revolution was and is to do away with injustice and spread fairness and democracy.

But for this very reason I am also against the fact that for their part, the Islamists are marginalising other groups and branding them as infidels simply because they hold a different viewpoint. And of course I am against the fact that as far as they are concerned the Copts should only be afforded minority rights and that women are "intellectually and spiritually lacking".

It was to be expected that the Islamists would win the elections, after all they are especially pragmatic – and firmly anchored within the working classes. Generally speaking, they are also a very good reflection of the composition of Egyptian society. But the elections are – for all the claims of undemocratic procedures and organisational errors – simply a battle from which we must learn our lessons. We need to adjust our views to match the social reality.

For it is no longer acceptable to naively assume that if a woman does not wear a veil she must be free and modern, and that if she does, she must be repressed. Such a simplistic view does not do justice to the complex reality of the situation. 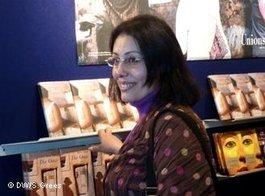 Mansoura Ez Eldin studied journalism at the University of Cairo and works at "Akhbar al-Adab", one of the country's most influential literary magazines. Her novels have been translated into numerous languages

​​Now is the time to look at our societies from within, to get closer to them, instead of drawing brief and hasty conclusions and stereotyping.

Of course, feminist organisations and educated activists should work to ensure that women are not excluded from political positions of power, but alongside such efforts one should not forget the marginalised women in the villages and poorer regions. They have real problems that need to be addressed, and these may differ from the kind of problems we might imagine they face. There is an enormous difference.

It only remains to add that the issue of the roles and rights of women is inextricable with overarching social questions, and is indeed a central, defining issue. In view of the current situation, the future for women may appear quite gloomy, but we must not forget that this is just a stage on a long and arduous path that Egyptian women have already embarked upon in their campaign for better rights.

Mansoura Ez Eldin was named as one of the best Arab-language authors under 40 in the year 2010. The same year, she was the only woman to be nominated for the "International Prize for Arabic Fiction". Her novel "Beyond Paradise" was published in English in 2009.

Home
Print
Newsletter
More on this topic
Interview with Margot Badran :''This Revolution Challenges Patriarchy''A Visit to Mansoura ez-Eldin: In Search of a Literature of IntimacyWomen's Rights in Post-revolutionary Egypt: A Second Revolt for Sheherazade's Daughters
Related Topics
Arab Spring, Arabellion, Democracy and civil society, Feminism in Islam, Muslim Brotherhood, Muslim women, Secularism in the Islamic world, Sexism and violence against women, Sharia, Women in the Islamic world
All Topics

"The people aren’t ready for democracy" has been the constitutional basis for Arab tyranny, its favourite slogan and its sacred narrative for more than a century. Yet, asks Khaled ... END_OF_DOCUMENT_TOKEN_TO_BE_REPLACED

A new global database shows a significant gap in reported COVID-related deaths, suggesting the actual worldwide death toll is short by at least 1 million. That's due in part to ... END_OF_DOCUMENT_TOKEN_TO_BE_REPLACED

Two decades after the attacks of 11 September 2001, the West faces the shattered debris of its failure – not only in Afghanistan, but also in Iraq, Syria, Libya and Yemen. What ... END_OF_DOCUMENT_TOKEN_TO_BE_REPLACED

The coronavirus pandemic has turned lives upside down all over the world. In the Middle Ages, however, people lived with epidemics all the time. The best and most famous ... END_OF_DOCUMENT_TOKEN_TO_BE_REPLACED

In Ancient Egypt, the pharaohs had "solar boats" built to take them into the afterlife. One of these boats was discovered in 1954. It has now been moved to the Grand Egyptian ... END_OF_DOCUMENT_TOKEN_TO_BE_REPLACED

Attracting little attention from the world at large, Egypt's military regime has been mercilessly going after dissidents. Now, the first executions of prominent members of the ... END_OF_DOCUMENT_TOKEN_TO_BE_REPLACED
Author:
Mansoura Ez Eldin
Date:
Mail:
Send via mail

END_OF_DOCUMENT_TOKEN_TO_BE_REPLACED
Social media
and networks
Subscribe to our
newsletter