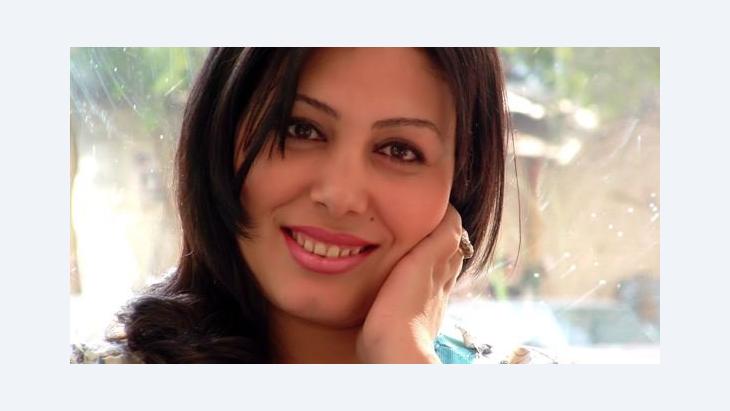 Mansoura ez-Eldin's ''Beyond Paradise''
Dark Family Secrets on the Nile

﻿A book by the Egyptian writer Mansoura ez-Eldin has been published in German for the first time. In it, the novelist relates a family saga set in the landscape of the Nile Delta. But as a work that first appeared in pre-revolutionary 2009, does it have any relevance now? Axel von Ernst finds out

Whenever Arab authors come to Europe these days, they are usually perceived as eye-witnesses to whatever might be going on in their home nations. Interviews and readings are swiftly diverted from the subject of the literature in question, and often become reports on and debate over ongoing revolutions in the Arab region.

Born in 1976, Mansoura ez-Eldin is probably the youngest such representative of Arabic literature and during her reading tour of Frankfurt, Vienna, Innsbruck and Basel she finds herself constantly having to field questions about the Egyptian revolution. And she is indeed playing a very active role in this, reporting on developments for international newspapers such as the New York Times and the Neue Zürcher Zeitung. By her own account, she has put her literary endeavours on ice and is currently devoting herself to the revolutionary cause.

Mansoura ez-Eldin has long been regarded as one of the most promising young literary voices to come out of Egypt. In 2010, she was among 39 young writers to be hailed as the new voices of modern Arab literature at the Hay Festival in Beirut and in 2009, she was nominated for the Arab equivalent of the Booker Prize (International Prize for Arabic Fiction) for her second novel. 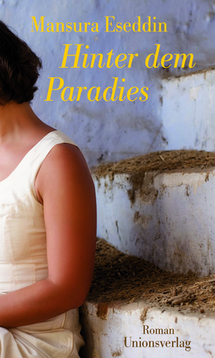 "The gentle coolness of psychological empathy that gives the novel its strength and significance": Cover of the German edition of "Beyond Paradise"

​​This novel, "Beyond Paradise" (not yet available in English translation), is the first book by the author to be published in German. The schedule of its release was accidental, falling as it does at a time when the West is reassessing its view of Arab literature, a process that will hopefully put it into sharper focus. In any case, that view is undergoing stark politicisation owing to recent events.

"Beyond Paradise" tells the story of a youth, a family and a landscape: "If one day someone should by chance pass this remote stretch of the Nile in the middle of the Delta, he will notice the remains of an orange tree and date palm grove that once extended for around five feddan directly along the riverbank, before two of them were taken up with a new brick factory that pervaded the entire surrounding area with its noise, and if he takes a closer look, he will see a pretty white house, and alongside it three dovecotes in exactly the same colour. That is the house that Rashid built when he decided he wanted to live independently and apart from the central family home…"

Rashid is the father of the heroine Salma, who returns to her birthplace in the Nile Delta a year after his death and recalls, as though in daydreams, her childhood and youth as well as something she has discovered – something she found out by accident but that can never be divulged.

Moreover she tries to write a novel about her family – a novel within a novel that puzzles and fascinates, as the heroine's fragmentary recollections are fictionally supplemented and scrutinised. This creates a multifarious and artistic panorama of rural Egypt and the history of its industrialisation, a colourful panorama that first and foremost allows a range of female characters to shine through.

These characters include the strong grandmother, who successfully juggles everything including her husband, whom she directs as a puppet representation of the man of the house, or the mentally retarded Badr, or the regular holiday guest Margot with her whiff of decadence and the wide world beyond. And then there is the heroine's sister, who becomes a staunch conservative bore as time goes on. The person whom Salma most closely resembles is Gamila, her uncle's stepdaughter and former best friend.

Profound insight into the Egyptian psyche

"Beyond Paradise" is therefore the family saga and psychogram of a young literary editor from Cairo, just as Mansoura ez-Eldin is herself. Is this useful in times of revolution? Should one read it? The answer is a categorical 'Yes'! Western readers above all will benefit from the profound insight into the Egyptian psyche provided by Mansoura ez-Eldin's novel, a vehicle much more effective than any newspaper article.

Ez-Eldin's narrative style gently dissects, she treats all characters with humanity and kindness, but with consistent honesty. And it is this gentle coolness of psychological empathy that gives the novel its strength and significance, a novel that so neatly sums up Egypt's explosive social makeup in such a concentrated medium.

Advocate of women's rights on the Nile: Mansoura ez-Eldin currently devoting herself to the revolutionary cause, and to the cause of the feminist movement in particular

​​The book includes themes that would appear to be more appropriate for a work set in the 19th century, such as rural superstition about sacrificial offerings and spirits, or Salma's favourite aunt Nasla, whose physical response to marriage ensures that she remains a virgin and is soon divorced. But these are issues that affect modern, affluent youth – youngsters who listen to Michael Jackson, maintain friendships in the West and read Marquez and Freud.

The democratic tolerance of ez-Eldin's literature

This inhibited Victorian relationship to the physical is one of the major themes running through the narrative. When it was published, the open and honest language of the book triggered a storm of criticism. But this criticism is part of what is being described here: a reflex driven by fear, which in the book leads to the family's darkest secret involving an aunt who got pregnant by accident and committed suicide. Another 19th century western theme that has come to roost in 20th century Egypt.

The publication of "Beyond Paradise" is timely. It allows us to hear a young voice that by way of a personal saga draws back the psychological veil on much of what is currently happening in Egypt. Additionally, in view of its neutral stance on all its characters, it could be described as a literary example of democratic tolerance. But this is a small-scale novel, and if time allows it, there is hope that this author in particular will supply the literary world with an even more insightful and revealing portrait of Egyptian society in the very near future.

Axel von Ernst, born in 1971, is a freelance writer and co-publisher at Lilienfeld Verlag. He lives and works in Düsseldorf.

In Doha, Arabs from Morocco, Tunisia, Egypt and Algeria are gathering to celebrate the first ever FIFA World Cup to be held on Arab soil. The criticism from Europe? Over the top, ... END_OF_DOCUMENT_TOKEN_TO_BE_REPLACED

November 2022 sees the Arab world firmly in the spotlight with the COP27 in Egypt and the FIFA World Cup in Qatar. Public trust in MENA governments is weak, thanks to their ... END_OF_DOCUMENT_TOKEN_TO_BE_REPLACED

Palme d’Or winner "Boy from Heaven" is a classic crossover film in which cultural elements are mixed together in haphazard and random fashion. Shady Lewis Botros bemoans the ... END_OF_DOCUMENT_TOKEN_TO_BE_REPLACED

COP27 in Sharm el-Sheikh is turning into a PR disaster for Egypt’s military regime. Instead of praise for the host, the news is full of solidarity for imprisoned activist Alaa ... END_OF_DOCUMENT_TOKEN_TO_BE_REPLACED

END_OF_DOCUMENT_TOKEN_TO_BE_REPLACED
Social media
and networks
Subscribe to our
newsletter