The Many Faces of the Arab Revolutions

The Arab Spring has many faces: Anger, hope, exhaustion and outright fear have marked the lives of thousands of people between Libya and Syria in recent months. While there is already widespread concern at the prospect of counter-revolutions and frustration at the political stagnation following the ousting of the old guard in some nations, in others people still fear for their survival 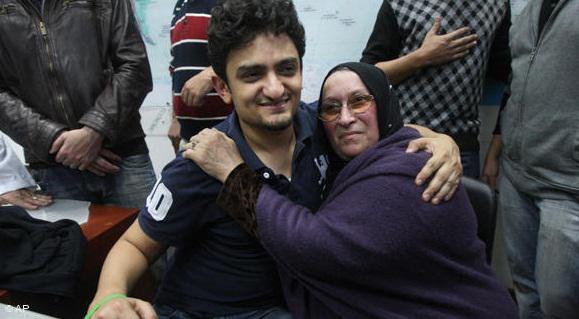 Wael Ghonim founded the Facebook group "We are all Khaled Said" and ascended to revolutionary hero status. Tens of thousands of people responded to the Facebook group's call to demonstrate on Tahrir Square on 25 January 2011 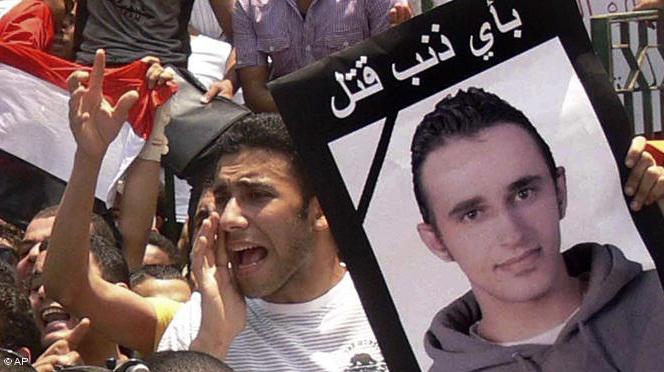 Egyptian demonstrators on Tahrir Square with a placard bearing the image of Khaled Said, the young man beaten to death by police A demographic shift, high youth unemployment and displeasure at repressive political systems – seen as the explosive mix that led to the revolts

The cry for freedom: Tens of thousands of Egyptians faced 30,000 police and security personnel during the mass protests of 25 January 2011 Egyptian youngsters on the streets of Cairo: As well as anger and annoyance, the young anti-Mubarak demonstrators also share some happy moments

...for some, this is a chance to get together and sing some revolutionary songs

Joy and relief on Tahrir Square following the resignation of Mubarak. The pain and anguish appears to have been forgotten for now Fears that Islamic forces will step in to fill the political vacuum: Tunisian women call for freedom and a secular system following the toppling of Ben Ali

Mass protests against President Ali Abdullah Salih began in the Yemeni capital on 27 January 2011. Here too, the state moved to crush the demonstrations by violent means

Intellectuals, women and young people feel they have been left disadvantaged by the 1990 reunification of North and South Yemen during Saleh's rule, which they say was a regressive measure Yemeni opposition protesters celebrate the departure of head of state Ali Abdullah Saleh to attend a clinic in Saudi Arabia. Saleh was injured in a grenade attack on the presidential palace

In fear of Assad's henchmen: Fearing the wrath of the Syrian regime, many Syrians have fled to Turkey where they've been accommodated in four tent camps and largely shielded from the outside world

Syrian opposition leaders meet in Istanbul on 16 July 2011 to discuss strategies aimed at ousting President Assad. No agreement was reached on the formation of a transitional government

Internet savvy and multimedia-wise: Whereas they used to be excluded from political and social decision-making, the young generation of Arab protesters now networks on a global level Libyan opposition fighter with child: As the conflict continues, fighters are provided with everything they need by their families

END_OF_DOCUMENT_TOKEN_TO_BE_REPLACED
Social media
and networks
Subscribe to our
newsletter