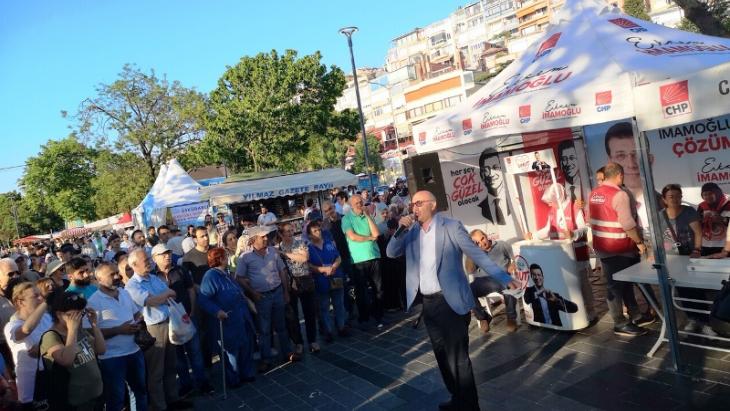 Mayoral election re-run in Turkey
Istanbul's Imamoglu has a plan

Having spent just seventeen days in the job, Ekrem Imamoglu from the Republican Peopleʹs Party wants to win back the office of Mayor of Istanbul. Who is this man – and why is his potential re-election so significant for Turkeyʹs future? By Marian Brehmer

The words "Itʹll all be fine", set to Anatolian pop beats, come from the rolling loudspeakers. The car speeds past and the rhythmic song fades away as quickly as it appeared. You can still just about hear the chorus, which features the name "Imamoglu" (literally: "son of the Imam"), the mayoral candidate representing Turkeyʹs main opposition party, the CHP.

This was the background music to this yearʹs Ramadan. Residents of Istanbul are used to being bombarded with election songs at regular intervals. Before every election – most recently, during the 2018 presidential campaign – the political camps try to outdo each other by producing ever more catchy songs. The ruling AKP dominated, with its Erdogan anthem based on a central Asian battle song. But for the last few months, all you hear in Istanbul is the upbeat music of Imamogluʹs Republican Peopleʹs Party.

If it were up to the CHP, the song wouldnʹt even be playing now. What has happened? There were local elections in Turkey on 31 March. In many of the countryʹs provinces, especially in central and eastern Anatolia, the ruling partyʹs candidates swept the board. But in the coastal regions, as expected, the CHP came out on top. And on election night, the three large Turkish cities of Izmir, Ankara and Istanbul initially seemed to be firmly in the hands of the opposition, for the first time in more than 25 years.

Some people started proclaiming a political turning point as soon as the provisional results of the election were made public – though many see Turkeyʹs fate mapped out in the results of the vote in the three major cities. Despite a swift challenge to the result by the AKP, Ekrem Imamoglu was officially declared the victor in Istanbulʹs mayoral election in mid-April. The opposition candidateʹs triumph, and the electoral commissionʹs confirmation of the victory despite fierce resistance from the countryʹs current rulers, was taken by the international community as a sign that things were not looking too bad for Turkish democracy. 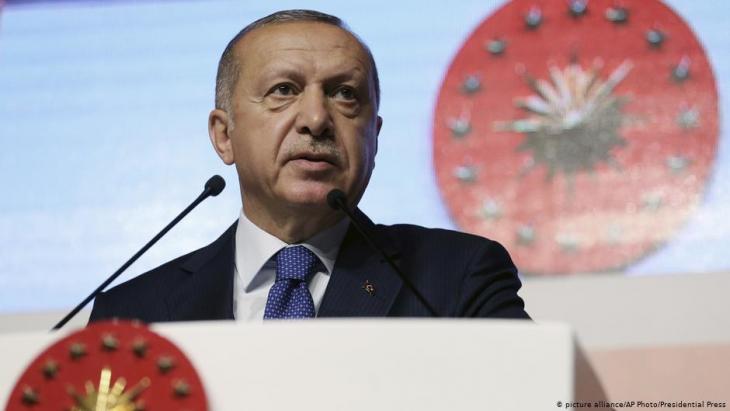 The AKP has gone too far: even many die-hard AKP supporters find their sense of fairness affronted by the governing party being such bad losers. Erdoganʹs insistence on a new election appears not to have paid off – polls currently predict a much clearer lead for Imamoglu than he had in the disputed results of 31 March

But it was also clear that the election had been won by a very narrow dummy: according to official figures, Imamoglu had a lead of just 13,729 votes, which is vanishingly small in a city of around 15 million people. Erdogan and Binali Yildirim, the last Turkish prime minister and now the AKPʹs candidate for mayor of Istanbul, continued to challenge the election result. Their party suspected irregularities – and in fact, re-counts have seen the CHPʹs vote share reduced considerably in some areas of the city.

The tensions around the results of the Istanbul election are symptomatic of Turkeyʹs current division into two camps of roughly equal strength. The major cities, home to millions of people who have moved there from every region of the country, are often viewed as miniature versions of the nation as a whole.  And this is another reason the AKP fears Imamoglu: they are afraid of a charismatic man being promoted on the glittering stage of Istanbul, and potentially becoming a dangerous opposition candidate challenging Erdogan in 2023. History could repeat itself here – only this time, for the other side. Erdogan himself once raised his profile as mayor of Istanbul, before going on to become the most powerful man in Turkey.

Istanbulites take pride in being the world’s melting pot and its natural outcome: having a bustling abundance of international cuisine. Visiting restaurants opened by recent ... END_OF_DOCUMENT_TOKEN_TO_BE_REPLACED

Award-winning poet Dincer Gucyeter’s debut novel is a tour de force through the German reality he experienced as an artist and son of Turkish immigrants, written with an unsparing ... END_OF_DOCUMENT_TOKEN_TO_BE_REPLACED

The Kurds are under attack from two sides: from Turkey, and from Iran. The situation in their territories in northern Iraq is becoming increasingly desperate. Birgit Svensson ... END_OF_DOCUMENT_TOKEN_TO_BE_REPLACED

Canan Topcu came from Turkey to Germany as a child. In her essay, she describes how bothered she was by the racism she encountered in her country of origin when she travelled ... END_OF_DOCUMENT_TOKEN_TO_BE_REPLACED

According to Turkey’s revised media legislation, spreading "fake news" now carries a prison sentence. The definition of what this entails has been kept intentionally vague. ... END_OF_DOCUMENT_TOKEN_TO_BE_REPLACED

On 3 November 2002, Erdogan's newly founded AKP, Justice and Development Party, came to power in Turkey. It has ruled the country ever since, becoming more authoritarian with each ... END_OF_DOCUMENT_TOKEN_TO_BE_REPLACED
Author:
Marian Brehmer
Date:
Mail:
Send via mail

END_OF_DOCUMENT_TOKEN_TO_BE_REPLACED
Social media
and networks
Subscribe to our
newsletter