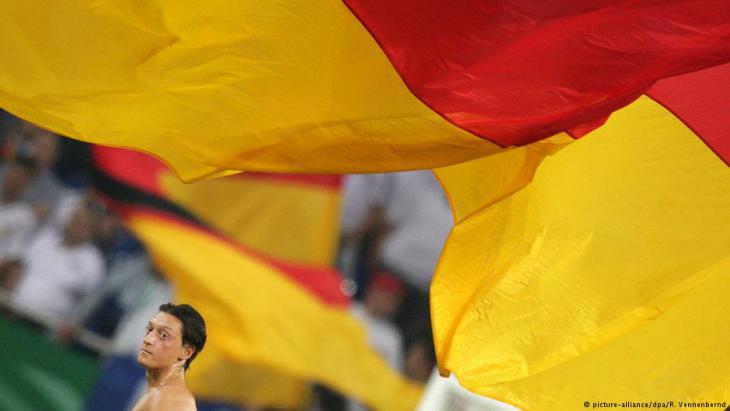 When are you German enough?

Michel Abdollahi, Idil Baydar and Y'Akoto have all experienced racism and xenophobia – despite calling Germany their home. The artists hope that the #MeTwo debate will change hearts and minds when it comes to identity. By Yalda Zarbakhch

Mesut Ozil may not have realised that his resignation from the German national soccer team would start an avalanche of dismay on social media. He quit the team saying, "When I win I'm German. When I lose I'm an immigrant." His decision was a reaction to the outpouring of criticism directed against him after Germany lost in the early stages of the World Cup.

However, the ire directed at the soccer player with Turkish parents had started building up several months earlier when he took a picture with Turkish President Recep Tayyip Erdogan.

Many Turks welcomed what seemed to them to be a tacit vote of confidence in Turkey's leader, while many Germans were dismayed at seeing Ozil's alleged support of Erdogan, whose leadership has been widely criticised as autocratic.

Ozil himself said that he felt he was being held up to double standards as a national public persona and so quit the German team in anger. Since his walk-out, thousands of people with foreign heritage have taken to social media under the hashtag #MeTwo, using it to share their own stories of being scrutinised under unfair standards and explain how they've experienced discrimination for simply having a different background. 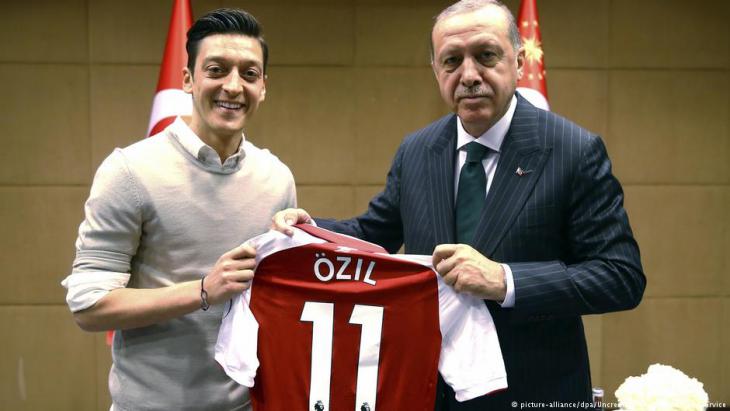 Reading between the lines: German national footballer Mesut Ozil faced a storm of criticism following this photo opportunity with President Erdogan of Turkey in May. The media-seasoned athlete apparently failed to realise the impact this would have in the run-up to the Turkish general election. In Germany, however, it became a hot-button issue of national loyalty – "an identity problem suggesting a lack of integration," as Christian Lindner, head of the FDP, put it – sparking a nationwide debate about racism and discrimination

Racism in the arts


We invited three creative minds to disclose their personal experiences with racism and how their identities have often resulted in experiences of being ostracised.

Journalist and performance artist Michel Abdollahi has become used to saying "Iran" when people ask him where he's from. He says it makes things easier – mainly for the person asking that question.

Comedienne Idil Baydar has a different view. She doesn't consider herself to have migrant background because she herself never migrated – her parents did. On stage, she says that her way to Germany was rather short: all the way from the uterus to the outside world.

Singer Y'Akoto believes that terms such as identity and home are outdated in a globalised and digitalised world and wants society to find new ways of thinking about them.

Home
Print
Newsletter
More on this topic
Islamophobia in Germany: "We need a new debate about racism"The association "Deutsch Plus": Working for diversity in GermanyGermany's identity crisis: Gundogan and Ozil are not the problem!
Related Topics
AfD | Alternative for Germany, Football and integration, Migration, Migration in Germany, Multiculturalism, Racism | discrimination, Right-wing populism, Rule of law
All Topics

Years ago, the International Holocaust Remembrance Alliance formulated how hatred of Jews can be recognised. Now a new definition is causing controversy. By Sarah Judith Hofmann END_OF_DOCUMENT_TOKEN_TO_BE_REPLACED

Among the 24 squads at the Euros, dozens of players with African roots will turn out in the June 11-July 11 tournament. Several of them are top names at this pan-continental event ... END_OF_DOCUMENT_TOKEN_TO_BE_REPLACED

Reading Hassan Blasim's God 99 is an immersive experience of grief and exaltation, anger and disgust, writes Marcia Lynx Qualey. We join the Iraqi narrator as he sits around in ... END_OF_DOCUMENT_TOKEN_TO_BE_REPLACED

Turkey's parliamentary and presidential elections are scheduled for June 2023. But they are already casting a shadow. While the opposition is calling for early elections, ... END_OF_DOCUMENT_TOKEN_TO_BE_REPLACED

Recep Tayyip Erdogan, disappointed by the European Union’s reluctance to integrate Turkey into its ranks, has re-directed his country’s diplomacy toward the Maghreb and Africa to ... END_OF_DOCUMENT_TOKEN_TO_BE_REPLACED
Author:
Yalda Zarbakhch
Date:
Mail:
Send via mail

END_OF_DOCUMENT_TOKEN_TO_BE_REPLACED
Social media
and networks
Subscribe to our
newsletter