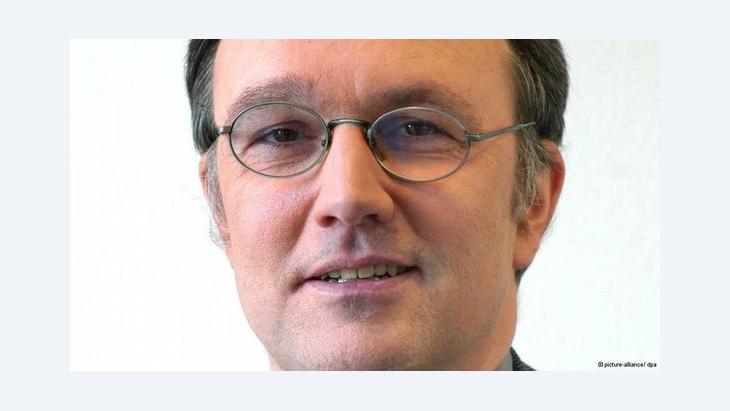 ﻿For years, the nuclear dispute between the West and Iran has been at a deadlock. In this interview with Thomas Latschan, Middle East expert Michael Lüders says that the West's main objective is not in fact to find a solution to the problem, but to stop Iran from being a power factor in the region

Mr Lüders, for years the West has been using sanctions to try and put pressure on Iran and to force it to make compromises in the nuclear dispute. So far, they have only been moderately successful. Has the West's sanction policy failed?

Michael Lüders: I think that from the point of view of the architects of this sanction policy, the sanctions have not been a failure because they have put Iran under massive economic pressure. The hope behind this policy is that the economic pressure on the regime in Tehran and on Iranian society will make people so angry about the ever-worsening economic conditions that they will take to the streets in protest.

That is the hope: that economic sanctions will indirectly bring about a regime change or will at least destabilise the regime to such an extent that it will declare itself willing to make compromises and move closer to the position of the West in the nuclear dispute. 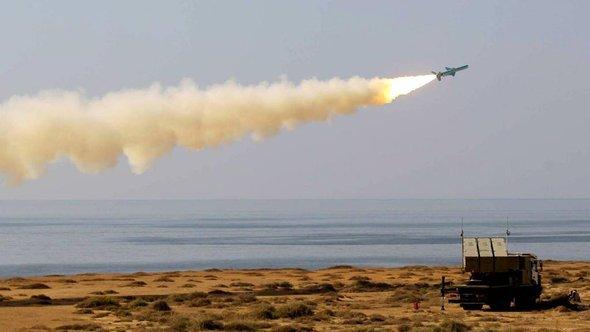 "You really don't have to be a prophet to know that an attack on Iran could set the entire region alight. The consequences and the costs of an attack on Iran would be so high and so devastating that the benefits would be completely disproportionate to the damage they would cause," Michael Lüders says

Ultimately, however, there has been very little movement on the nuclear question over the past ten years. So are the sanctions not missing their target?

Lüders: If you see the sanctions policy as an attempt to force the Iranians to the negotiating table to discuss the nuclear question, then yes, they have certainly missed their target. However, this is not ultimately what the sanctions policy is all about. Officially, it is about finding a solution with Iran through negotiations. In reality, however, it is all about destabilising the regime. That is the decisive point.

The rhetoric of war is also part of this. For example, Israel and the USA regularly threaten to carry out a preventive strike on Iran's nuclear facilities. How realistic is such a scenario and what impact would it have on the region?

Lüders: A scenario such as this is very realistic indeed. There are influential forces – hardliners – both in Israel and the USA who are considering taking military steps against Iran. At the same time, however, there are also moderate voices in the USA, in Israel and elsewhere that are warning against the consequences of a war against Iran.

You really don't have to be a prophet to know that an attack on Iran could set the entire region alight. The consequences and the costs of an attack on Iran would be so high and so devastating that the benefits would be completely disproportionate to the damage they would cause.

It remains to be seen in which direction Western policy will move. However, Iran is the last remaining country between Morocco and Indonesia not to have a pro-Western policy. That's why Iran is a target. This has less to do with human rights violations in Iran or with the nuclear problem and more to do with stopping Iran from being a regional power and not recognising the country as a geopolitical power factor in the Near and Middle East.

In other words, the dispute is about much more than just Iran's opaque nuclear policy?

Lüders: Yes. If the Iranian government was pro-West, no-one would be bothered about its nuclear policy. The way things are, however, Iran's nuclear policy is merely a vehicle for putting Iran under pressure. I get the impression that it makes no difference whatsoever what concessions Iran does or doesn't make; the pressure on Iran will increase anyway because – as I have already said – the objective of these sanctions is regime change, not a change in Iran's nuclear policy. 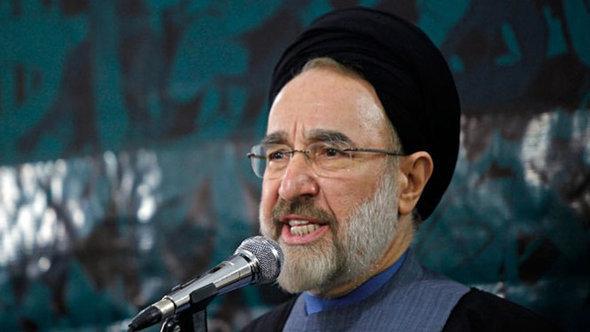 A historic missed opportunity: "In 2003 Mohammad Khatami made very clear offers of reconciliation and compromise, but no one was willing to see it for what it was. They thought that the Iranians were acting out of a position of weakness and didn't accept the offer"

​​If it was just about finding a solution to the nuclear problem, this could have been found a long time ago. But this is not the solution they are aiming for. Both the Iranians and the West like to talk at cross purposes.

Even the way the negotiations are being conducted is absurd. Take, for example, the so-called 5+1 negotiations – in other words the five permanent members of the UN Security Council and Germany – with Iran. The USA is really the decisive player in these negotiations, but they are holding back. Nominally, at least, the EU is leading these negotiations. So as far as the structure is concerned, it is quite absurd. Official bilateral contact between the USA and Iran is what is needed, but this is obviously just a bridge too far for the hardliners in the USA and in Iran.

Presidential elections will be held in Iran in June. Do you think that if Ahmadinejad is not re-elected, the election of a new president could open up new negotiation channels?

Lüders: To be honest, when you consider the situation from the point of view of those who want regime change and an end the Islamic system, I don't think it matters a jot who wins the elections in Iran. No matter who is in power, this desire will remain the same in influential circles in the USA and Israel. Even if the tone of voice were to change, the risk of another confrontation would remain.

In 2003, President Ahmadinejad's predecessor, Mohammad Khatami, made very clear offers of reconciliation and compromise, but no one was willing to see it for what it was. They thought that the Iranians were acting out of a position of weakness and didn't accept the offer. That was a historic missed opportunity.

Michael Lüders is a freelance journalist and writer and a graduate of Political Science and Islamic Studies. He lives in Berlin.

While the ongoing legal dispute between Qatar Airways and European aircraft manufacturer Airbus has sent shockwaves across the entire global aviation sector, it may also threaten ... END_OF_DOCUMENT_TOKEN_TO_BE_REPLACED

Like Christianity, Europe's history is one of migration. Both have strong roots in the Orient and in cultures thousands of years old. Cultural historian Bernhard Braun invites us ... END_OF_DOCUMENT_TOKEN_TO_BE_REPLACED

The ruling is part of an ongoing clampdown on dissent and minorities in the kingdom. But so far, it's unlikely to have an effect on the kingdom's newly polished image as a global ... END_OF_DOCUMENT_TOKEN_TO_BE_REPLACED

On 14 August 2022, Pakistan marked the 75th year of its founding. One day later, neighbouring India celebrated its own independence with much pomp. Despite the historical and ... END_OF_DOCUMENT_TOKEN_TO_BE_REPLACED
Author:
Thomas Latschan
Date:
Mail:
Send via mail

END_OF_DOCUMENT_TOKEN_TO_BE_REPLACED
Social media
and networks
Subscribe to our
newsletter