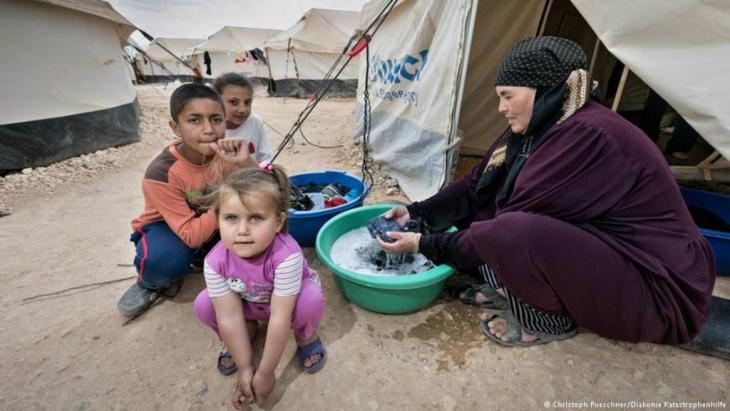 There are now more people displaced by conflict than at any time since World War II, and violent conflict in the Middle East and North Africa accounts for the majority of today's refugees. With no evidence that the fighting will end anytime soon, host countries and major donors must adjust their aid accordingly, says Lebanese Economist Nasser Saidi

The human toll from violence in the Middle East and North Africa (MENA) has reached historic proportions. Since 2000, an estimated 60% of the world's conflict-related deaths have been in the MENA region, while violence in Iraq, Libya, Syria and Yemen continues to displace millions of people annually.

For countries hosting refugees from these conflicts, the challenges have been acute. According to a 2016 report by the International Monetary Fund, MENA states bordering high-intensity conflict zones have suffered an average annual GDP decline of 1.9 percentage points in recent years, while inflation has increased by an average of 2.8 percentage points.

Large influxes of refugees put downward pressure on a host country's wages, exacerbating poverty and increasing social, economic and political tensions. And yet most current aid strategies focus on short-term assistance rather than long-term integration. Given the scale and duration of MENA's refugee crisis, it is clear that a new approach is needed, one that shifts the focus from temporary to semi-permanent solutions.

To accomplish this, three areas of refugee-related support need urgent attention. First, donor countries must do more to strengthen the economies of host states. For example, by buying more exports from host countries or helping to finance health-care and education sectors, donors could improve economic conditions for conflict-neighbouring states and, in the process, create job opportunities for refugees.

For this to pay off, however, host countries will first need to remove restrictions on refugees' ability to work legally. Allowing displaced people to participate in formal labour markets would enable them to earn an income, pay taxes and eventually become less dependent on handouts as they develop skills that eventually can be used to rebuild their war-ravaged countries. 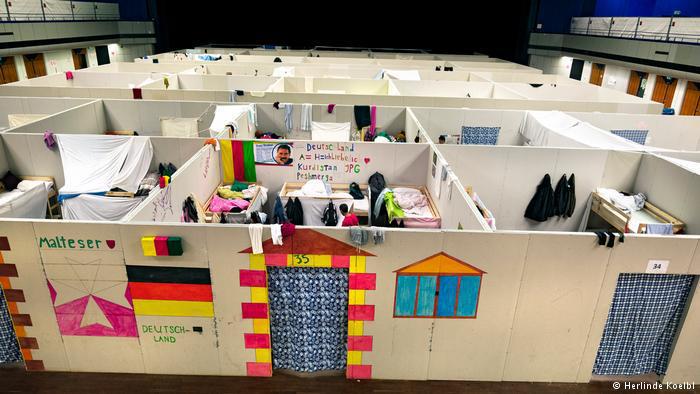 "Allowing displaced people to participate in formal labour markets would enable them to earn an income, pay taxes and eventually become less dependent on handouts," writes Nasser Saidi. According to the Federal Office for Migration and Refugees, "recognised asylum applicants who have received a positive notice from the Federal Office may as a matter of principle work on an employed basis without restrictions, and may also engage in self-employment." Pictured here: emergency shelters in a German refugee reception centre

Employment might seem obvious, but most MENA host countries currently bar refugees from holding jobs in the formal sector (Jordan is one exception, having issued some 87,000 work permits to Syrian refugees since 2016). As a result, many refugees are forced to find work in the informal economy, where they can become vulnerable to exploitation and abuse.

But evidence from outside the region demonstrates that when integrated properly, refugees are more of a benefit than a drain on host countries' labour markets. For example, a recent analysis by the Refugee Studies Centre at the University of Oxford found that in Uganda, refugee-run companies actually increase employment opportunities for citizens by significant margins.

A second issue that must be addressed is protecting refugees' "identity", both in terms of actual identification documents and cultural rights. For these reasons, efforts must be made to improve refugees' digital connectivity, to ensure that they have access to their data and to their communities.

One way to do this would be by using blockchain technology to secure the United Nations' refugee registration system. This would strengthen the delivery of food aid, enhance refugee mobility, and improve access to online-payment services, making it easier for refugees to earn and save money.

Improved access to communication networks would also help refugees stay connected with family and friends. By bringing the Internet to refugees, donor states would be supporting programmes like "digital classrooms" and online health-care clinics, services that can be difficult to deliver in refugee communities. Displaced women, who are often the most isolated in resettlement situations, would be among the main beneficiaries.

Finally, when the conflicts end – and they eventually will – the international community must be ready to assist with reconstruction. After years of fighting, investment opportunities will emerge in places like Iraq, Syria and Sudan, and for the displaced people of these countries, rebuilding will boost growth and create jobs. Regional construction strategies could reduce overall costs, increase efficiencies, and improve economies of scale. 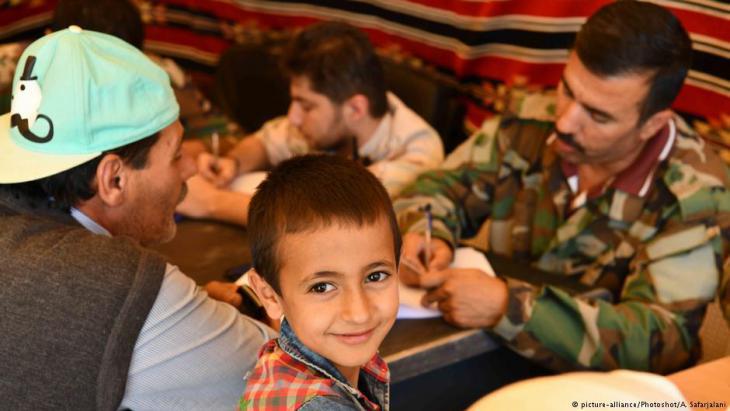 According to the UNHCR, hardly any refugees have returned to Syria. In the first six months of the year, only 13,000 in total have gone back. Almost 12 million Syrians have fled their homes: 5.6 mllion have sought refuge abroad while a further 6 million have been internally displaced

In fact, the building blocks for the MENA region's post-war period must be put in place now. For example, the establishment of a new Arab Bank for Reconstruction and Development would ensure that financing is available when the need arises. This financial institution – an idea I have discussed elsewhere – could easily be funded and led by the Gulf Cooperation Council with participation from the European Union, China, Japan, the United States, the Asian Infrastructure Investment Bank, and other international development actors.

With this three-pronged approach, it is possible to manage the worst refugee crisis the world has experienced in decades. By ensuring access to work, strengthening communication and digital access, and laying the groundwork for post-war reconstruction, the people of a shattered region can begin planning for a more prosperous future. The alternative – short-term aid that trickles in with no meaningful strategy – will produce only further disappointment.

Nasser Saidi, former Chief Economist of the Dubai International Financial Center, is a former vice governor of the Bank of Lebanon and has served as Lebanon's Minister of the Economy and Industry. He is the author, most recently, of the OECD report Corporate Governance in the MENA Countries.

Initial statements by the Biden administration indicate it will follow a carrot and stick policy towards Turkey. Ankara believes its role in negotiations on various issues could ... END_OF_DOCUMENT_TOKEN_TO_BE_REPLACED

Investigations by German federal prosecutors into the evidence of chemical warfare in Syria are ongoing. Deutsche Welle and Der Spiegel gained exclusive access to witnesses and ... END_OF_DOCUMENT_TOKEN_TO_BE_REPLACED

Did the Saudi state plan the assassination of Jamal Khashoggi? Was Khashoggi so much of a threat to the Saudi regime that it was prepared to commit a terrible crime to get rid of ... END_OF_DOCUMENT_TOKEN_TO_BE_REPLACED

Omid Nouripour fled Iran for Germany with his family at the age of 13. Today, he is foreign policy spokesman for Germany’s Green Party. He argues that societal differences should ... END_OF_DOCUMENT_TOKEN_TO_BE_REPLACED

Last week Egypt's police stepped up an "unprecedented escalation" on activists by arresting a leading rights group director. Advocates on the Nile have long weathered a crackdown ... END_OF_DOCUMENT_TOKEN_TO_BE_REPLACED

What drives young men into the arms of Islamist extremists – and how can they be re-integrated into society? Five years after the deadly attacks in Paris, urgent questions remain ... END_OF_DOCUMENT_TOKEN_TO_BE_REPLACED
Author:
Nasser Saidi
Date:
Mail:
Send via mail

END_OF_DOCUMENT_TOKEN_TO_BE_REPLACED
Social media
and networks
Subscribe to our
newsletter