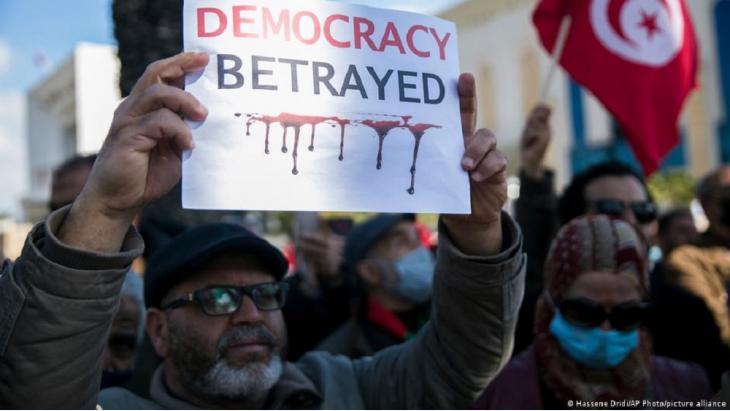 Middle East and North Africa
The next Arab Spring will come

Where are the measures to deal with the looming challenges facing the Arab world? In this commentary, Marwan Muasher warns that the region is in grave danger of falling behind when it comes to human development

When the Arab uprisings kicked off over a decade ago people hoped they would lead to greater pluralism, more democratic government and systems in which the law prevails without fear or favour. It was also hoped that economic development would improve living standards and address in a systematic and sustainable manner the challenges of growing unemployment, increasing public debt and rising prices.

Some, myself included, warned it could be years before we would see real change in the Arab world, before the protests transitioned into a pluralistic modern state with lasting institutions. Until recently, Tunisia's early promise appeared to indicate that a quick success – in terms of establishing a civil democracy and closing the gap between the Arab region and other parts of the world – might indeed be possible.

More than ten years on from the Arab Spring, however, the Arab world still refuses to learn any lessons from what happened that might lead to more stable and prosperous modern societies. Most Arab regimes lag behind the rest of the world in terms of indicators of freedom and knowledge. The consequences of this decline can be seen in the region's woeful levels of development.

Taking stock of the situation across the Arab world, there is little that would please an enemy, let alone a friend. A number of Arab countries are on their way to becoming failed states, ripped apart by civil wars and failed governments; their resources gobbled up by foreign players. Most of these states are countries that failed to respect the diversity of their constituent parts: Lebanon, Libya, Yemen, Syria and Iraq are prime examples. Though in possession of human, financial and natural resources, they lack basic standards of governance or respect for their own ethnic, religious and gender diversity.

The other model is that of the authoritarian state. Prior to the Arab Spring, such systems existed in most Arab countries and they continue to exert control today, despite the deteriorating economic, security and social conditions. It's a model that is hard to change, because those with vested interests prefer to take the easiest path politically. This leads to a reliance on foreign aid, public debt, indirect taxes and high inflation, as opposed to meaningful political and economic reform. Every decision is aimed at safeguarding personal privilege and the outdated rentier system. 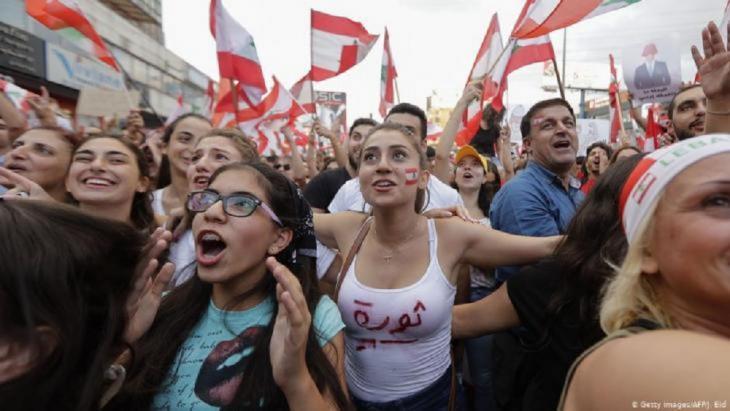 People in Lebanon protest against their government. According to Marwan Muasher, Lebanon is one of the states in the Arab world that has failed to respect the diversity of its constituent parts: "Though in possession of human, financial and natural resources, they lack basic standards of governance or respect for their own ethnic, religious and gender diversity," he writes of these countries

While Egypt is evidence of the continuation of this model, Tunisia is about to re-join the club. Throwing the democratic gains of recent years to the wind, those wielding power in Tunis can't even be bothered to come up with an economic vision to address the country's problems.

Then there is the third model, represented by most of the Arab monarchies. This model offers minor reforms focussing on a few economic and social changes, which mollify the general public, if only briefly. Yet there is no comprehensive vision for the making of a modern state or for including governance systems designed to distinguish between sustainable economic development through increased productivity on the one hand and rentier capitalism on the other, with the hope of striking a balance.

Many Gulf Arab states have naturally begun to realise that they cannot depend on oil for ever and they are making huge strides in terms of serious economic development. What they fail to comprehend is that they also need to take parallel strides in the area of political reform.

The challenges faced by the Arab world are both grave and deep-rooted, exacerbated by decades of poor governance. Yet the region is also confronting new problems: in addition to those caused by the Arab Spring and the drop in the oil price, there is now the COVID-19 pandemic and the Russian invasion of Ukraine.

Though temporary in nature, these new challenges have rendered the overall task much more difficult, triggering serious rises in unemployment, public debt, inflation and food prices. 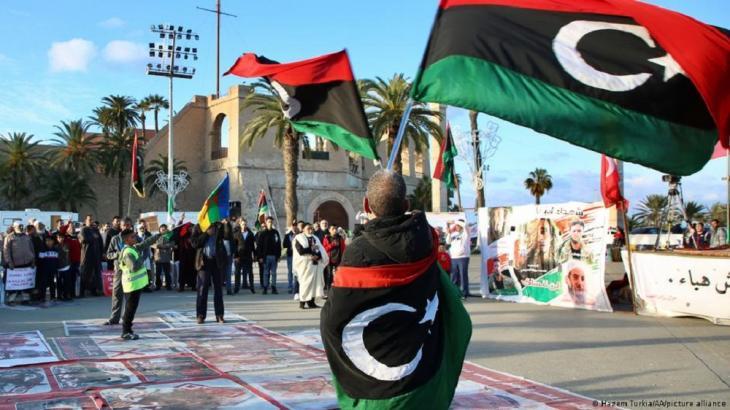 Marwan Muasher says that the Arab world cannot afford to give in to the status quo without risking serious repercussions. "There is no easy way," he warns, "no half-hearted reforms or hankering for the past will protect them from the challenges of the present and the future"

Another major issue that the region has studiously ignored until recently is climate change. Rising temperatures are accelerating water evaporation, reducing water reserves and shrinking the amount of cultivable land. The impasse between Egypt and Ethiopia over the Grand Ethiopian Renaissance Dam (GERD) proves the impact climate change can have on international relations.

The Arab world, currently home to more than half the global total of refugees, also finds itself at the heart of the refugee crisis. Aside from its impact on the ethnic make-up of host countries, this crisis necessarily has humanitarian, economic and security repercussions.

Nowadays we live in a region plagued by crises, many of which are unpredictable and global in impact. Yesterday's policy toolkit is not good enough to tackle the challenges of today, in the Arab world or beyond. The question is: was the old toolkit even capable of solving yesterday's challenges?

This is not a cry of despair about the future, nor can we afford to give in to the status quo without risking serious repercussions. Indeed, it is our duty – as citizens and as Arabs – to keep sounding the alarm against any continuation of the present state of play.

If the Arab countries want to catch up with human development elsewhere, they will need new approaches, including a comprehensive and integrated vision to address their specific political, economic and social challenges. There is no easy way: no half-hearted reforms or hankering for the past will protect them from the challenges of the present and the future.

Ignore these threats and I fear we will see a new wave of Arab protests. They may be less peaceful than in the past – and they may have far-reaching consequences that are not in all our interests.

The devaluation of the Egyptian pound combined with rising food prices is taking its toll on Egypt. More and more people are slipping into poverty. Karim El-Gawhary reports from ... END_OF_DOCUMENT_TOKEN_TO_BE_REPLACED

Egyptian Sufis have been on the defensive against the country's Islamists for decades. Meanwhile, interest in mysticism is growing among the young members of Cairo’s middle and ... END_OF_DOCUMENT_TOKEN_TO_BE_REPLACED

Abortions are illegal in Egypt unless they are necessary to save a married woman's life. But that doesn't stop local women from having one. Egyptian society needs to acknowledge ... END_OF_DOCUMENT_TOKEN_TO_BE_REPLACED

Food prices doubled, salaries halved, banks restricting withdrawals: Egyptians now have the same problems as the Lebanese. But if things get worse here, the fallout will be far ... END_OF_DOCUMENT_TOKEN_TO_BE_REPLACED

Giessen, Eichsfeld, Kusel, Berlin – cars bearing old German number plates are the latest trend on the streets of Cairo. Many Egyptians regard the discarded plates as chic. What ... END_OF_DOCUMENT_TOKEN_TO_BE_REPLACED

END_OF_DOCUMENT_TOKEN_TO_BE_REPLACED
Social media
and networks
Subscribe to our
newsletter