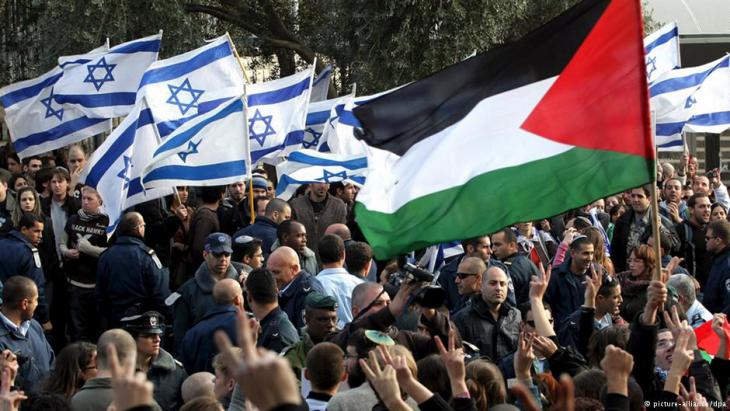 The West likes to repeat its criticism of Israel's settlement policy but does nothing to put a stop to it. That's why the two-state solution is just empty rhetoric, writes Joseph Croitoru

The recent UN Security Council Resolution 2334 has caused quite a stir. Because the decades-old settlement policy in the Palestinian territories has been condemned as a serious threat to the so-called two-state solution, the Israeli government sees itself as being treated unfairly.

All the same, there is nothing really new about this resolution, which essentially repeats criticism expressed by the international community on previous occasions, nor is there anything new about the aggressive way Israel reacted. The Security Council has passed more than 200 resolutions critical of Israel, including many which condemn Israel's treatment of the Palestinians. Under international law, refugees cannot be barred from returning to their homeland.

Today, it has nearly been forgotten that after the 1948 war and until as late as 1966, more than 100,000 Palestinians in Israeli territory were placed under military administration. The methods of suppression used against the Palestinians formed the basis for the creation of the Israeli occupation apparatus in the Palestinian territories after 1967. Right from the beginning, they focused on reducing the areas where Palestinians could live and, whenever possible, on isolating them from one another.

This strategy was followed by a settling of the occupied areas in the West Bank and Gaza Strip in violation of international law – which the Israelis began shortly after the Six-Day War. Even at the time, several settlements were not only founded in the so-called Gush Etzion, a relatively densely populated Palestinian area south of Jerusalem; in the Jordan Valley, too, a number of Israeli settlements were established as a type of buffer to make it more difficult for the Palestinians to gain access to the River Jordan.

The construction of the first Jewish neighbourhoods in east Jerusalem, which began as early as 1970, served a similar purpose: to prevent the natural growth of the Palestinian areas there and cohesion between them. 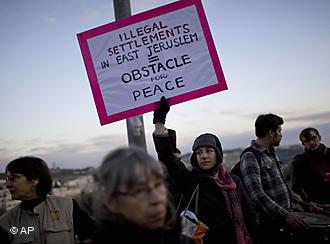 Contravening international law and an obstacle to peace in the Middle East: these days, some 600,000 Israelis inhabit 125 settlements located throughout the West Bank and East Jerusalem. Then there are the 100 or so unplanned settlements, which Netanyahu′s right-wing religious government are seeking to have legally recognised. Internationally Israel′s policy of settlement building is seen as one of the greatest obstacles to achieving a long-term solution to the Middle East conflict

That such measures and the massive settlements policy in the 1970s and 1980s served to torpedo the creation of a Palestinian state is considered an obvious truth nowadays, but this perspective is somewhat anachronistic: an independent Palestinian state was far beyond the imagination of leading Israeli politicians at the time.

The settlement activities reflected aspirations to expand, with the aim of creating a "Greater Israel". That even the notion of some kind of Palestinian autonomy emerged in 1979 within the framework of the Israeli-Egyptian peace treaty was due entirely to massive international pressure on the Israeli government, which ultimately torpedoed the plan under the leadership of Menachem Begin.

The foundation of a Palestinian Authority actually came from the national uprising of the Palestinians and the resulting 1993 Oslo Accord. The Israeli government argued that its opposition to the creation of an independent Palestinian state was mainly due to Palestinian terrorism. It carried out reprisals against the terror and moved to build even more settlements.

The international community has regularly criticised Israel's settlement policy, but it has left it at that without imposing any painful sanctions. The Israeli government concluded that settlement construction had been accepted and over time went on the offensive rhetorically with angry outbursts and allegations of anti-Semitism against the United Nations and even against its strongest ally, the United States, which nonetheless continued its massive military support for Israel without restrictions. 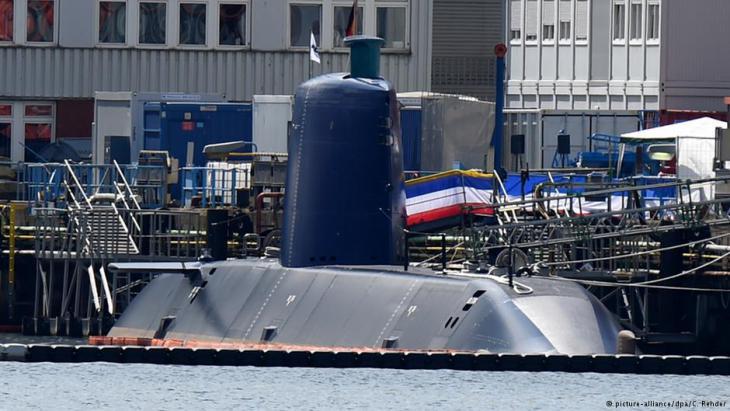 Undermining the Palestinian and Israeli peace process: "in the West, where many countries continue to co-operate closely with Israel on arms and security, one should really ask the question why one still calls on Jerusalem to realise the two-state solution while assisting Israel directly or indirectly with its military build-up," criticises Croitoru

Under President Barack Obama this support was even increased. It was similar in Germany, too, which, under the Merkel government, supplied Jerusalem with submarines and warships despite all the criticism of Israeli settlement policy.

In the West, where many countries continue to co-operate closely with Israel on arms and security, one should really ask the question why one still calls on Jerusalem to realise the two-state solution while assisting Israel directly or indirectly with its military build-up.

This behaviour and the waiving of effective sanctions only serve to strengthen the ultra-right in Israel as well as Palestinian extremists and undermine the peace process on both sides.

Adherence to the idea of a two-state solution is nothing but empty rhetoric and that has not gone unnoticed in Israel. It allows the Israeli right to triumph and drives the Israeli left to despair – just like the moderate Palestinians, who, as it looks, cannot expect anything positive from Washington under the future Trump administration. Europe, therefore, will need to take a tougher stance against Jerusalem.

Despite what heads of state may claim, the Russian attack on Ukraine is not a wake-up call for a self-confident Europe that defends its values. The war is accelerating the decline ... END_OF_DOCUMENT_TOKEN_TO_BE_REPLACED

At the EU's outer borders, the right of migrants to a fair asylum procedure continues to be systematically disregarded. Take Greece, for example: in the worst case scenario, those ... END_OF_DOCUMENT_TOKEN_TO_BE_REPLACED

Madrid's about-face on the Western Sahara conflict has enraged Algeria. Trade relations have been frozen unilaterally and a cut in gas supplies to Europe could be in the pipeline ... END_OF_DOCUMENT_TOKEN_TO_BE_REPLACED

Mourad al-Marouai was just nine when a landmine killed him on a beach in war-torn Yemen, a tragedy that will haunt his family forever. After a swim, the little boy "suddenly ... END_OF_DOCUMENT_TOKEN_TO_BE_REPLACED

A ceasefire has been in effect in Libya for the past year and a half. Yet after Russia's attack on Ukraine, another proxy war looms in Africa's most oil-rich country. Mirco ... END_OF_DOCUMENT_TOKEN_TO_BE_REPLACED

The Ukraine war has seen energy prices spike with oil producers in the Middle East making more money than ever. But will it put the brakes on long-planned reforms to diversify oil ... END_OF_DOCUMENT_TOKEN_TO_BE_REPLACED
Author:
Joseph Croitoru
Date:
Mail:
Send via mail

END_OF_DOCUMENT_TOKEN_TO_BE_REPLACED
Social media
and networks
Subscribe to our
newsletter