"Land for Peace" – that was the formula upon which the 1993 Oslo Accords between Palestinians and Israelis was based. Yet, the Palestinian dream of their own state is still not an inch closer to reality. Birgit Kaspar reports

The so-called 'Israeli West Bank barrier' generally runs along or near the 1949 Jordanian-Israeli armistice/Green Line, but diverges in many places to include on the Israeli side several of the highly populated areas of Jewish settlements in the West Bank

​​ According to the agreement in Oslo, a negotiation phase between the Palestinians and the Israelis was to be followed by the creation of two separate states living peacefully side-by-side. This basic idea was confirmed again in 2003 as part of the so-called "Road Map" of the Middle East Quartet. Yet, after ten years, there is still no two-state solution.

President Barack Obama, who hoped to revive the peace process, has had no success to show to date. Alastair Crooke, head of "Conflicts Forum" and former Middle East advisor to the EU, is of the opinion that an era is drawing to a close with these efforts to achieve peace in the Middle East.

A completely new phase of the situation 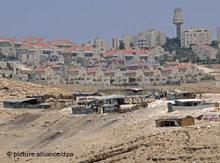 Ma'ale Adumim is the largest illegal settlement on the West Bank. Peace Now, an organization advocating for the return to pre-1967 borders, claims that 86.4% of Ma'ale Adumim is privately owned Palestinian land

​​ The "Land for Peace" formula has been sidelined by reality, claims Crooke. This is, he says, the result of the growth in Israeli settlements. At the start of peace negotiations in 1993, some 116,000 Israelis lived in the West Bank. Today, the number is 285,000. Occupied land is being constantly appropriated. The ten-month limited partial freeze on new settlement construction has not convinced the Arab side that Israeli politicians have altered their position.

Martin Singer from the Begin-Sadat Center for Strategic Studies in Tel Aviv has stressed that this is merely a strategic move by Benjamin Netanyahu in an attempt to avoid open confrontation with Obama. "In a couple of years, all traces of this concession will have disappeared," assures Singer.

According to diplomats in Beirut, Arab states will, sooner or later, rethink their peace initiative, which involves a normalization of relations with Israel in exchange for the return of land occupied since 1967. Until now, finding an alternative strategy has been an enigma. 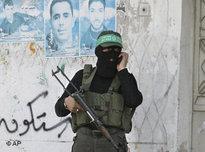 On the Palestinian side, civil and military resistance will seek new forms of expression, predicts Rami Khoury from the American University in Beirut

​​ Yet, in Arab capitals, the prevailing view is that Israel wants the whole territory for itself, says Taher al Masri, Speaker of the Jordanian Senate. "The Israelis have been slowly annexing the land for years. Against this background, how can you hope to convince us that they really want peace?"

Some Palestinians are reconsidering a bi-national single state solution, a position rejected by Israel. Others favour the unilateral declaration of a Palestinian state. All of these ideas, however, are unrealistic, says Rami Khoury from the American University in Beirut. "These are proposals from a failed leadership that is seeking to preserve its dignity."

Khoury expects that the deadlock will continue. "We will probably see an intensification of Israeli racism, militarism, and colonialization." On the Palestinian side, civil and military resistance will seek new forms of expression. "The tensions will only get worse."

In addition to the growth of settlements on Palestinian land, there is another reason why the "Land for Peace" formula is no longer seen by many as the key to solving the problem. Both parties in the conflict feel that their experience with the implementation of this principle has, to date, been largely negative. 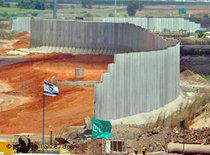 "Fortress Israel": after the Israeli pullout, Palestinians living in the cordoned-off Gaza Strip regard themselves as inmates in a sort of open-air prison

​​ After the Israeli pullout, Palestinians living in the cordoned-off Gaza Strip regard themselves as inmates in a sort of open-air prison. With the partial disengagement of the Israelis, people in the West Bank now live in small enclaves that are separated from each other by hundreds of checkpoints and barriers, which leave the population subject to attacks by Israeli security forces.

On its side, the Israeli population complains that the withdrawal of its army from southern Lebanon and the Gaza Strip has left it subject to attacks by Katyusha rockets. This is why politicians in Jerusalem have returned to the position of "fortress Israel" and reliance on the military.

Pulling out the sledgehammer

Nonetheless, after the two last wars, 2006 against in Lebanon and 2008 against in Gaza, things have been relatively calm on both fronts. Jerusalem has come to the conclusion that it must now and again pull out its sledgehammer so that things will remain quiet for a while, says Alastair Crooke.

The Palestinians, by contrast, find themselves with their backs to the wall and, at present, can only concentrate their efforts in finding a new and trustworthy leadership that includes all the various political factions. The West, for its part, should finally admit that it no longer knows how to resolve the stalemated conflict, suggests Crooke. "We should very carefully consider introducing new ideas into the game and no longer simply playing with the old, worn-out cards."

Translated from the German by John Bergeron
Qantara.de

Palestinian-British Author Samir El-Youssef
The Language of a Lost Youth
The Palestinian writer Samir El-Youssef has found his identity in exile in London. Yet the idea of a homeland has always been alien to him. A portrait by Alexandra Senfft

END_OF_DOCUMENT_TOKEN_TO_BE_REPLACED
Social media
and networks
Subscribe to our
newsletter