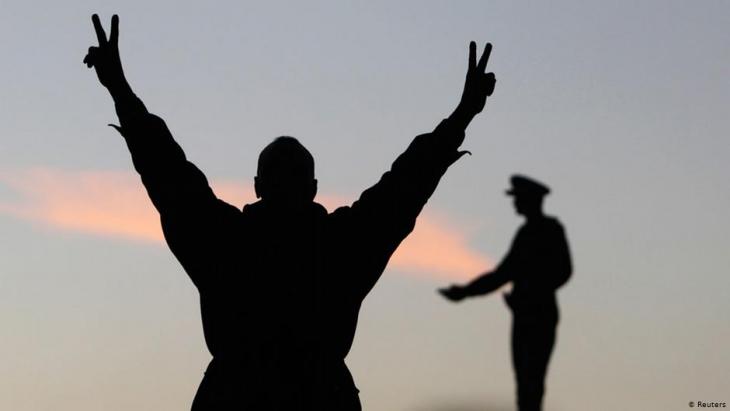 For people in the Arab world to be able to throw off the yoke of military rule, a new balance must be struck between political and social forces and the military. Though it is now years since the Arab Spring, this goal still seems a long way off. By Ali Anouzla

What we see today in one Arab state after another is the military taking over power. The precise situation in each country varies, but it’s the same picture that has been repeated for more than half a century from Algeria to Sudan, through Mauritania and Libya, and back to Egypt.

In Algeria, the greatest achievement of the current uprising is that it pushed the army to come out into the open and to announce that it is the de facto ruler. The commander-in-chief of the armed forces, Ahmed Gaid Salah, is today the real strongman after the ousting of President Abdelaziz Bouteflika and his cronies.

The truth is that the army has always ruled Algeria and it is seen as the kingmaker. It was the army that brought Bouteflika back from exile in the UAE 20 years ago and appointed him as ruler in perpetuity of the Algerian people. And the army ruled alongside him, albeit from behind the scenes.

In Sudan, the so-called "Transitional Military Council", which is nothing but a continuation of ousted President Omar al-Bashir's regime, is manoeuvring around the demands of the civil uprising in order to reinstate a new form of the same old military rule which has governed Sudan since its independence nearly 60 years ago.

The picture in Mauritania is even clearer. General Mohamed Ould Abdel Aziz came to power in a military coup. He takes it in turn with his defence minister, General Muhammad Ould Al-Ghazwani by means of dodgy ballot boxes, with the upshot that power remains in the hands of the military.

In a military stranglehold

Meanwhile in Libya, the picture is grim: a retired brigadier is seeking to impose himself by force as military ruler in the same way as did the tyrant Muammar Gaddafi who oppressed the Libyan people for four decades. 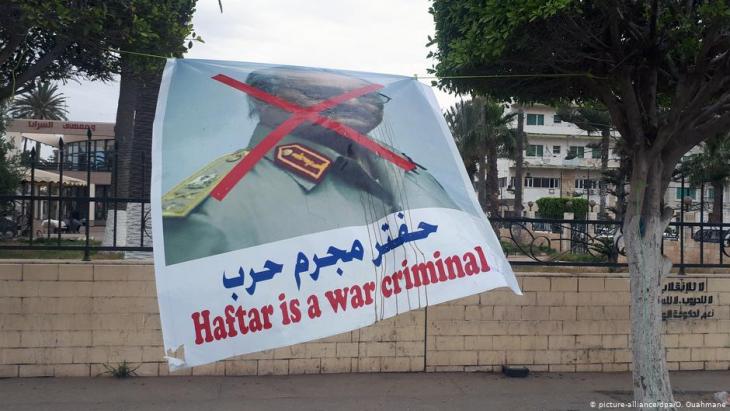 Aping the tyrant Muammar al-Gaddafi: Libyan general Khalifa Haftar launched an offensive on the Libyan capital Tripoli – seat of the internationally recognised unity government – at the beginning of April. Troops loyal to the government and Haftarʹs units have been engaged in bitter fighting for control of the capital ever since

Returning to Egypt, the army not only holds political power, which it has done since the 1952 coup, it also heads a vast economic and media empire that controls the state and has a monopoly in every walk of life.

All in all, the picture looks very bleak, especially when you realise that, among the political forces and even among the revolutionary activists, there are some who still believe that the army could be a new social engine of popular revolution. Yet it is the military that controls the Arab state and that has suffocated society for over half a century.

The most common misconception in this Arab world of ours lies in the belief entrenched in the collective Arab psyche of the army establishment as a "sacred" institution. The army is accorded a "blessed entitlement" to protect our societies, to preserve national unity and to maintain territorial integrity.

No knights in shining armour

Over the past seven years, however, as people in Syria, Libya, Yemen and Egypt have taken to the streets to demand their right to self-determination, this conviction has been shattered before our very eyes. The region is still under the thumb of military regimes – juntas that will stop at nothing to ensure their survival, even if they end up ruling over a mere postage stamp of land, with all the rest destroyed.

Nouara may be 65, but she is ready to join thousands of others who burn their ID and pay traffickers for the chance of a new life in Europe. Zineb Bettayeb reports END_OF_DOCUMENT_TOKEN_TO_BE_REPLACED

In Doha, Arabs from Morocco, Tunisia, Egypt and Algeria are gathering to celebrate the first ever FIFA World Cup to be held on Arab soil. The criticism from Europe? Over the top, ... END_OF_DOCUMENT_TOKEN_TO_BE_REPLACED

"Rebel Game: The Power of Football in the Middle East and the Qatar World Cup", an anthology published by Middle East researchers Jan Busse and Rene Wildangel, takes the upcoming ... END_OF_DOCUMENT_TOKEN_TO_BE_REPLACED

After a two-year hiatus, the Arab League re-convened at the beginning of November in Algiers against a backdrop of uncertainty and discord. By Pierre Boussel END_OF_DOCUMENT_TOKEN_TO_BE_REPLACED

The history of Jews and Muslims is far more entangled than you might imagine – but you have to listen out for it. In "Recording History", Christopher Silver takes us on a sonic ... END_OF_DOCUMENT_TOKEN_TO_BE_REPLACED
Author:
Ali Anouzla
Date:
Mail:
Send via mail

END_OF_DOCUMENT_TOKEN_TO_BE_REPLACED
Social media
and networks
Subscribe to our
newsletter