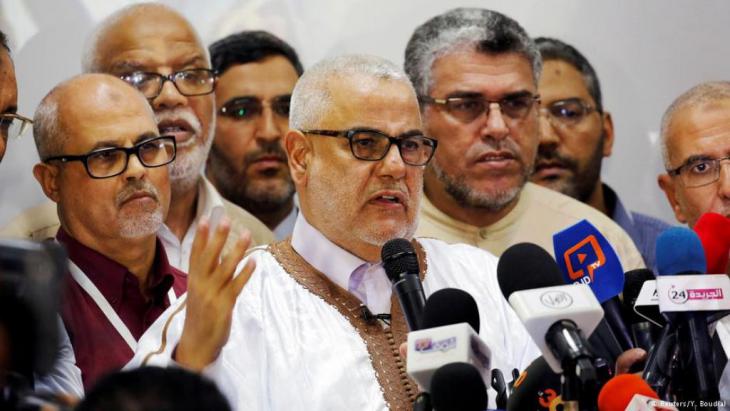 Although Morocco's Islamists have also taken unpopular decisions during their five years in government, this has done surprisingly little to dent their popularity. Yet their governmental record remains overshadowed by a lack of competence and experience. The Moroccan political analyst Ali Anouzla on the reasons for the Islamists' triumph

Consider the trajectory of the Justice and Development Party (PJD) – the representative of political Islam in Morocco – and prepare to be amazed. Since this party opened itself up to the possibility of participation in "legal" political life, it has gone from strength to strength.

If certain "measures" had not been introduced in the run-up to the election, the party would quite possibility have done even better. The measures in question include, for example, the redistribution of particular constituencies in a bid to neutralise the effect of the PJD vote share and the lowering of the electoral threshold from 6 percent to 3 percent, which was officially intended to make it easier for smaller parties to enter parliament. But in actual fact, it only served to split the vote.

Shortly before the start of the election campaign, the Interior Ministry struck around 100,000 people off the electoral roll, apparently because they had not registered online. But the actual reason for this annulation was that these were people who had been mobilised to register by the PJD – fully in line with an Interior Ministry campaign aimed at encouraging voter participation.

The political will of the populace

The Moroccan legal system even explicitly grants "legal" political parties a mobilising role such as this, after all this is one of the most important tasks that the constitution foresees for parties – forming the political will of the populace. It is remarkable that the PJD was able to gain such a large number of seats, despite the harassments it was subjected to – from both influential circles within the "deep state" as well as upon instructions from the top – and despite the smear campaigns staged against it by pro-establishment media aimed at torpedoing its moral credibility.

Directly before the election, an anonymously declared demonstration (not supported by any of Morocco's political actors) in Casablanca served as a welcome reason for the very state apparatus that had authorised it to denounce the calls allegedly made there for a "Muslim Brotherisation of the state" and an "Islamisation of society". 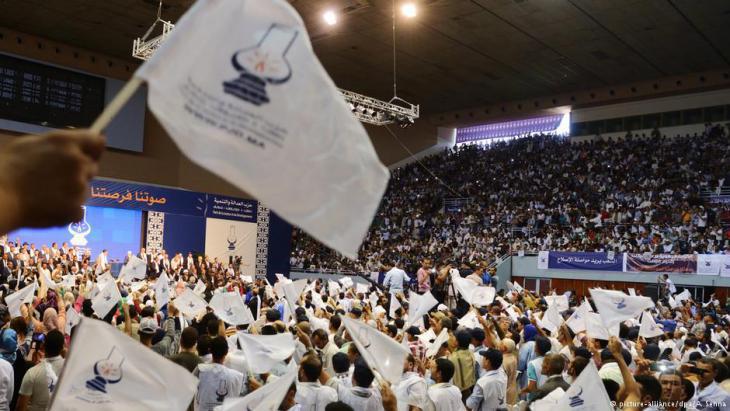 Charged with forming the new government: during the general election at the beginning of October, the Justice and Development Party (PJD) won 125 of a possible 395 parliamentary seats. Its main rival, Morocco′s Authenticity and Modernity Party (PAM) which has close ties to the royal dynasty, came second with 102 seats. The PJD swept to power in 2011, following mass protests in Morocco during the Arab Spring

Secretly these accusations were attributed to the current governing PJD party, although they actually came from parties close to the state apparatus as well as other voices close to it.

Against this background it should be borne in mind that this party has managed time and again to win the trust of an increasing number of voters. Surprisingly, five years in government, during which it also took unpopular decisions, have not dented its popularity.

And that, although its governmental record was overshadowed by a lack of competence and experience and there was justification for serious criticism. To cite a few examples: an increase in foreign debt, liberalisation and a rise in food prices, a growth slowdown and an increase in unemployment. Despite all this, Interior Ministry figures put the number of votes attained by the party at 1.6 million; the party itself claims 1.8 million votes. In any case, it has been able to stabilise its voter base, or even increase it further.

Taking all these factors into consideration, the massive support for the Islamist party – at a time when there is much talk of a decline in political Islam in the Arab world – can be interpreted as follows:

Firstly: as a conscious political decision in favour of the PJD and its social project, which is guided by Islam. This can be gleaned from the striking fact that in these elections, the PJD was the only party in the current governing coalition to record a clear increase in support, while the other coalition partners were forced to accept painful losses, both in terms of the number of votes and the number of seats attained by each individual party. 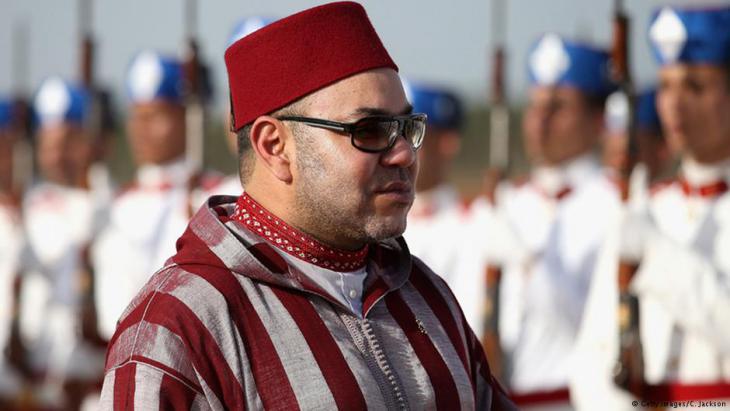 The will of the king is sacrosanct: the monarch, King Mohammed VI., whose family has ruled the country for 350 years, remains the highest authority in the land. Despite reform that followed in the wake of the Arab Spring, much of the real power still lies with him

Secondly: as a kind of sympathy vote, in reaction to the smear campaign against the party levelled by the afore-mentioned circles during the last legislative period (and again, in a more concerted fashion, during the election campaign).

Thirdly: as a consequence of the great communication talent of the PJD Secretary General Abdelilah Benkirane, who has something that has now become generally rare in the political landscape of Morocco and the Arab world – charisma. Some therefore regard him as a populist. But Benkirane has demonstrated his ability to overcome tests and has emerged from these as a stronger leader.

Fourthly: as a result of the party's pragmatic policy approach focused on gradual reform from within, in association with a pronounced ability to adopt to reality and make concessions.

Fifthly: as a result of the enrichment of the party's political discourse with a portion of nationalism and relationship to Islam. This has enabled the party to appeal to broad strata of a Moroccan society that is still largely conservative.

Sixthly: due to the party's effective propaganda machine, which on the one hand relies on traditional means of communication, yet on the other also makes use of up-to-the-minute communication technology. As a result, it succeeded in competing with both the official and unofficial propaganda instruments of the state and its organs.

Seventhly: due to the success of the party – which, in comparison with most of its competitors, is still relatively new on the political stage – in establishing an election campaign machinery that has proven its efficiency in the overcoming of all harassment against the party and that has thus far even functioned more effectively than the Interior Ministry machinery with all the possibilities available to it.

The party succeeded in covering all constituencies and being present with its election observers at all polling stations. That is how its Secretary General was able to announce the victory of his party before the Interior Ministry – much to the discomfort of the Moroccan power apparatus. In an Interior Ministry announcement during election night, the PJD was accused of calling into the question "the royal will to make democracy a firmly-anchored practice and an irreversible directional decision".

So here we have a number of attempts at explaining why pragmatically-organised Islam can and has been able to increase its share of the vote in every election in Morocco, while those Islamist forces who refuse the play the political game are simply treading water – and why it is the Moroccan Islamists in particular who are experiencing success, while Islamists in other countries are declining or at least under huge pressure. 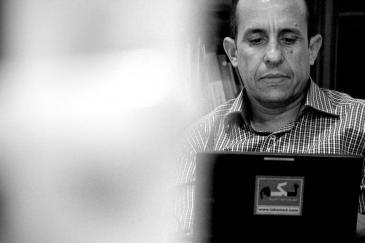 The Moroccan writer and journalist Ali Anouzla ran the website "lakome.com", banned by the Moroccan authorities in 2013. The same year, he won the "Leaders for Democracy" prize awarded by the US organisation POMED. He has been a guest of the Hamburg Foundation for Politically Persecuted People since March this year

This is primarily due to the specific way that camps are formed on the Moroccan political stage. The election campaign did not revolve around programmes, but essentially around two antagonistic aspirations:

On one side, there is the camp closest to the royal palace, which aims to stem the Islamisation trend within society and the state: on the other the Islamist, striving for a position within the state system that takes account of its societal significance. This meant that on 10 October 2016, there were really only two large party blocks to choose from: the block of "dignitaries" supported by the prevailing system, with representatives in all the parties that can be assigned to this camp; and the "Islamists" under fire from this very system.

As I already wrote following the local elections of September 2015, from which the Islamists also emerged as winners, Moroccan elections are merely an "opinion poll" on a grander scale, which delineates prevailing trends in Moroccan public life. In this process, the "will of the people" only comes into its own in domesticated form. After all, the "will of the King" continues to be the only thing that counts. 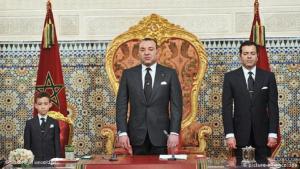 Morocco's 2011 Arab Spring constitution has been hijacked by the deep state, which is asserting its own authoritarian interpretation and turning the clock back decades. Analysis ... END_OF_DOCUMENT_TOKEN_TO_BE_REPLACED

The country's national election on 8 September will likely bring new government. But neither experts nor locals expect it to bring long-promised change, writes Cathrin Schaer END_OF_DOCUMENT_TOKEN_TO_BE_REPLACED

In Morocco, the bicycle is considered a poor man's means of transport. What's more, cycling tends to be a male-only affair. The Pikala bike initiative in Marrakesh seeks to change ... END_OF_DOCUMENT_TOKEN_TO_BE_REPLACED

A bird's eye view of eight hundred years of history: Brian A. Catlos tells the story of Al-Andalus in the style of a streaming series and deconstructs the myths of the Reconquista ... END_OF_DOCUMENT_TOKEN_TO_BE_REPLACED

In his new book, "Tangier/Gibraltar- A Tale of one city: An Ethnography", Dieter Haller looks at how shared experiences and practices have created a unique relationship and a ... END_OF_DOCUMENT_TOKEN_TO_BE_REPLACED

A new survey by Arab Barometer adds numbers to the narrative that COVID has led to a harsher reality for women in the Middle East and North Africa. By Jennifer Holleis and Razan ... END_OF_DOCUMENT_TOKEN_TO_BE_REPLACED
Author:
Ali Anouzla
Date:
Mail:
Send via mail

END_OF_DOCUMENT_TOKEN_TO_BE_REPLACED
Social media
and networks
Subscribe to our
newsletter 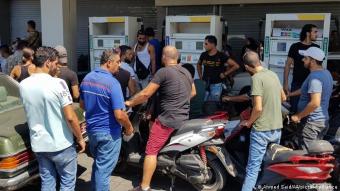