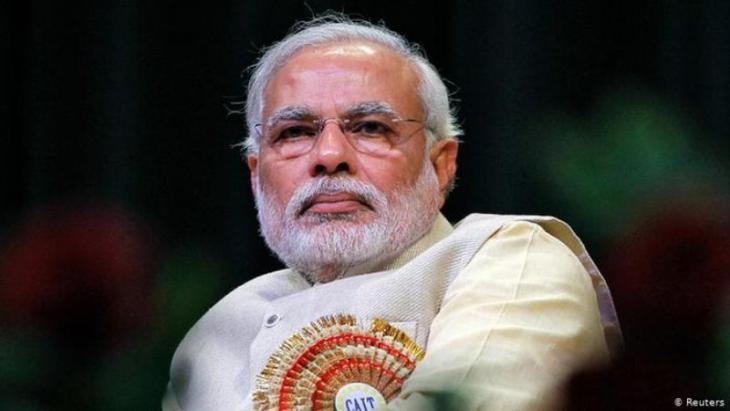 Indiaʹs constitution prohibits discrimination on the basis of religion, but the government of Prime Minister Narendra Modi does not care. Run by Hindu-supremacists, it is enforcing aggressive anti-Muslim policies. By Arfa Khanum Sherwani

Indiaʹs economy has been slowing down, so Modiʹs reputation as a dynamic economic reformer is suffering. Promises of millions of new manufacturing or the eradication of corruption and black money have not come true. In view of mass frustration, Modiʹs party, the BJP, is resorting to Islamophobia. That fits its ideology which demands that multicultural and highly diverse India become a Hindu nation.

The BJP has always been divisive, but since August, the government has been acting more aggressively than ever. Two border regions are affected in particular: Kashmir and Assam.

Kashmir used to be a state with special rights. Its population is predominantly Muslim. Land ownership in Kashmir was limited to Kashmiris and the state government reflected regional priorities. Modi cancelled Kashmirʹs special status and downgraded the state into a mere union territory subordinated to the national capital. Moreover, parts of the state were split off to create another union territory. The BJP-dominated parliament rubberstamped constitutional amendments, legalising the policy in formal terms.

Before that happened, masses of troops were sent into Kashmir. With a history of unrest, Kashmir was already heavily militarised, but now it is effectively controlled by the military. Hundreds of local policymakers are in detention and so are several thousand potential protesters. The Internet and telecommunications are basically shut down, though some mobile-phone services resumed in mid-October. Complicating matters, Pakistan has been claiming Kashmir since independence and controls large parts of the former kingdom of Kashmir. In spite of its Muslim majority, the Hindu monarch opted for India in 1947.

In Assam, the national government declared 1.9 million people to be illegal migrants. These people are now stateless. They lack the papers to prove that they and/or their parents are actually from India and not what is now Bangladesh, the predominantly Muslim neighbouring country, or some other place.

Anyone familiar with rural India knows that masses of poor people lack proper documentation, no matter who their ancestors were. Indeed, it has turned out that many of the 1.9 million people concerned are not Muslims and BJP leaders fast stated that they have nothing to worry. That proved that Hindu-chauvinists are not interested in questions of citizenship, but intend singling out the minority.

What is happening in Kashmir and Assam is of great national relevance. The government is creating a ʺclimate of fearʺ, as Indian novelist Amit Chaudhuri has pointed out in The Guardian. There are Muslim communities all over India, as well as communities of other religious minorities. They are exposed to the increasingly aggressive attitudes of the BJP and the vast network of Hindu-supremacist organisations that endorse it. Everyone knows, moreover, that Modi did nothing to stop deadly anti-Muslim riots in Gujarat in 2002 when he was chief minister. Violence can escalate fast, spreading from one place to others. 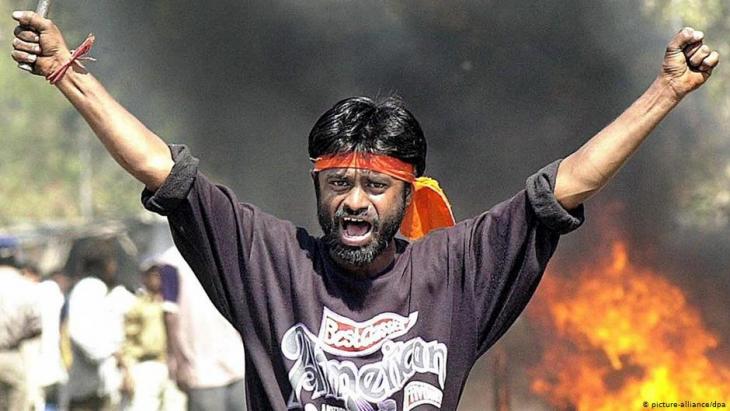 Following an arson attack on a train of Hindu pilgrims in 2002, anti-Islamic riots in the West Indian state of Gujarat resulted in thousands of deaths. However, the perpetrators were not brought to justice. Modi, who ruled the state at the time, did nothing to stop the bloody anti-Islamic riots

In spite of its independence, the judiciary has disturbingly shied away from blocking government action that evidently flies in the face of the constitution. Independent-minded journalists are being trolled, while the mainstream media mostly endorse Modi. In his book, ʺMalevolent Republicʺ, the journalist K.S. Komireddi has done a good job of describing how Indian institutions are increasingly caving in to Modi.

Modi is using religion as an instrument of identity politics. Traditions of tolerance and syncretism used to mark Indian culture, with Hindus worshipping at Sufi shrines, for example. These traditions are not dead, but Modi and his supporters are doing their best to make them obsolete. They show as little interest in the spiritual principles of love, compassion and non-violence as they display concern for constitutional principles.

Hindu fundamentalist Ashok Sharma has devoted his life to championing the deeds of an Indian "patriot": not revered independence hero Mahatma Gandhi, but the man who shot him dead END_OF_DOCUMENT_TOKEN_TO_BE_REPLACED

At the end of every year, the team at Qantara.de gives you a run-down of the ten most-read articles on the site over the past 12 months. Here is a quick overview of the stories ... END_OF_DOCUMENT_TOKEN_TO_BE_REPLACED

COP27 in Sharm el-Sheikh is turning into a PR disaster for Egypt’s military regime. Instead of praise for the host, the news is full of solidarity for imprisoned activist Alaa ... END_OF_DOCUMENT_TOKEN_TO_BE_REPLACED

India is projected to see an explosion in its urban population in the coming decades, but its cities already cannot cope and climate change will make living conditions harsher ... END_OF_DOCUMENT_TOKEN_TO_BE_REPLACED
Author:
Arfa Khanum Sherwani
Date:
Mail:
Send via mail

END_OF_DOCUMENT_TOKEN_TO_BE_REPLACED
Social media
and networks
Subscribe to our
newsletter