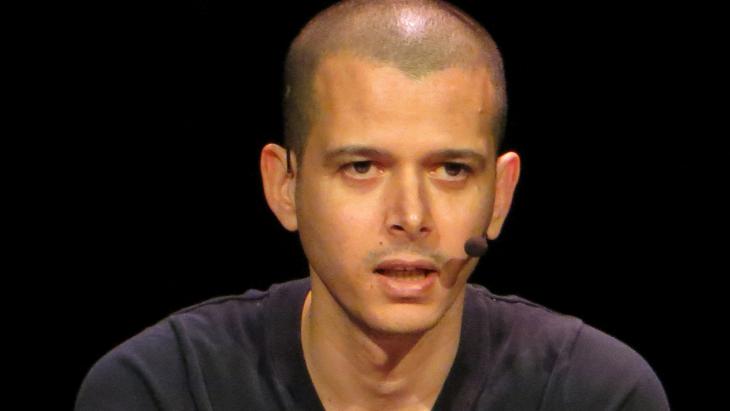 Moroccan writer Abdellah Taia
Disenchantment and a hint of nostalgia

The openly homosexual writer and film-maker, Abdellah Taia, on his latest novel, the painful process of coming out and whether he will ever move back to Morocco. A portrait by Nahrain Al-Mousawi

When discussing his latest novel, ″Un Pays pour Mourir″, about a Moroccan prostitute, a gay Iranian forced into exile after Ahmadinejad′s 2009 re-election and a transsexual Algerian who all meet in Paris, author Abdellah Taia recounts his own first day in the city: ″I saw this prostitute – she was an older Moroccan woman – and I thought to myself, this could be me.″

Taia explains that he identified with this woman immediately because she was not only probably an outsider in Morocco (as he was), but had also become an outsider in Paris – the place he had always imagined as the epicentre of human rights from his childhood home in Sale, Morocco, prio to moving there in 2000 to pursue a graduate degree in 18th-century French literature.

″Un pays pour mourir″ – a country to die in – is a Moroccan phrase signalling frustration with the country, describing it not as a place to live so much, as a place where one is simply waiting to die. Taia explains that his characters find they′re rejected both in the putative centre of human rights and in the homelands they have fled. Thus, because they can′t go back home and because they function as just so much detritus in their new societies, they are stranded somewhere in between. In ″Un Pays pour Mourir″, Paris features as a cold, racist limbo for his broken and exiled figures. 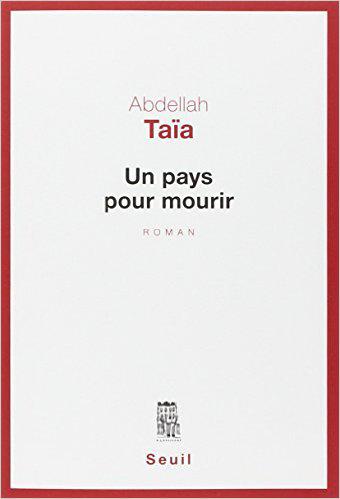 Un pays pour mourir: "Taia explains that his characters find they′re rejected both in the putative centre of human rights and in the homelands they have fled," writes al-Mousawi

Taia′s disenchantment with Europe is actually refreshing. In his most recent novel, he narrates the solitude and wandering of the marginalised, the forgotten and the discarded in post-colonial France – ironically lauded for its protection of human rights. And, that these very same figures emigrated from its former colonies is of course no coincidence.

Often, in both his work and profiles about him, Europe is juxtaposed as a vague, hazy site of contentment against Morocco, which is rendered in gritty anecdotes as too judgmental, oppressive and suffocating.

For example, his first book ″Salvation Army″, adapted into a film that ushered in his first directorial debut, observes the adolescent protagonist′s sexual awakening as he meets with men in empty alleys, anxious about being discovered in a country where homosexuality is a crime punishable by prison. Europe appears at the end of the novel in the form of a reprieve: in Switzerland 10 years later, the protagonist has become free from the severe restrictions of Moroccan society (but nostalgic for his native land).

The title gestures toward this arc which delivers his saving grace: the Salvation Army gave him shelter and food upon his arrival in Geneva, marking the beginning of his life in exile before he moved to France, then the land of his dreams.

The courage to be different

But the author of ″Salvation Army″, ″An Arab Melancholia″, ″Mon Maroc″, ″Le Rouge du Tarbouche″, and ″The King′s Day″, which won him the renowned Prix de Flore in 2010, has never shied away from rendering humiliating scenarios, painful details and uncomfortable truths. ″Salvation Army″, based on his life growing up in Morocco, was not only about sexual awakening, but also his sexual fascination with a brother 20 years his senior, as well as his complex relationship with his mother and sisters, who mocked him for being too effeminate and clingy. ″An Arab Melancholia″ follows him through not only a childhood in the slums of Sale outside the Moroccan capital and a doomed romance in Paris, it also goes into detail about the sexual abuse he endured as a child.

The process of coming out and truth-telling for the only openly gay writer-filmmaker from Morocco has not been easy. In fact, after he came out, not only did he have a difficult time with his family, he didn′t receive much support much from public figures either, he maintains. A lot of people went on the attack. He says, ″I was portrayed as someone outside society, not Moroccan, not belonging to the same society as the rest of Moroccans.″ Was anyone supportive publicly? Journalists, he says. Moroccan journalists really defended him when no one else would, he claims.

Out and about in Morocco, however, the reception is somewhat different. He gets recognised. Sometimes, however, he says, he can tell that regular people on the streets are torn – ″on the one hand, they see me as a gay man, but on the other, they can tell I am one of them, I belong to them. They can tell I′m not part of the upper class. ″ I ask him, ″How can they tell?″ He responds, ″They can just tell. They can tell just by looking at my face. ″ 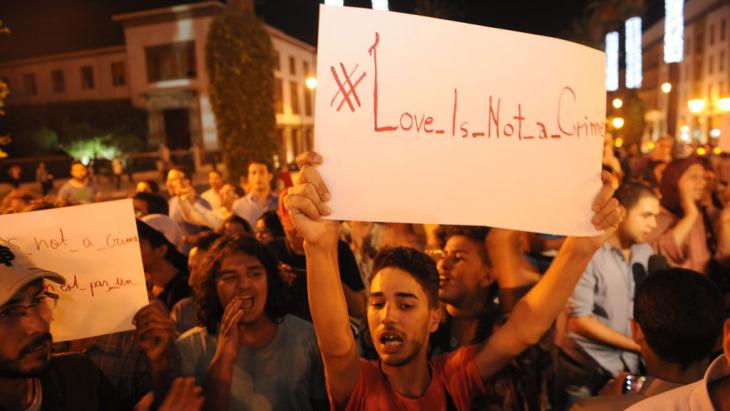 One step forwards, two steps back: with Taia′s novels already available in bookstores and his film ″Salvation Army″ being screened at the National Film Festival in Tangier, Morocco would seem to be moving in the right direction. Nevertheless systemic prejudice calculated to oppress can still be called upon to rear its head - witness the imprisonment of two gay men for "violating public modesty". Their crime: standing too close to each other

I ask him if he ever plans to move back to Morocco. He surprises me by saying that he believes he might move back when he′s older. Yet, it was only a few months ago in June that two Moroccan gay men were sentenced to four months in jail after being arrested for standing too close to one another – violating ″public modesty″ — as they posed for a photograph in front of a historic site in Rabat.The next month, a homophobic mob attack on a man in Fez made the headlines. And while it was stated that 55 lawyers from several regions of the country, many representing Moroccan human rights organisations, offered the victim legal support, Human Rights Watch still issued a report condemning the homophobic incitement of Moroccan officials and calling for the decriminalisation of homosexuality in the kingdom.

While it appears an inhospitable terrain at times – for local Moroccan LGBQT – one still wonders what the future might hold for Morocco. After all, Taia′s novels are already available in bookstores and his film ″Salvation Army″ was screened at the National Film Festival in Tangier. Over the years, the language of human rights in Morocco has transformed to include gay rights. Let′s just hope that reality catches up soon as well.

Nouara may be 65, but she is ready to join thousands of others who burn their ID and pay traffickers for the chance of a new life in Europe. Zineb Bettayeb reports END_OF_DOCUMENT_TOKEN_TO_BE_REPLACED

Education for girls and women is still possible in Afghanistan, says Reinhard Eroes of the Kinderhilfe Afghanistan initiative. In interview with Elisa Rheinheimer, he talks about ... END_OF_DOCUMENT_TOKEN_TO_BE_REPLACED

Locals in the Middle East have said European critics are showing bias and hypocrisy when they condemn Qatar. Observers agree that Qatar has had to deal with more criticism than ... END_OF_DOCUMENT_TOKEN_TO_BE_REPLACED

In Doha, Arabs from Morocco, Tunisia, Egypt and Algeria are gathering to celebrate the first ever FIFA World Cup to be held on Arab soil. The criticism from Europe? Over the top, ... END_OF_DOCUMENT_TOKEN_TO_BE_REPLACED

Canan Topcu came from Turkey to Germany as a child. In her essay, she describes how bothered she was by the racism she encountered in her country of origin when she travelled ... END_OF_DOCUMENT_TOKEN_TO_BE_REPLACED
Author:
Nahrain al-Mousawi
Date:
Mail:
Send via mail

END_OF_DOCUMENT_TOKEN_TO_BE_REPLACED
Social media
and networks
Subscribe to our
newsletter