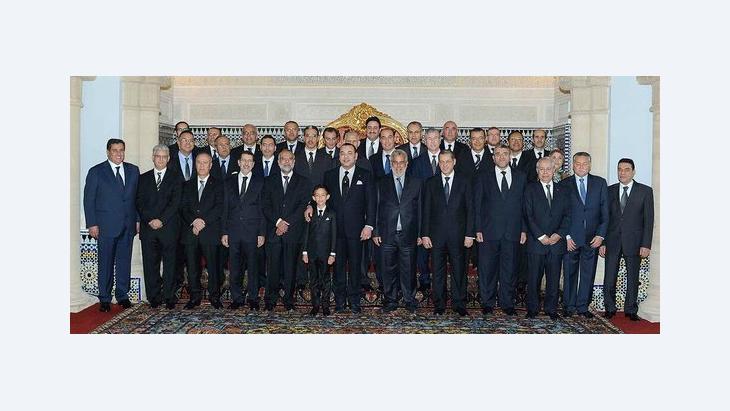 Morocco and the Arab Spring

﻿Mohammed VI, Morocco's king, responded fast and with sensitivity to the protests of the Arab spring. After constitutional reform and early parliamentary elections, he can no longer chose the head of government on his own. This incremental democratic change has enhanced his legitimacy. By Helmut Reifeld

The mass protests that began in February 2011, mostly in Morocco's urban centres, have become the "Mouvement 20 Février" or "M20" for short. Demonstrations of a previously unknown kind keep on criticising poverty, illiteracy and unemployment. Participants demand social justice and a balanced economy as well as an end to corruption and paternalism.

King Mohammed VI and his court responded fast and with sensitivity. Several unemployed academics were given jobs. Subsidies were introduced for basic food. Another measure, however, was even more important. After addressing the nation on 9 March, the monarch appointed a commission to draft a new constitution. 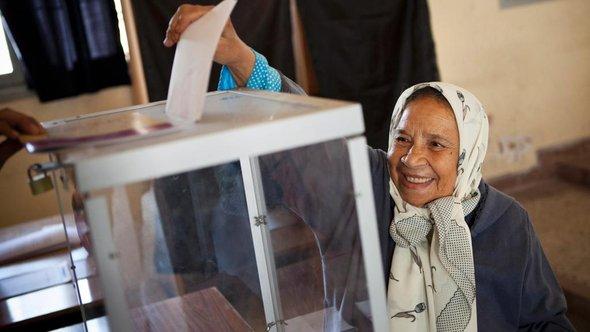 Political sea change: Morocco's new constitution accepts the principle of separate branches of government, and is geared to democratise political parties, the parliament and the judiciary. It is a major step towards civic participation

​​The new constitution was approved in a referendum on 1 July. It accepts the principle of separate branches of government, and is geared to democratise political parties, the parliament and the judiciary.

The king, moreover, is now requested to appoint the prime minister from the ranks of the party that gets the most votes in elections. The constitution no longer considers him "holy", though he is still the "untouchable leader of the Muslim faithful". Apart from religious matters, he is still in charge of foreign affairs as well as defence and security matters. On important issues, the balance of power has thus stayed the same.

The most peaceful elections

Based on the new constitution, early parliamentary elections were held on 25 November. Though M20 is still staging weekly rallies which generally remain peaceful, the movement's appeal to boycott the elections was unsuccessful. It is indeed problematic, that, of some 20 million people enfranchised to vote, only 13.5 million were registered. 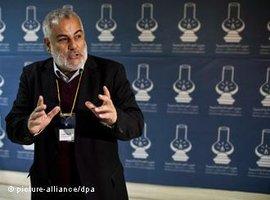 "The state is the king": After their election victory, Abdelilah Benkirane and his PJD emphasised their loyalty to the crown

​​Moroccans, moreover, are not allowed to vote if they live abroad, serve in the army or the security forces, or are in prison.

In the country's history, 25 November was nonetheless the most peaceful election day. In earlier times, voter turnout had often been so low that the legitimacy of the polls was in doubt. This time, a record level of 45% participated.

As expected, the moderately Islamist Party for Justice and Development (PJD) became the strongest force in parliament. Its platform was pragmatic; its declared role model is Turkey's AKP.

The PJD prevailed due to its member's track record of charitable action as well as clever rhetoric. Its slogan "L' État c'est le Roi" ("The state is the king") emphasised its loyalty to the crown.

Mohammed VI appointed Abdelilah Benkirane, the PJD's leader, prime minister. His party was allegedly supported by "Al Adl wal Ihsane" ("for Justice and Welfare"), a movement with a fundamentalist reputation which has emerged as the strongest voice among the M20. It remains to be seen how the new head of government will perform in office – and how the moderate political party and the more radical movement, both of which refer to Islam, will relate to one another.

In future, the opposition in parliament will be relevant too. Its role and duties are clearly spelled out. It will have an impact on legislation. According to the new constitution, opposition motions trigger debate in parliament and must be publicised.

The elections were a step towards democracy and the rule of law. There is reason to hope that the new constitution will further stabilise the country by facilitating more transparency and allowing for more public participation. Corruption will be monitored more closely, and political parties will be held to account with more rigour. The process of democratic change is not complete yet, however. Morocco's road to "real" democracy remains long.

Home
Print
Newsletter
More on this topic
Interview with Abdelilah Benkirane: ''Islam Is Not a Static Religion''Morocco Prepares for Parliamentary Elections: Superficial Respect for the Will of the PeopleInterview with Fouad Abdelmoumni: ''The Islamists Are Astonishingly Open''
Related Topics
All Topics
Date:
Mail:
Send via mail

END_OF_DOCUMENT_TOKEN_TO_BE_REPLACED
Social media
and networks
Subscribe to our
newsletter