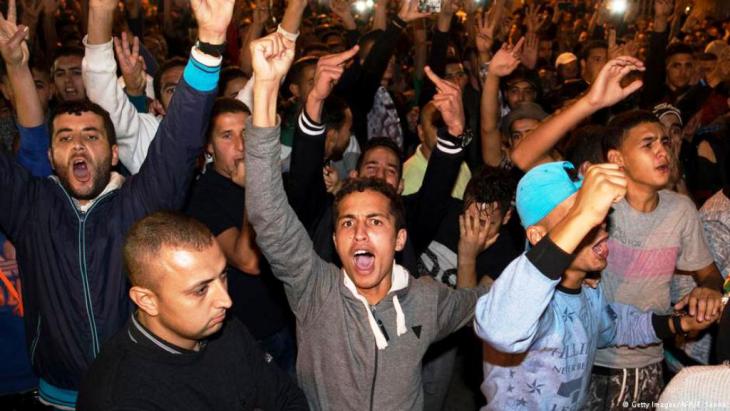 Morocco and the return of autocracy
Playing with fire

According to Moroccan researcher Mohamed Taifouri, the Kingdom of Morocco is gradually returning to its pre-2011 state, openly declaring a break from the accretions of the Arab Spring. The legacy of the 20 February Movement and all that has followed by way of a political renaissance is simply unwelcome ballast, argues Mohamed Taifouri

Observers of the political scene in Morocco cannot but see a retreat from democracy. It seems that those who hold the kind of views which have been circulating in and outside Morocco in the wake of Abdelilah Benkirane′s dismissal as head of government have not read any of the political literature about modern Morocco. Apparently, the state is determined to continue a programme of reform, albeit at its own pace and according to its own priorities, whilst adducing examples and slogans in its support such as "a new constitution, early elections, electoral neutrality" etc.

The current process of reform is no more than that of a system bent on renewing its authoritarian rule and extending its control internally, whilst at the same time enhancing its image and ensuring its acceptance internationally. After a quarter of a century of an official reform policy, this choice reflects the uncertainty which has become part of a political system trying to remain in the grey zone between a closed system and an open one.

Even the new constitutional text which was considered by many as a practical step forward in the path of democratic evolution has shown that it can be interpreted in more than one way. Thus, the "text of the constitution" for which the majority of Moroccans voted, is different from the "spirit of the constitution" which was used by supporters of authoritarian rule to establish the legitimacy of their plans as an alternative to the results of the ballot box.

Moreover, the blank spaces that were deliberately included in the text served as a way out, facilitating the suppression of the political status quo in accordance with the predetermined agenda of the "deep state". 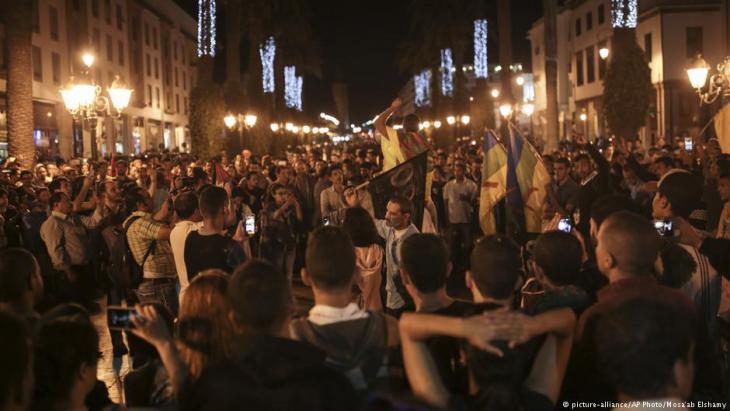 Equal job opportunities: triggered seven months ago by the fatal crushing of a fishmonger in a rubbish compactor in Al-Hoceima, demonstrations there have since focused on the lack of prospects for Morocco′s youthful population. Almost 26% are currently aged between 15 and 29, yet many young adults are either unemployed or in casual labour offering little security or benefits. In a recent escalation, demonstrations were staged in the capital, Casablanca and Fez. The protest pictured above in Rabat was one of a number forcibly dispersed by the security forces

This view is supported by the resolve of Saadeddine Othmani′s government to return Moroccans to the status quo pre-2011. Thus, it aborted the Moroccan Spring, the legacy of the 20 February Movement and the political renaissance which followed in the form of Benkirane′s government. It even rushed headlong, in the first months of government, to restore the old era of autocracy and tyranny, in both form and content.

Ignoring the demands of the Moroccan Rif

Over the past few weeks, Moroccans have become reacquainted with scenes they thought were long past, including what became known as the "Moroccan Rif Spring". For the last six months, Al-Hoceima in the north of the country has seen protests and demonstrations demanding equal job opportunities.

The return of such scenes is evidence that the "Moroccan Spring" has passed. The time has come to settle the legacy of five years of "Moroccan exceptionalism" and to rewind the clock to the status quo before the King′s address on 9 March 2011.

Little by little, the Interior Ministry has begun re-introducing security measures to control the situation, brutally intervening to stop an academic seminar on parliamentary monarchy, attended by prominent international specialists. A week later, another security intervention followed with the banning of a conference of the General Union of Moroccan Workers, which is the trade union arm of the Independence Party (Istiqlal). More interventions have followed, tainting the positive image which the security establishment had gained in the eyes of the people in recent years through its success in preventing crime and terrorism. 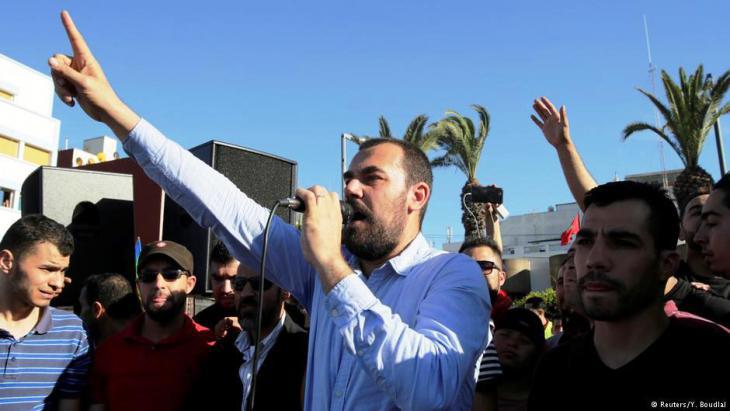 Founder of popular movement Al-Hirak al-Shaabi: Nasser Zefzafi, who has spent months leading demonstrations in Al-Hoceima calling for greater government investment in the Rif region and more jobs, was arrested on 28 May 2017 for "undermining interior state security" and "obstructing freedom of worship." His detention sparked renewed protests around the country. In a joint statement, the ruling Justice and Development Party (JDP), the Socialist Union Party (a JDP coalition partner) and the opposition Istiqlal Party have called for the "immediate and unconditional" release of all those recently detained for taking part in protests

Things vis a vis the Rif Movement became clearer when the establishment gave more power to technocrats and to those in their orbit who meekly followed their orders, at the expense of ministers of traditional political parties. The clearest example of this was the statement issued by the majority parties, under the auspices of the Ministry of Interior, which branded the Rif Movement as treasonable and accused its members of separatist tendencies and betrayal.

Parallel to this, the "deep state" is working to nullify the previous government′s achievements, most importantly with regard to the judiciary and institutional culture, areas in which that government had invested so much time in the hope of redeeming itself. The state is doing this by stopping the practice of direct employment and by wearing down public sector strikes… and much else, which also has the effect of belittling the standing of state institutions in the eyes of Moroccan citizens.

The government ignored the demands of the Rif protesters for months, before it realised that the matter was snowballing out of control. It was then forced to intervene urgently through a campaign of pardons and transfers of personnel in the territorial administration (al-Idara al-Turabiyya), ultimately sending a ministerial delegation to the region. This gave legitimacy to the demands of the street and to the nature of the protest. As a result ordinary people began to believe – yet again – that the only way to secure their basic demands was through protest.

Political parties: dropped from the equation

The implications of this hypothesis have already begun to manifest themselves in practical terms through the emergence of protest movements across Morocco, including in Taounate, Azilal and Fez, some of which have been met with force and violence. The establishment′s plan has become clear since the appointment of Othmani′s government with its specified policy which aims to achieve three goals with one strike: 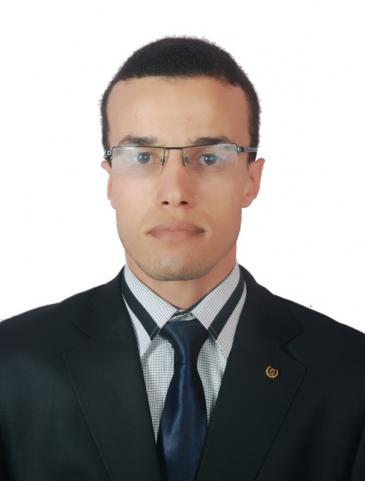 Process of reform? "It is a system bent on renewing its authoritarian rule and extending its control internally, whilst enhancing its image and ensuring its acceptance internationally. This choice reflects the uncertainty which has become part of a political system trying to remain in the grey zone between a closed system and an open one," writes Taifouri

First: to wipe the last head of government, Abdelilah Benkirane, from the popular consciousness. Benkirane managed to abolish the technocrat tendency which had prevailed in the new era and restore credibility to the political process.

Ordinary people had held politicians in poor esteem since the usurping of the democratic process in 2002 and Benkirane did much to redress this.

Second: to restore the reputation of the technocrats and to groom politicians from the administrative parties, making them visible as leaders who are quick on their feet, quick to engage and swift to take action.

In doing so, they are bound to exploit the subservience of much of the party political elite, which is either corrupt, opportunistic or complicit.

Third: to undermine the political process – having successfully compromised the traditional parties e.g. the Independence Party (Istiqlal) and the Socialist Union of Popular Forces (Al-Ittihad al-Ishtiraki lil-Quwwat al-Sha′biyya) – and to facilitate autocratic rule through partisan leaderships.

As a result the parties are kept under control, thereby avoiding any surprises at the ballot box, as happened with Benkirane, when he decided to flout convention and play outside the traditional establishment arena.

At the same time, it has become apparent that the supporters of authoritarian rule and its architects do not realise that they are playing with fire. This harsh suppression of the political process will render the political parties irrelevant and will bring the people into direct confrontation with the establishment and, specifically, with the institution of the monarchy. In short, the political parties have ceased to mediate between the people and the establishment, becoming instead the mouthpiece and a tool of the latter′s henchmen.

Past attempts to reconcile logic and belief within Islam tend to be dismissed today – not because they lack merit, but because they were politically defeated, argues Mustafa Akyol END_OF_DOCUMENT_TOKEN_TO_BE_REPLACED

Nouara may be 65, but she is ready to join thousands of others who burn their ID and pay traffickers for the chance of a new life in Europe. Zineb Bettayeb reports END_OF_DOCUMENT_TOKEN_TO_BE_REPLACED

November 2022 sees the Arab world firmly in the spotlight with the COP27 in Egypt and the FIFA World Cup in Qatar. Public trust in MENA governments is weak, thanks to their ... END_OF_DOCUMENT_TOKEN_TO_BE_REPLACED

Daniel Barenboim is not only a world-famous pianist and conductor. He has also worked tirelessly to foster understanding and reconciliation between Palestinians and Israelis. By ... END_OF_DOCUMENT_TOKEN_TO_BE_REPLACED

END_OF_DOCUMENT_TOKEN_TO_BE_REPLACED
Social media
and networks
Subscribe to our
newsletter