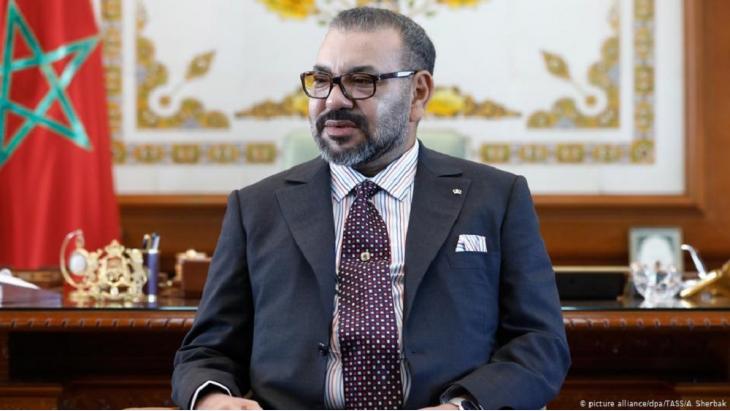 Morocco's pre-election crisis of confidence
"People no longer trust us!"

In Morocco, years of patronage politics and favouritism have led to trust dwindling in government, parliament and the country's institutions. Neo-liberal policy-making favours enrichment and corruption, while the state holds a protective hand over the profiteers. Commentary by Moroccan analyst Ali Anouzla

Comments by the head of the Central Bank of Morocco, Abdellatif Jouahri, about ordinary Moroccans’ mistrust of politics, political parties, public offices and local government officers, have sparked a multitude of reactions, some supportive and some opposing.

While presenting one of the periodic reports of the largest public financial institution in Morocco, Jouahri described the political parties as nothing but "figs and thyme". It’s a derogatory expression in Moroccan dialect, meaning that they are worthless and have no import. In other words, he implied that people no longer trust them, because of their empty election promises. Indeed, Jouahri asserted that Moroccans have lost confidence across the board, be it in parties or public agencies: "People no longer trust us!"

Given his status and job, Jouahri shocked the Moroccan political class, both party members and those active in the wider political debate. This is for several reasons:

Firstly, because the comments were made by the most senior official in charge of monetary policy in Morocco. More to the point, he is no emergency stop-gap appointment, having headed the Central Bank since 2003. Before that, he was Minister of Finance during the reign of the late King Hassan II, at the height of the economic crisis in the mid-1980s. It was during that time that Morocco implemented what was called the "structural adjustment policy", a set of harmful stipulations imposed on the country by the international financial institutions as a prerequisite to the granting of any new loans.

Fears regarding how the Moroccan electorate will vote

Secondly, because the comments come on the eve of a series of political elections starting this summer and continuing until early autumn. There is a major fear that Moroccans will avoid taking part in them. This has prompted the Ministry of the Interior, the official body in charge of elections, to launch an extensive advertising campaign to encourage young people to register themselves on the electoral roll.

Those who welcomed the comments saw them as coming from the horse’s mouth, at the heart of the establishment, and intended as a warning of declining confidence in the state, its institutions and its officials. To these people, they reflected the growing disillusionment within large segments of society, the frustration that is currently fuelling anger against the state and all it stands for. 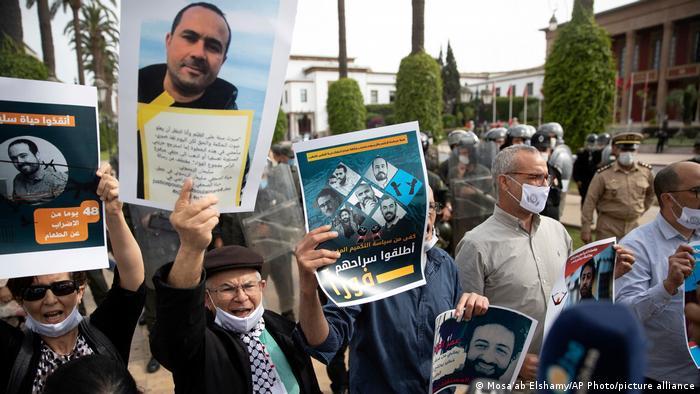 Supporters in Rabat demand the release of journalists Omar Radi and Soulaiman Raissouni. Both were sentenced to long prison terms: The only beneficiaries of the current crisis of confidence are the state security and control apparatuses, which are "expanding their power under the pretext of ensuring stability," writes Anouzla in his commentary. "In the main, this is at the expense of people’s freedoms and rights. It may succeed in delaying the timing of the explosion, but it won’t prevent it or stop the inevitable"

Meanwhile, those who criticised the comments, mostly the party leaders and their supporters, saw them simply as political one-upmanship by a technocrat appointed by the king and supposedly subject to a duty of restraint not to make political statements.

The need for a new social contract

Setting to one side the view of these two groups, the lack of trust or falling level of trust in official and party institutions, and in politics more generally, is part of the reality in Morocco. It’s a very real issue which many Moroccans feel and express daily on social media. It is also evident in the few demonstrations still allowed by the authorities, whether compelled to turn out or when the authorities turn a blind eye to protests, mostly to vent the growing tensions within society.

Reports issued by Moroccan and international agencies, as well as by NGOs, have previously warned about the decline in people’s trust in state and societal institutions. This has also been highlighted in studies and field research by respected institutes.

It is enough to refer in this regard to a report issued a few weeks ago by the "New Development Model Committee", a body appointed by the King of Morocco and comprising experts, researchers, and both former and current officials. Its purpose is to come up with a new vision for development, accompanied by a diagnosis of the economic, social and political conditions, as well as to monitor the crisis of confidence in relation to public action.

The report highlighted the growing feeling among citizens that trust in politicians is falling, a feeling which the report itself said extends to include even the political and economic elites, as well as the wealthier social classes whom the vast majority of people consider to have benefitted from illicit privileges and, what is more, do not care about the common good.

The report's authors attribute the declining confidence to a breakdown in the mechanisms for social advancement, widening social disparities, a deterioration in public services, a dwindling moral conscience among elites and a lack of integrity among public sector employees. The report also highlighted some concerns for the future, stemming mainly from the fading confidence in the ability of public agencies to look after the public interest. 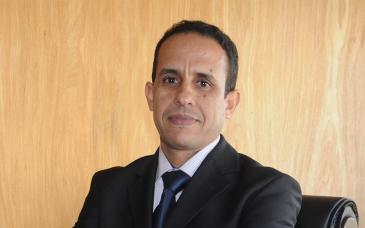 Journalist and analyst Ali Anouzla points to a mass crisis of confidence: Morocco's government, parliament and state institutions no longer enjoy any trust among the population. The causes, as revealed by a report released by the Commission for the New Development Model, are no secret – a lack of opportunities for social advancement, an ever-widening social gap, the declining quality of public services, a dwindling moral conscience among the elites and a lack of integrity among public sector employees

The comments by the head of the Central Bank and the conclusions of the Royal Commission’s report tend towards the same conclusion, namely that there is a crisis of confidence between the state and society, between ordinary citizens and officials (both politicians and civil servants). This is reflected in the citizens’ relationship with the government, public administration and elected bodies.

It can also be seen in their relationship with those agencies which play a role in social mediation, because of the absence of values such as justice, equality, transparency, good management and the rule of law, not to mention its unequal application.

In reality, the loss of political and social trust in Morocco is nothing new. Rather, it results from long years in which political action has been driven by private interests and by the adoption of policies that openly boost revenues, protect corruption and those behind it, and side-line real government, parliament and elected institutions. Such policies also weaken civic bodies by undermining their credibility and curbing their role in the state and society.

With Moroccans set to elect a new parliament and government on 8 September, the timing of these comments and their content, about which people are already so painfully aware, is critical to say the least.

Restoring this lost confidence cannot be achieved by claims and counter-claims, which will only serve to deepen the gap between society and the state. What is needed is genuine political will, capable of renewing the social contract and upholding the values of transparency, governance, justice and social equality. It must also instil confidence in the state on the part of its citizens and provide opportunities for all, to build the economy and reduce social disparities.

The only beneficiaries of the current crisis of confidence are the state security and control apparatuses, which are expanding their power under the pretext of ensuring stability. In the main, this is at the expense of people’s freedoms and rights. It may succeed in delaying the timing of the explosion, but it won’t prevent it or stop the inevitable.

The book "The Invention of the Maghreb: between Africa and the Middle East" prompts us to review basic terminology. This includes terms that we use almost every day as if they are ... END_OF_DOCUMENT_TOKEN_TO_BE_REPLACED

Morocco has taken the 2022 World Cup by storm, with the northwest Africans reaching the semi-finals for the first time in their soccer history. As the knockout match approaches, ... END_OF_DOCUMENT_TOKEN_TO_BE_REPLACED

Nouara may be 65, but she is ready to join thousands of others who burn their ID and pay traffickers for the chance of a new life in Europe. Zineb Bettayeb reports END_OF_DOCUMENT_TOKEN_TO_BE_REPLACED

When is it and when is it not acceptable to display a political banner at the World Cup in Qatar? The answer seems to depend largely on the political message, with fans ... END_OF_DOCUMENT_TOKEN_TO_BE_REPLACED

In Doha, Arabs from Morocco, Tunisia, Egypt and Algeria are gathering to celebrate the first ever FIFA World Cup to be held on Arab soil. The criticism from Europe? Over the top, ... END_OF_DOCUMENT_TOKEN_TO_BE_REPLACED

November 2022 sees the Arab world firmly in the spotlight with the COP27 in Egypt and the FIFA World Cup in Qatar. Public trust in MENA governments is weak, thanks to their ... END_OF_DOCUMENT_TOKEN_TO_BE_REPLACED
Author:
Ali Anouzla
Date:
Mail:
Send via mail

END_OF_DOCUMENT_TOKEN_TO_BE_REPLACED
Social media
and networks
Subscribe to our
newsletter