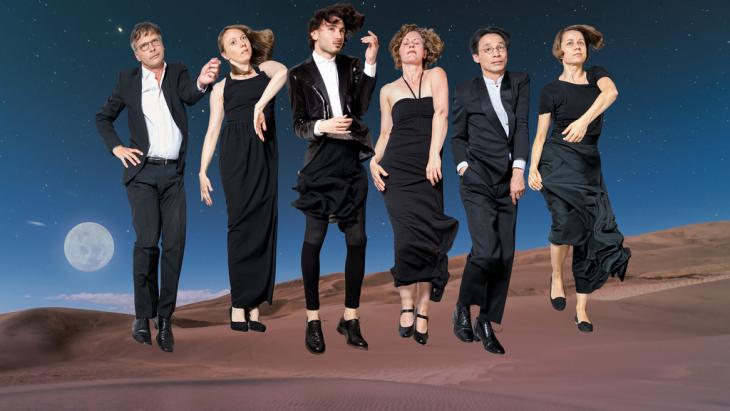 Musica Sequenza likes to focus on big issues: time and how we perceive it; control, and the loss of it; love and pain; freedom, spirituality, how humanity might unite with some greater entity, and – last but not least – the universality of music. Istanbul-born bassoonist Burak Ozdemir founded Musica Sequenza in 2008 at the Julliard School in New York. Since 2011, the ensemble has been based in Berlin and is constantly exploring new ways to dress baroque music in new garb, such as fusing it with electronic sounds, and performing it in trendy locations like the Berlin Kit Kat Club.

Until recently, the 11th-century works of Hildegard of Bingen were considered to be the earliest surviving compositions by a woman. However, while Kassia’s compositions may be less known, she is in fact the Orient’s earliest known female composer. While living as an abbess in Constantinople, Kassia composed both spiritual and worldly pieces, and has some 50 hymns attributed to her name.

Kassia: the feminist from Constantinople

“Kassia is regarded as one of history’s first feminist figures,” Ozdemir explains. Born into an aristocratic family, she refused outright a marriage proposal from Emperor Theophilos and founded a convent far from other people and the high society to which she belonged. Here she composed significant works that have played a great role in music history, particularly in the development of European church music.

Ozdemir and his ensemble pick up these compositions, playing them on original 9th-century instruments such as the Byzantine kamancheh, re-arranging them and interweaving them with Ozdemir’s own electronic compositions. Collaborating with a solo soprano and the Bochum Theatre kaincollectiv, Musica Sequenza delivers an interplay of music, dance and sound design to paint a portrait of the artist and pioneer Kassia. 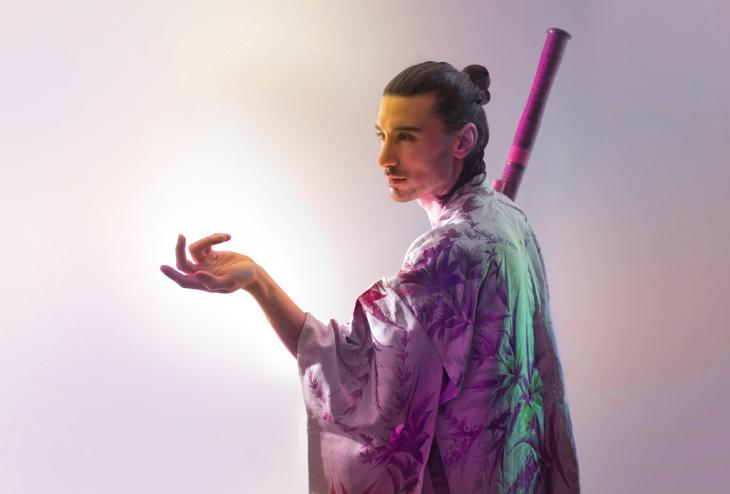 Internationally acclaimed Turkish bassoonist, conductor and composer Burak Ozdemir continues to combine Western and Eastern sounds to create new, dynamic pieces of music. Ozdemir studied at the Juilliard School in New York, the Academy of the Arts in Berlin and the Istanbul Conservatory. In 2008 he founded the ensemble Musica Sequenza, which has created its own genre, electro-baroque, and repeatedly performed productions with intercultural stimuli. His latest work is the opera Kassia, in which he recomposes ancient chants and transcends temporal, cultural and geographical boundaries

No lessons from history

For this project, Ozdemir is collaborating with the Women’s Museum Istanbul, which has organised a series of conferences with artists, activists and scientists, under the name ‘Kassia’. "We can learn a lot from history," says Ozdemir, who has previously worked with a range of different musicians, including Rolando Villazon and Natasha Atlas. “To this day, women everywhere are prevented from deciding their own destiny. Not just in Turkey, but across the world. If we look to our history, we have to admit that, in some respects, we’re in the same place we were 1200 years ago.”

The opera is the first piece that the ensemble will be touring since the beginning of the pandemic. “It’s been a challenging time for us,” says Ozdemir. “We tried not to let it get us down. It was as if we found ourselves suddenly hacking our way through the Amazon with machetes, when we’d previously been driving down the motorway in a luxury car.” The ensemble spent the time giving live-streamed concerts, trying to exhaust the technological possibilities, creating lockdown installations and working more closely with museums such as the Museum of Modern Art in New York. The show must go on, after all. The ensemble released four albums during this period.

Handel: solace in hard in times

Alongside its spiritual, meditative album Bach. Opium – the ensemble’s second album – the ensemble also released its album Morphine. Handel. "For me, Handel’s arias are the most timeless songs in the culture of European music. They speak to our emotions, even three hundred years after they were written," says Ozdemir. The album, a compilation of Handel’s arias and own compositions, was intended to offer solace to people in hard times, says Ozdemir.

The ensemble also released Inferno, a homage to the Italian poet and philosopher Dante Alighieri. Last of all, in April 2022, came the publication of the album Monteverdi Vertigo, reminiscent of M.C. Escher’s never-ending staircases. “The album sees different music styles melding together, time changes, the music flows forwards and backwards at the same time. Listening to the album, you get the sense that the ground is lifting up, and that time is elastic. The album examines our highly-monitored daily lives, in which we ignore our spiritual qualities,” Ozdemir explains. “It’s about just being. The very essence of life.”

Ozdemir is an artist who is able to capture the prevailing mood of an era in both a sensory and a philosophical way and create its musical equivalent, building a bridge through time. The pandemic and the ongoing war in Ukraine, he says, has once again clearly shown us how transient we are and how valuable the time we have is.

“Everything we’re able to do in this time is a gift. We don’t know what tomorrow will bring. Before the pandemic, we behaved as if we had thousands of years at our disposal. We got hung up on the details and criticised every tiny flaw.” Now, he says, we will remember how to be happy with the little things in life. “Before the pandemic, we were constantly on the go. Now sustainability and environmental awareness are playing a much bigger role in society.” Ozdemir is also thinking big when it comes to future projects. He and his ensemble hope to break musical and cultural boundaries once again. In doing so, they hope to show that – ultimately – everything is connected.

Despite what heads of state may claim, the Russian attack on Ukraine is not a wake-up call for a self-confident Europe that defends its values. The war is accelerating the decline ... END_OF_DOCUMENT_TOKEN_TO_BE_REPLACED

At the EU's outer borders, the right of migrants to a fair asylum procedure continues to be systematically disregarded. Take Greece, for example: in the worst case scenario, those ... END_OF_DOCUMENT_TOKEN_TO_BE_REPLACED

Madrid's about-face on the Western Sahara conflict has enraged Algeria. Trade relations have been frozen unilaterally and a cut in gas supplies to Europe could be in the pipeline ... END_OF_DOCUMENT_TOKEN_TO_BE_REPLACED

Mourad al-Marouai was just nine when a landmine killed him on a beach in war-torn Yemen, a tragedy that will haunt his family forever. After a swim, the little boy "suddenly ... END_OF_DOCUMENT_TOKEN_TO_BE_REPLACED

A ceasefire has been in effect in Libya for the past year and a half. Yet after Russia's attack on Ukraine, another proxy war looms in Africa's most oil-rich country. Mirco ... END_OF_DOCUMENT_TOKEN_TO_BE_REPLACED

The Ukraine war has seen energy prices spike with oil producers in the Middle East making more money than ever. But will it put the brakes on long-planned reforms to diversify oil ... END_OF_DOCUMENT_TOKEN_TO_BE_REPLACED
Author:
Ceyda Nurtsch
Date:
Mail:
Send via mail

END_OF_DOCUMENT_TOKEN_TO_BE_REPLACED
Social media
and networks
Subscribe to our
newsletter