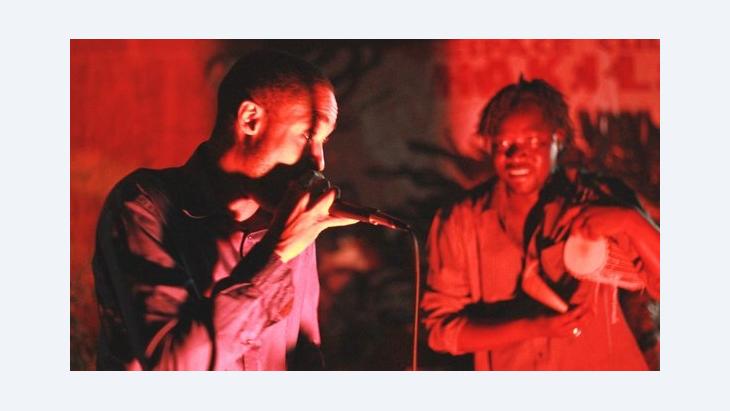 Fighting back against Censorship

Islamic militants in northern Mali have banned most types of music and forced local musicians to flee for their lives. In exile in Bamako, they are keeping their music alive. Tamasin Ford reports

﻿A small crowd sits in awe as world famous musician Yacouba Sissoko takes to the stage of Pili Pili with his kora, a 21-stringed instrument related to a harp. The bar in the heart of Bamako, the capital, is not only known for its African food, but also for attracting some of the country's top musicians. At the moment though, with the militants occupying the north, music is being heavily censored. 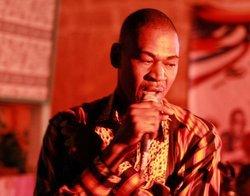 "You need freedom to feel like a human being" – Zouzou, a singer from Gao in the north of Mali, is one of many musicians who fled south to Bamako, after al Qaeda-linked militants took control of northern Mali last spring

​​Zouzou, a singer from Gao in the north of Mali, is one of many musicians who fled south to Bamako, after al Qaeda-linked militants took control of northern Mali last spring. The Islamists banned music of any kind there – even cell phone ringtones.

"I feel very bad because I am from the north. My parents are there and suffering, and the music is suffering too," Zouzou said.

The militants have strong ties to criminal gangs, drugs and arms smugglers – but they are also fired by religious zeal. Extreme forms of sharia, or Islamic law, including stonings and amputations have taken place. Tombs, ancient traditional mud mosques and World Heritage sites have been destroyed; the militants have declared them forbidden according to Islam. They have issued official decrees banning all western music.

"It is like being in jail without any freedom. You need freedom to feel like a human being," Zouzou says. "It's not right."

'Festival in the desert' displaced

After the ban, musicians began receiving death threats. That put an end to the famous "Festival in the Desert", which had taken place every year since 2001 in the northern city of Timbuktu.

"This is why we are really sad," said festival organizer Manny Ansar, "because we started to build something very important for Timbuktu, for Mali. Having it stopped is really damaging."

Ansar is from Timbuktu. His family are nomadic herders who roam the vast dunes north of the city. He, too, has received death threats and can't go back home.

But he hasn't given up. He is still organizing the festival, just in a different place and with a different name: the "Festival in Exile". It will be a caravan of artists travelling and performing through West Africa, culminating in a three-day event in Burkina Faso.

"We can't fight with guns against them," Ansar says. "For me our only way to fight is by culture, by music." 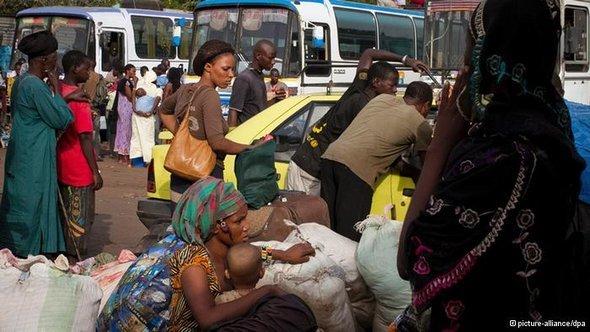 Fleeing from militiamen, religious extremism and terror: The UN said that about 230,000 Malians are internally displaced

Back at Pili Pili, Amkoullel, one of the new generation of young Malian rappers who use traditional instruments like the kora and the djembe, a skin-covered drum, steps up to the microphone.

The 33-year old was the first rapper to perform at the "Festival in the Desert" in Timbuktu, two years ago. He sings about self-image, immigration and respect and has played all over the world alongside Malian legends Salif Keita, Ali Farka Toure and Toumani Diabate.

It wasn't until he brought together rappers, activists and friends to form Plus Jamais Ca, ("never again" in French) to pressure the international community to intervene in Mali, and then recorded a song called "SOS" that he caught the attention of authorities. 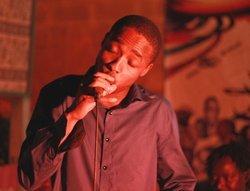 Musical call for help: the young Malian Hip-Hop artist Amkoullel brought together rappers, activists and friends to form Plus Jamais Ca, ("never again" in French) to pressure the international community to intervene in Mali

​​Released eight months before the military coup last March, the music video shows footage of men with guns, women displaced from their homes and people marching.

Amkoullel says he wrote the song to grab attention and to stop what is now happening in Mali. But since then the tune has been banned by the government-controlled media, and Amkoullel has received death threats.

"I didn't say something wrong about the government and so I don't understand what they are afraid about," he said. "But I will keep on doing what I have to do, as an artist."

Like Ansar and other musicians at Pili Pili, Amkoullel is defiant against outsiders who say music in Mali is losing its voice. He admits it is being silenced in the north of the country, but says that music is actually too ingrained in Malian life to ever really disappear.

Timbuktu, the ancient desert city in Mali, has always been shrouded in myths. Charlie English’s "The book smugglers of Timbuktu" proves that the city has not lost its magic. By ... END_OF_DOCUMENT_TOKEN_TO_BE_REPLACED

With "Amankor/The Exile", the Kel Tamashek band Tartit have produced another cultural treasure for the rest of the world to appreciate. Their original intent may have been to keep ... END_OF_DOCUMENT_TOKEN_TO_BE_REPLACED

Cultural arrogance has long been a feature of Western journalism and it continues to flourish. But can journalists really describe the world from the perspective of a Yemeni ... END_OF_DOCUMENT_TOKEN_TO_BE_REPLACED

Diali Cissokho left his native Senegal for North Carolina years ago. Raised as a griot, one of the traditional musical story tellers and historians of West Africa, he wanted to ... END_OF_DOCUMENT_TOKEN_TO_BE_REPLACED

In Asia and Africa, Muslim terrorists are regarded as combatants with concerns that should be taken seriously. Experts advise dialogue in lieu of extermination. By Charlotte ... END_OF_DOCUMENT_TOKEN_TO_BE_REPLACED
Author:
Tamasin Ford
Date:
Mail:
Send via mail

END_OF_DOCUMENT_TOKEN_TO_BE_REPLACED
Social media
and networks
Subscribe to our
newsletter