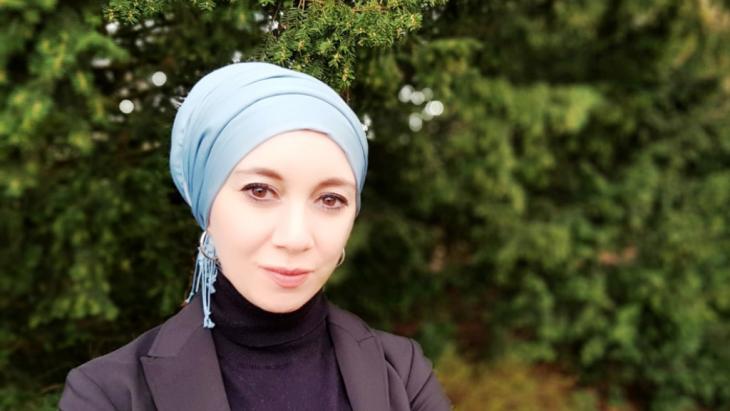 Ayse Gerner is a Muslim woman and a marriage counsellor. It is a combination appreciated by her clients, most of whom are Muslim. Although Muslim couples face the same relationship challenges as everyone else, they also have to overcome very specific obstacles. By Said Rezek

Elif has been married for 14 years. Her marriage is making her utterly miserable. Elif is not her real name; she doesn't want to talk openly about her marital problems. The 33-year-old Muslim has Turkish-Kurdish roots and has lived in Germany since she was nine. After several attempts to separate from her husband in recent years, Elif has now decided to end the marriage once and for all.

Ayse Gerner, a marriage and family counsellor at a Cologne-based meeting and training centre for Muslim women, helped her come to this decision. Gerner has been working in the field for five years now. During this time, she has counselled hundreds of Muslim couples. She says that problems in a relationship are often caused by poor communication. This is just as true for Muslim couples as it is for couples in majority society. But Muslim couples also face very specific problems.

When women seek Ayse Gerner's support, they have often reached the point where they can't go on. "One situation I experience a lot is that a woman will get in touch and tell me that there have been a lot of problems in the relationship for ten years and that they now want to end the relationship," she says. "Many of these women seem very depressed, completely exhausted and have absolutely no energy left."

This was just how it was with Elif. Her husband is addicted to alcohol and gambling and often came home drunk in the morning. She says that in recent years, she and her husband were not always able to keep their marital problems from their two children – both of whom are still minors.

Divorce as a collective decision

Elif consciously sought Muslim marriage counselling. She was looking for the kind of cultural and religious sensitivity that Ayse Gerner can offer. Gerner is 39 years old, a Muslim, wears a headscarf and has Turkish parents.

"When these people sit in front of me, I understand where they come from and am able to advise them at that level," says the marriage counsellor. "I know their values and I know what the family attitudes in this marriage are. And I can counsel them accordingly. They don't have to go to great lengths to explain the background before we begin."

Even though Ayse Gerner offers Muslim marriage counselling, the decision to go to her for counselling was not an easy one for Elif. She began by asking her parents for advice. However, right up until the end, they tried to convince her not to get a divorce, even though they knew all about her husband's addictions. Elif's parents associate divorce with shame. They also wanted to prevent Elif's children growing up without their father. 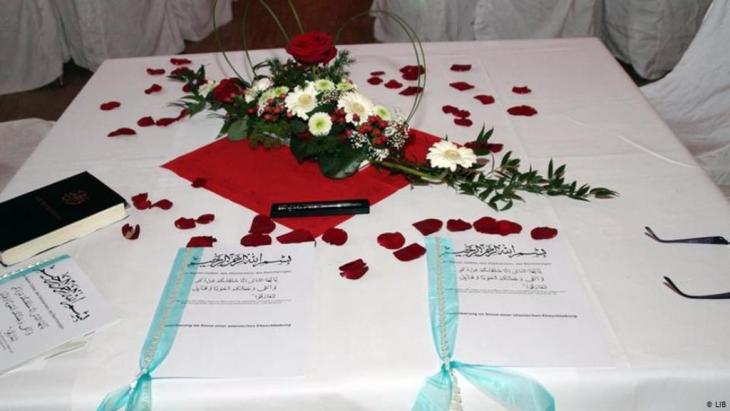 In Muslim families the decision to marry is often not made by the individuals involved, but is based on a decision made by the family, which is why the dissolution of the marriage would also be a family act. "What often happens in marriage counselling is that one of the spouses wants to get a divorce, but is being put under enormous pressure by the family not to do it," says marriage and family counsellor Gerner, "regardless of how many problems there are in the marriage." In majority society, divorce is a decision for the individual. That would not be the case in many Muslim families

Gerner is all too familiar with this kind of family pressure from her counselling practice. It begins with the fact that the decision to marry is often not made by the individuals involved, but is based on a decision made by the family. The parents are often involved in the choice of partner, and the marriage is celebrated with the extended family, which is why, says Gerner, the dissolution of the marriage would also be a family act.

"What often happens in marriage counselling is that one of the spouses wants to get a divorce, but is being put under enormous pressure by the family not to do it," says Gerner, "regardless of how many problems there are in the marriage." In majority society, divorce is a decision for the individual. That would not be the case in many Muslim families. "Problems are often dealt with collectively."

This means that Muslim couples make a much bigger effort to save their marriages than is usual in majority society. When non-Muslims have long since given up on saving their marriages and work instead towards a cordial separation, this is the exception – if not even impossible – for Muslim couples. Even when they face a mountain of problems, says Ayse Gerner, they do everything they can to save the marriage. She explains one of the key reasons for this: the marriage union is associated with many emotions and they really do go to extremes – sometimes even to the point of self-destruction – to keep it alive."

Men filled with feelings of shame during counselling

There are also religious reasons why marriages in Islam are not ended easily. Imam Ahmad Popal, the religious leader of the Munich Community of Independent Muslims, explains the status of marriage in Islam by quoting Muhammad: "marriage is the fulfilment of half of your religion".

Despite the immense significance of marriage in Islam, talaq (divorce) is possible as a last resort in Islamic law. While there are no statistics on divorce rates in the Muslim community in Germany, Ayse Gerner has noticed that a growing number of Muslim marriages are now ending because they are not as stable as they used to be.

Elif has also decided to end the relationship, even though her husband still does not want to accept it. He only attended one Muslim marriage counselling session, but still does not accept that there are problems in the marriage.

"They sit in a counselling session with me, filled with feelings of shame, and resist talking about their problems with every fibre of their beings. It's a very big thing," she says. "The first thing I have to do is build trust and emphasise over and over that they can talk about anything in the session and I will not tell others about it. Men need that security much more and much more frequently than women."

That being said, Ayse Gerner says that overall, her experience of Muslim men in marriage counselling has been positive. With her open personality, she says, she manages to break the ice and get the men to talk.

Elif has now found a solution to her problems. Thanks in part to the authority of the Muslim marriage and family counsellor Ayse Gerner, she has managed to persuade her parents that divorce is the best option.

Home
Print
Newsletter
More on this topic
The Prophet and Sharia: Islamic family law reform – a question of interpretationWomen′s rights in Islam: Can feminism be Islamic?Zahra Ali's "Islamic Feminisms": Female emancipation based on the spirit of ShariaMarital traditions in the Islamic world: Marriage first, love later?
Related Topics
Democracy and civil society, European Islam, Gender, Migration in Germany, Muslim women, Muslims in the West, Sexism and violence against women
All Topics

We are in favour of human rights. But One Love armbands are self-righteous and ignore some fundamental issues. Stefan Buchen examines the debate surrounding the World Cup in Qatar END_OF_DOCUMENT_TOKEN_TO_BE_REPLACED

Education for girls and women is still possible in Afghanistan, says Reinhard Eroes of the Kinderhilfe Afghanistan initiative. In interview with Elisa Rheinheimer, he talks about ... END_OF_DOCUMENT_TOKEN_TO_BE_REPLACED

In Doha, Arabs from Morocco, Tunisia, Egypt and Algeria are gathering to celebrate the first ever FIFA World Cup to be held on Arab soil. The criticism from Europe? Over the top, ... END_OF_DOCUMENT_TOKEN_TO_BE_REPLACED

Canan Topcu came from Turkey to Germany as a child. In her essay, she describes how bothered she was by the racism she encountered in her country of origin when she travelled ... END_OF_DOCUMENT_TOKEN_TO_BE_REPLACED

All organisers use major sporting events like this year’s FIFA World Cup in Qatar primarily to advertise their country and promote a slick public image. This is not something we ... END_OF_DOCUMENT_TOKEN_TO_BE_REPLACED

A leading light of Israeli theatre, Ofir Henig has directed the Israel Festival and is the only female director to have been awarded the Israel Theatre Prize. These days, however ... END_OF_DOCUMENT_TOKEN_TO_BE_REPLACED
Author:
Said Rezek
Date:
Mail:
Send via mail

END_OF_DOCUMENT_TOKEN_TO_BE_REPLACED
Social media
and networks
Subscribe to our
newsletter