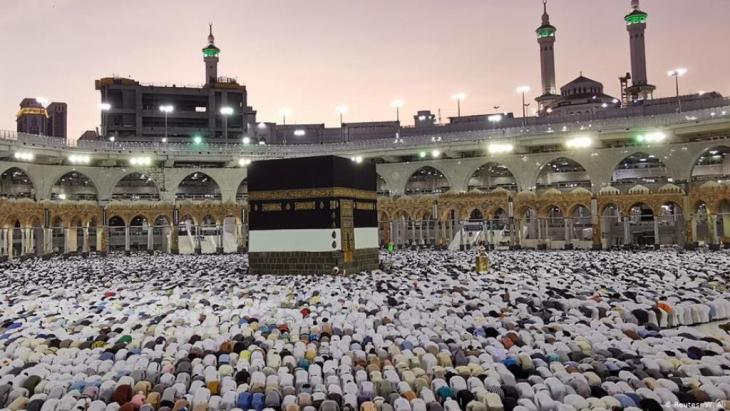 Muslims and the COVID-19 pandemic
No pilgrims in times of coronavirus?

Saudi Arabia has called on Muslims across the world to put their hajj preparations on hold for the time being. The corona pandemic is impacting one of the central pillars of Islamic life. But how can Saudi Arabia’s cancellation of the hajj be justified theologically? By Lena-Maria Moeller and Serdar Kurnaz

The coronavirus pandemic is not making any exceptions for religious life – a fact that has not only become apparent since the Jewish festival of Passover and the Christian Easter weekend. The sweeping restrictions on public life that are now in place worldwide also cover religious gatherings such as communal prayer, services and funerals.

Right now, the most burning question for Muslims is what communal religious life will look like from the end of April, during the fasting month of Ramadan. At the same time, a second important question is appearing on the horizon for many believers and religious scholars: might the global spread of the coronavirus lead Saudi Arabia to cancel this year’s hajj? And if so, would such a decision by the state, on the grounds of protecting people from infection, also have any basis in theology?

Muslim life and the coronavirus pandemic

Even before Germany introduced wide-ranging measures to control the coronavirus pandemic, the number of people falling sick with Covid-19 on the Arabian Peninsula had increased significantly. As early as the beginning of March, the Saudi royal family decided to postpone the umrah until further notice, and to prohibit believers from across the globe from entering the country for this small year-round pilgrimage.

Only a few thousand people attended the Friday prayers at Mecca’s al-Haram mosque following this decision – a fraction of those who usually turn out for these communal prayers. A few days later, Saudi Arabia banned Friday prayers at all mosques in the country, with the exception of al-Haram mosque in Mecca and the Prophet’s mosque in Medina. Both of these, the most important houses of prayer in Islam, have since also been closed to the public.

In other majority-Muslim countries, authorities and religious scholars also made early recommendations in an attempt to counteract the further spread of SARS-CoV-2. In Turkey, for example, the Diyanet religious authority decreed that anyone who was experiencing symptoms of the illness must stay away from all communal prayers (including Friday prayers). 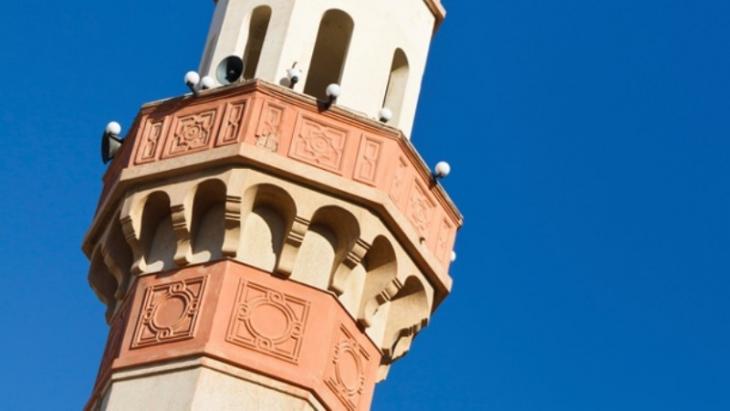 Coronavirus plays havoc with religious duties: in Kuwait, even the call to prayer was altered. Instead of telling people to hurry to prayer (ḥayya ʿalā ṣ-ṣalāt), the Kuwaiti muezzins now call on people to pray in their houses (aṣ-ṣalāt fī buyūtikum)

A legal assessment from the Fatwa Council of the United Arab Emirates took a similar line. People exhibiting symptoms were banned from taking part in communal Friday prayers; older people and those with pre-existing conditions were released from this duty and told to perform the regular midday prayers at home instead.

The Emirati religious scholars justified this ruḫṣa, the exemption from a fundamental religious duty, using Sura 22, verse 78 of the Koran, among other things, and the suggestion it contains that God does not lay any hardship on people in religion. They also drew on the prophetic Sunna, according to which religious duties are to be performed only to the best of one’s own abilities.

In Kuwait, even the call to prayer was altered. Instead of telling people to hurry to prayer (ḥayya ʿalā ṣ-ṣalāt), the Kuwaiti muezzins now call on people to pray in their houses (aṣ-ṣalāt fī buyūtikum). Public religious life has come to a temporary standstill almost everywhere in the Islamic world.

How is one to convey the history of Islamic images of Muhammad freed from today’s polarised politics? What are the challenges and pinch points of this particular academic ... END_OF_DOCUMENT_TOKEN_TO_BE_REPLACED

The devaluation of the Egyptian pound combined with rising food prices is taking its toll on Egypt. More and more people are slipping into poverty. Karim El-Gawhary reports from ... END_OF_DOCUMENT_TOKEN_TO_BE_REPLACED

Chinese President Xi Jinping's visit to Saudi Arabia in December 2022 may have rattled Washington, but it simply highlighted the Arabs’ desire to diversify their foreign relations ... END_OF_DOCUMENT_TOKEN_TO_BE_REPLACED

Lebanon was long viewed as the Switzerland of the Middle East. Until relatively recently, billions were deposited in its banks. Gulf states were among the foremost investors in ... END_OF_DOCUMENT_TOKEN_TO_BE_REPLACED

Protests by Western activists at the FIFA World Cup may have backfired and sparked a backlash against gay, lesbian and queer communities in Qatar, critics say. By Cathrin Schaer END_OF_DOCUMENT_TOKEN_TO_BE_REPLACED

According to a recent survey, half of all Iranians say that they have left Islam as a religion, while two-thirds believe Islamic law should be excluded from their legal system. In ... END_OF_DOCUMENT_TOKEN_TO_BE_REPLACED
Author:
Lena-Maria Möller & Serdar Kurnaz
Date:
Mail:
Send via mail

END_OF_DOCUMENT_TOKEN_TO_BE_REPLACED
Social media
and networks
Subscribe to our
newsletter