The end of Ramadan 2022 saw Muslims worldwide gearing up for the festival of Eid ul-Fitr, which took place this year on 1 and 2 May. By Sonia Phalnikar 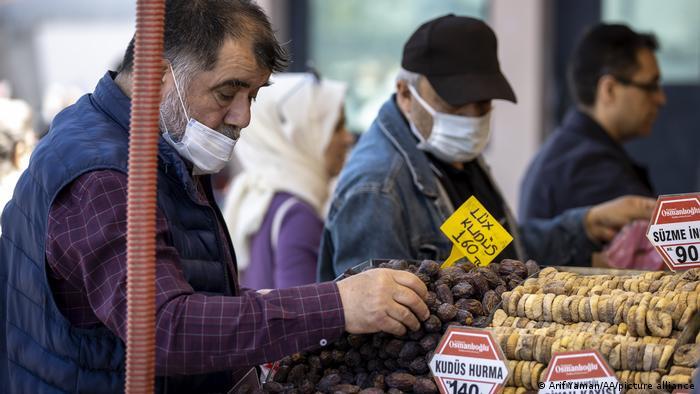 Preparing for Eid: Eid ul-Fitr, or the Feast of Breaking the Fast, comes after a month of fasting between dawn and sunset. This year it was celebrated on 1 or 2 May in many countries, depending on the sighting of the new moon. Many Muslims, as here in Istanbul, flocked to markets to prepare for the festival 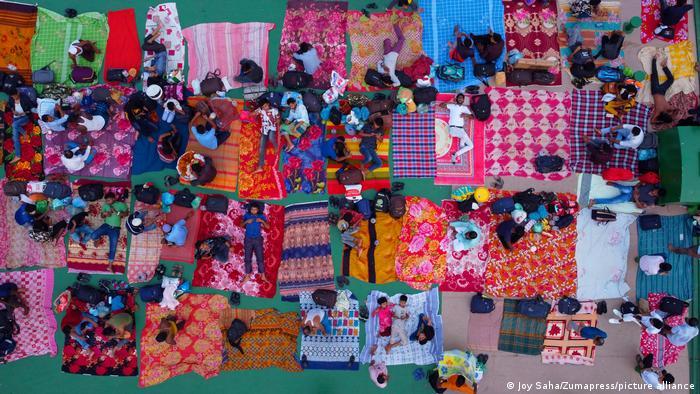 Colourful departure from Dhaka: in countries such as Bangladesh, millions of city dwellers jostled to get out and join their families in towns and villages to celebrate Eid ul-Fitr, which marks the end of the holiest month in the Islamic calendar. Here, residents of Dhaka stretch out on the roof of an overcrowded ferry as it leaves the Bangladeshi capital 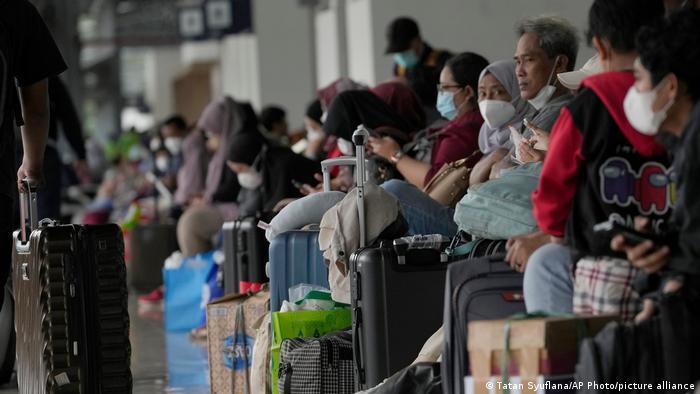 Annual exodus from Jakarta: it was a similar situation in Indonesia, where people waited for trains to take them out of the capital, Jakarta. Indonesia, which is home to the world's largest Muslim population, sees an annual exodus from cities as millions of residents begin to leave for their villages to be with their families and close friends during Eid ul-Fitr 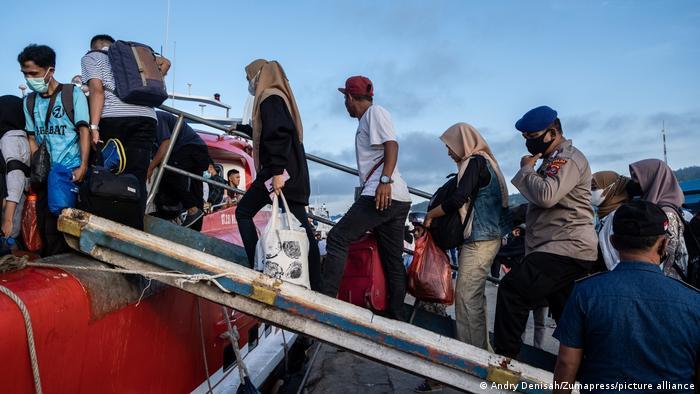 Holiday rush on Indonesian island of Sulawesi: Eid ul-Fitr is the busiest holiday in Indonesia. An estimated 85 million Indonesians headed out to the provinces this year – on ferries, by train, on motorbikes and by airplane, providing a fillip to the transport sector. This year, with COVID-19 cases down and most restrictions on movement scrapped, authorities reinstated the weeklong Eid holiday 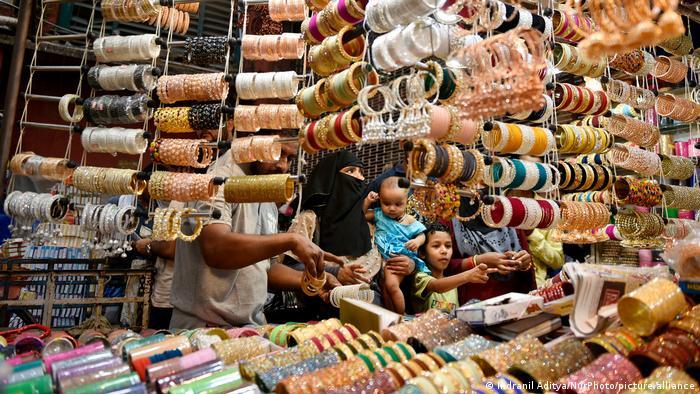 A boost to local businesses: Eid ul-Fitr is also an occasion to splurge. Many worshippers buy and wear new clothes and jewellery during the festival. The spending spree is critical for many local businesses, as here at a market in Kolkata, in eastern India. Retailers usually depend on the period around Eid to boost their sales 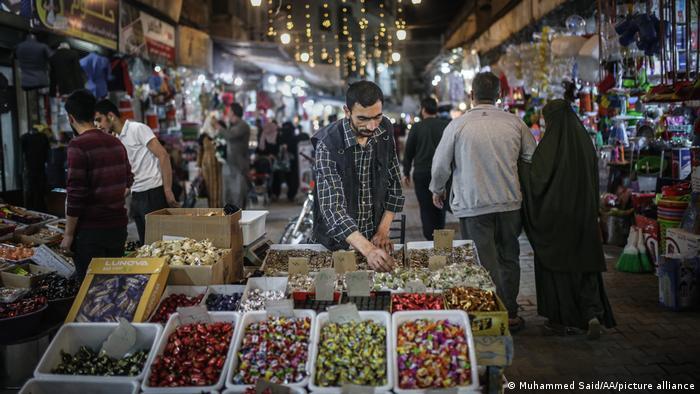 Eid celebrations in shadow of conflict in Syria: markets selling dry fruits, spices and sweets, such as this one in Idlib in northwestern Syria, were also gearing up for brisk business around Eid ul-Fitr. Families and friends usually exchange gifts during the festival. Many families in Syria are struggling to maintain traditional celebrations after years of conflict and displacement 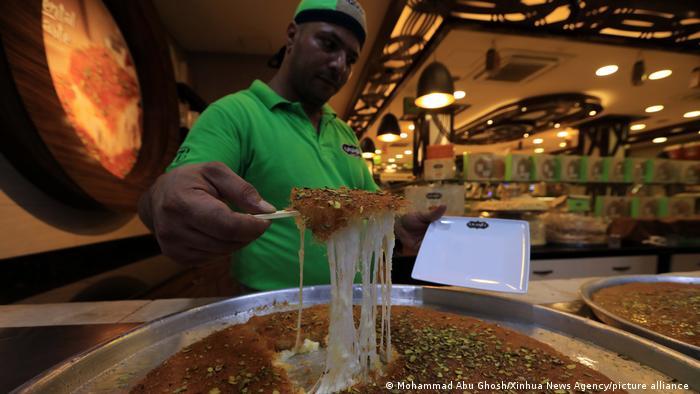 A mouthwatering delicacy in Jordan: after a month of fasting every day, it's little surprise that Eid largely centres on food. In some places, lavish spreads are typically on offer. Here in Amman, in Jordan, a vendor was preparing kunafa, a hallmark syrupy dessert in the Middle East made of cheese, with toppings including fruit, nuts, chocolate and cream 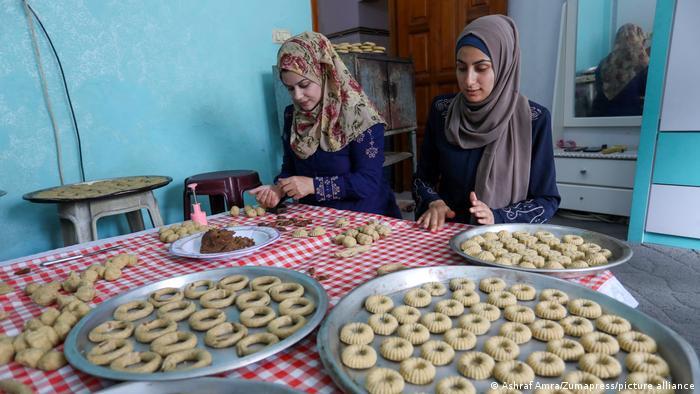 Baking Eid sweets in Gaza: cookies filled with dates, mixed nuts or a mix of honey and sesame seeds are another quintessential Eid delicacy across the Middle East. Baking the cookies, which are called kakh, is a key social activity, with many families gathering to make and decorate the cookies ahead of Eid, as here in Gaza 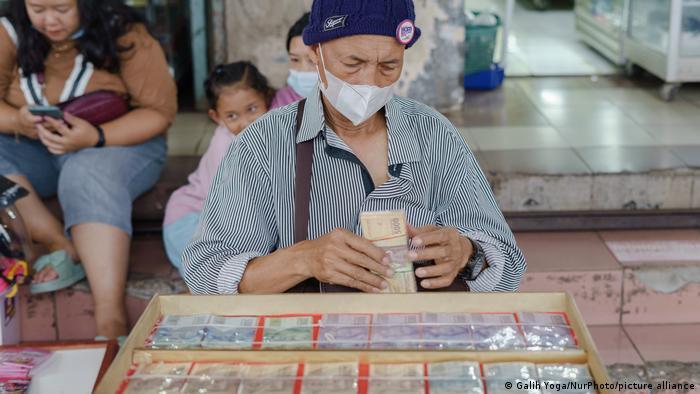 A spirit of giving: one of the key elements of Eid is the concept of Zakat ul-Fitr, which obliges Muslims who can afford it to make a donation in cash or food to allow the less fortunate to celebrate Eid. Here, a vendor in Indonesia prepares money, as Indonesians usually exchange money into smaller denominations to be shared as gifts with families 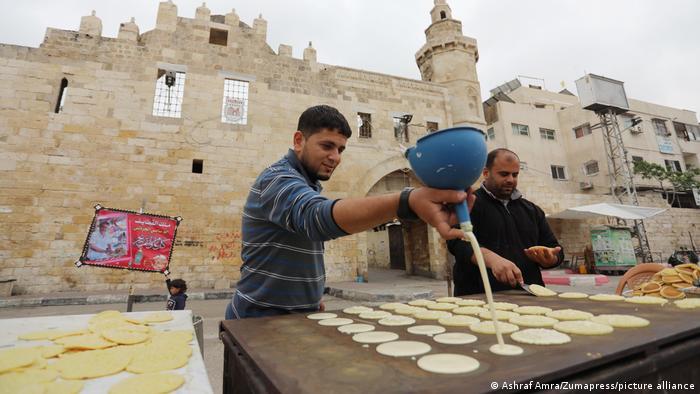 Two different Eids? Another Eid favourite is 'qatayef', a pancake with sweet cream and nuts and doused in syrup. Some people are confused that there are two Eids: Eid ul-Fitr comes at the end of Ramadan and celebrates the breaking of the fast. The other, Eid ul-Adha, which means "festival of the sacrifice", is held about two months later and coincides with the Islamic pilgrimage to Mecca in Saudi Arabia, known as hajj

END_OF_DOCUMENT_TOKEN_TO_BE_REPLACED
Social media
and networks
Subscribe to our
newsletter