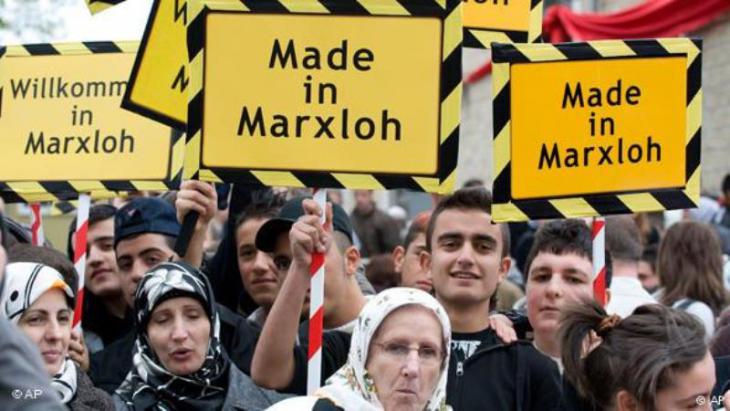 The long road to acceptance

Most Muslims in Germany are well integrated and identify closely with the country. Yet some of the public continue to view them with mistrust, in part because of underprivileged urban areas like Duisburg-Marxloh. By Tonio Postel

Currently around 4.5 million Muslims live in Germany, including the rising number of traumatised refugees from war-torn regions that have entered the country since 2015. This corresponds to about 5.7 percent of the total population. But unease and outright hostility toward Islam is on the rise both in Germany and in Europe as a whole.

Since the indiscriminate and repeated attacks by the self-proclaimed Islamic State terrorist organisation began, migrants, including many Muslims, have been subjected to mistrustful sideways glances and live under a general cloud of suspicion.

According to a 2015 Bertelsmann study, one in two Germans views the religion as a threat. Fifty-seven percent of non-Muslim respondents characterised Islam as "very threatening" or "threatening". Nearly half of all university graduates share this view and 61 percent of Germans think the religion doesnʹt fit into the Western world.

"There is a tendency to perceive Islam as an ideology rather than a religion," Yasemine El-Menouar of the Bertelsmann Foundation says. 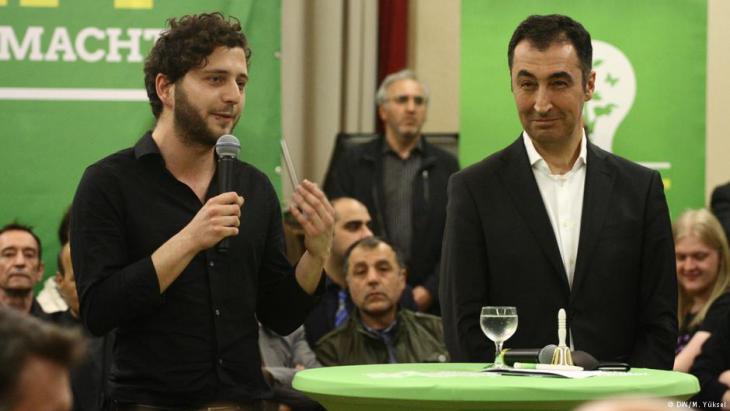 Integration is enjoying widespread success: "the overall trend is clear and Muslim migrants are moving further into mainstream society with every generation. The speed of this process depends not just on migrantsʹ willingness to integrate; the educational system and labour market policy also factor in," says scholar and sociologist El-Menouar

This attitude persists, despite the fact that authorities classify fewer than one percent of the Muslims who meet regularly in about 2,350 mosques and Alevi "Cem" prayer houses across Germany and support a democratic form of government as radicals. These include many ultra-conservative Salafists.

Despite these sobering findings, Islamic scholar and sociologist El-Menouar takes an overall positive view. She says the integration of Muslims who immigrated in the 1960s and 1970s as part of the effort to recruit guest workers is "clearly moving forward". Back then, Turks were the predominant group looking for work in Western Germanyʹs industrial hubs.

"The vast majority of migrants from Turkey, North Africa and other countries arrived here ages ago; they have built lives for themselves, raised their families and created jobs," El-Menouar told Die Zeit daily newspaper. Many of them have established and maintained "good contacts with the locals" and have "close ties" to Germany.

According to a study by the Federal Office for Migration and Refugees (BAMF), Islamic communities are also promoting a sense of fellowship. Almost all go well beyond just "religious services" and help migrant negotiate Germanyʹs bureaucracy and offer tutoring and help with homework.

95 percent of all imams do more than just preach; they take on social responsibility, brokering cooperation with German teachers and social workers, for example. According to the 2012 "Islamic Community Life in Germany" survey, "Islamic communities are important points of contact for integrating Muslims."

According to El-Menouar, integration is enjoying widespread success: "The overall trend is clear and Muslim migrants are moving further into mainstream society with every generation. The speed of this process depends not just on migrantsʹ willingness to integrate; the educational system and labour market policy also factor in."

Still, there are districts in which integration seems to be failing miserably, such as Duisburg-Marxloh, a former working-class district the media are fond of calling a "social hotspot" or "no-go area". Marxloh is one of Germanyʹs most impoverished regions. The unemployment rate for the around 19,000 people who live there is around 16 percent and roughly 64 percent of all residents come from a migrant background.

Business in the Moroccan city of Tangiers is booming due to its location at the nexus of global trade routes. But many locals are failing to reap the benefits. What they crave ... END_OF_DOCUMENT_TOKEN_TO_BE_REPLACED

Morocco and the European Union are at cross purposes when it comes to the Western Sahara. And, as Germany does not support Moroccan claims to the territory, a major conflict has ... END_OF_DOCUMENT_TOKEN_TO_BE_REPLACED

Jewish voices are much more diverse than the public often sees. Jewish men and women who oppose the injustice of Israeli occupation in the West Bank deserve our respect and ... END_OF_DOCUMENT_TOKEN_TO_BE_REPLACED

They’ve already got the Louvre; they’ll soon have a Guggenheim Museum as well – and now the Emirates have added literature to their quest for cultural supremacy in the Arab world ... END_OF_DOCUMENT_TOKEN_TO_BE_REPLACED

The Germans have a fragmented perception of the conflict between Israel and the Palestinians, and their discourse is dominated by certain catchphrases. All the while, there is a ... END_OF_DOCUMENT_TOKEN_TO_BE_REPLACED

An unusual organisation brings Jews and Muslims together to fight hate and promote dialogue. In the small central German city of Marburg they have been jointly calling for an end ... END_OF_DOCUMENT_TOKEN_TO_BE_REPLACED
Author:
Tonio Postel
Date:
Mail:
Send via mail

END_OF_DOCUMENT_TOKEN_TO_BE_REPLACED
Social media
and networks
Subscribe to our
newsletter