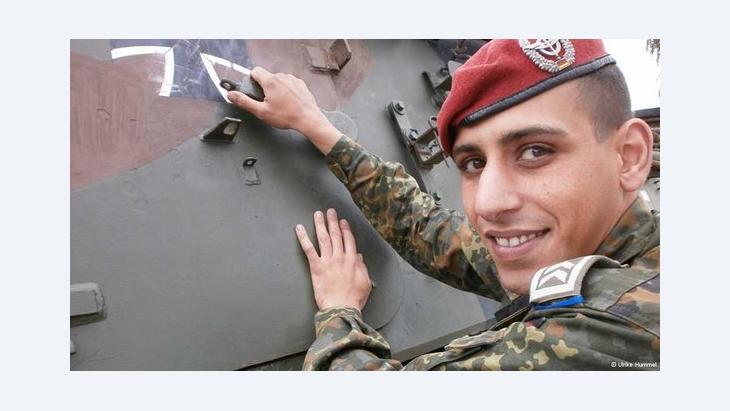 Muslims in the German Armed Forces

﻿There are around 1,000 Muslims among Germany's 250,000 soldiers. During Ramadan, they have the extra pressure of finding a compromise between their job and their daily religious fast. Ulrike Hummel reports

Chaouki Aakil is a sergeant in a logistics battalion. He also carries the responsibility for the soldiers during transport operations. A loss of concentration in a risky situation would be unforgivable, the 30-year-old says.

But that is a real threat during Ramadan, which this year began on July 9, and which requires practicing Muslims to fast between sunrise and sunset. If Ramadan comes during the summer - as it does this year - doing without food and water can be a real problem.

"It gets really busy on foreign missions," says Aakil. "I have decided that when I'm in Afghanistan, I can't fast in good conscience." As a Bundeswehr soldier, he explains, you are not only at the mercy of searing heat among many other physical and mental strains - you also have to be sensitive to foreign cultures. 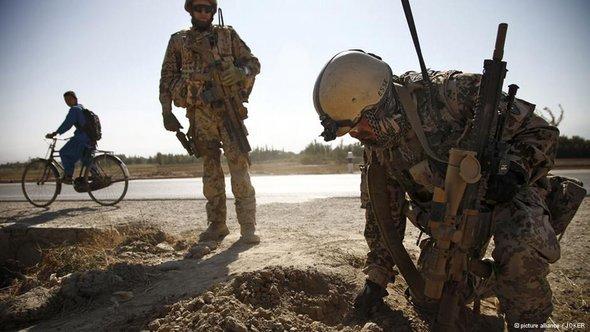 Soldiers work under extreme conditions. Fasting is proving to be even more of a challenge than in civilian life

​​Many of Aakil's fellow Muslim soldiers also struggle with the decision of fasting for Ramadan or not. On the one hand, the annual observance is one of the five pillars of Islam and a sacred duty. On the other hand, it can be extremely problematic from a medical point of view in extreme situations.

"A high degree of concentration is necessary in some of the very strenuous missions," says Michael Faust, head doctor at Cologne University Clinic. "Getting water at the very least is essential." Doing without food could be managed for longer periods, if you take the calories either before or after, said Faust, adding, "That isn't really advisable, but it isn't exactly dramatic either." 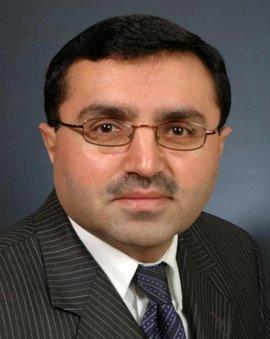 ​​But the question of conscience remains. There are cases where practicing Muslims can make exceptions. "Sick people and travelers, pregnant women, breastfeeding mothers and old people are allowed to skip the fast and do it later instead," said Islamic scholar Erol Pürlü. The same is true of people in particularly difficult jobs. "The fast is meant to serve people's health, and not damage it," he said.

This year, Sergeant Aakil is stationed at a barracks in Unna, western Germany. His duties include regular exercise and target practice. With a daily 18-hour fast, that in itself is a challenge.

During Ramadan, the daily routine also has to be adapted. "Of course fasting in the Bundeswehr is a bit more difficult, because there are army kitchens," says Aakil. "The eating times have to be agreed in advance." And because the sunset happens a few minutes earlier every day, the canteen personnel need to show some flexibility. But it works out, the sergeant insists.

The Bundeswehr has also altered its menu - though only so much change is possible within its legal framework. Muslims can be provided with "halal" foods, meaning meals that are free of pork and alcohol. Byproducts like gelatin are also taboo.

Depending on the origin and the branch of Islam, some Muslims are also only allowed to eat meat from animals that have been slaughtered in the correct way - always an issue in the army. The army cannot provide that, says Aakil, since this type of slaughter is illegal. 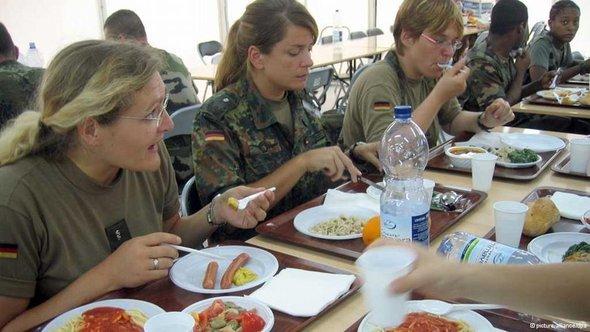 Bundeswehr canteens have been adapted to deal with Ramadan: Muslims can be provided with "halal" foods, meaning meals that are free of pork and alcohol

​​But army canteens are better equipped than many other large kitchens. "Here in Unna the food is prepared separately," says Aakil. The cooks use separate forks and ladles and make sure that the meat is stored separately. "And if we grill together, the cooks always have some aluminum foil with them, so that the turkey breast doesn't touch the bacon."

If his duty roster allows it, Aakil always tries to break the fast with his family, because the holy month is about more than just doing without something. Ramadan is the month of "Ummah" - the global Muslim community - and the fast has an important social function, so Muslims try to break fast together wherever possible. Part of the reason for the fast is to generate empathy for people who hunger or thirst every day, to create a sense of solidarity.

The Hanau terror attack showed just how dangerous racist conspiracy theories can be. And yet it is a threat that continues to be underestimated. Commentary by Daniel Bax END_OF_DOCUMENT_TOKEN_TO_BE_REPLACED

How can we truly appreciate the richness of cultures not our own? In her recent book "What is Islamic art? Between religion and perception", art historian Wendy Shaw explains the ... END_OF_DOCUMENT_TOKEN_TO_BE_REPLACED

In his controversial book published in 2020, French author Pascal Bruckner describes anti-Muslim sentiment as a fiction, claiming that the term "Islamophobia" is being used to ... END_OF_DOCUMENT_TOKEN_TO_BE_REPLACED

Islam scholar and social anthropologist Marie-Christine Heinze is head of an academic exchange project with the University of Sanaa on "Post-conflict Reconstruction in Yemen". In ... END_OF_DOCUMENT_TOKEN_TO_BE_REPLACED
Author:
Ulrike Hummel
Date:
Mail:
Send via mail

END_OF_DOCUMENT_TOKEN_TO_BE_REPLACED
Social media
and networks
Subscribe to our
newsletter