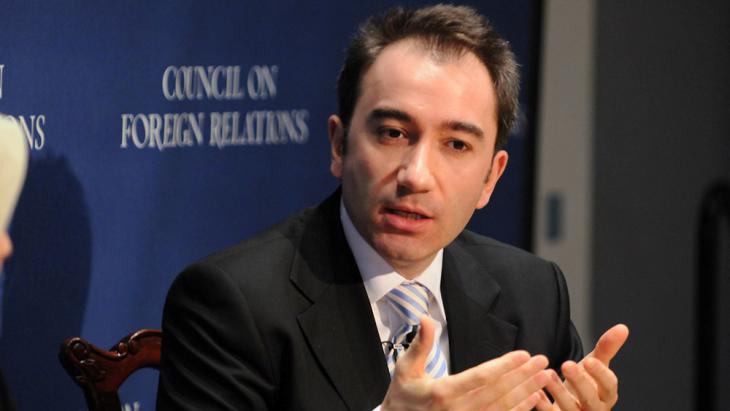 Mustafa Akyol′s ″The Islamic Jesus″
The heart of the matter

Turkish journalist Mustafa Akyol′s latest book ″The Islamic Jesus: How the King of the Jews became a prophet of the Muslims″ is a thought-provoking read, challenging not only the Church′s ascription of Godhead to Jesus, but also the Islamic fixation with God′s law rather than His intention. Lucy James read the book

If ever there was a book guaranteed to stimulate dialogue between Christian and Muslim, then this is it. Long-listed in 2012 for the Lionel Gelber Prize for ″Islam without Extremes: A Muslim Case for Liberty″, this time Mustafa Akyol has produced a work that addresses the commonalities of origin, the role of Jesus Christ within the Muslim faith as a prophet and shows that indeed, much of the Islamic Messianic tradition could well have had its origins in early ″Jewish″ Christianity.

Combining academic attention to detail with an utterly readable style, Akyol examines the sources that pre-date and in part contributed to the New Testament as we know it. Taking the Infancy Gospels and the apocryphal Protoevangelium of James, not to mention the still controversial concept of the Q Gospel, Akyol charts the overlap between Islam and Christianity, which is indeed considerable. This may come as a surprise to those Christians who are unacquainted with the Muslim faith, or indeed Muslims whose knowledge of Christianity is sketchy at best.

Early Christianity in all its forms

Akyol is at pains to remind readers that, in its formative years, the Christian faith as we know it today was by no means set in stone. In the process he points out some interesting distinctions between early brands of Christianity – the Pauline Church based on the teachings of St. Paul, which ultimately formed the basis of modern Western Christianity, and ″Jewish″ Christianity which was nurtured by James, the brother of Jesus and the early Christian fathers in Jerusalem. 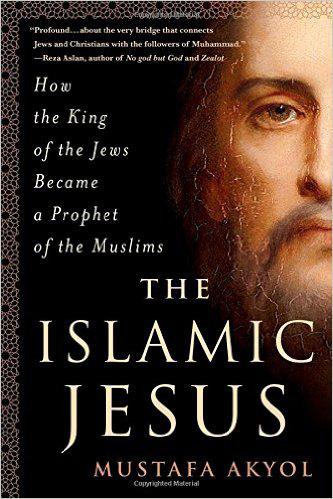 The key to reform: by reasserting Jesus′ unique status as the Word of God, an attribute of the Messiah common to both Christianity and Islam, and venerating his non-literalist, interpretive approach to the law, Muslims and Christians alike have the chance of creating a more humane, more compassionate society

"The Islamic Jesus" also examines the Marian tradition within Islam. Essentially, much of the Church′s veneration of Mary is also found in the Koran. The latter touches on her immaculate conception, gives a detailed account of the annunciation and reinforces the doctrine of the virgin birth.

Akyol even manages to uncover some fascinating Christian archaeological evidence pointing to an alternative legend relating to Mary, the outline of which subsequently reappears in the Koran. ″There are elements in the Christian tradition that place the birth of Jesus not in Bethlehem but somewhere out of the city, and that also place a palm tree and a water spring in the same vicinity,″ writes Akyol.

Having established various links between early ″Jewish″ Christianity and Islam, Akyol goes on to argue that Jesus as an integral element of core Muslim belief deserves greater attention in a modern interpretation of Islam.

The age-old fight against imperialism

He compares the situation of 21st century Muslims to that in which the Jews found themselves during the Roman occupation, feeling the need to fight against what they felt was imperialism in whatever way they could.

Akyol finds Muslim equivalents for the Saducees, the Pharisees, the Essenes, the Zealots and their ′daggermen′ offshoot, the sicarii, in the various different ways Islam is commonly practised today – in conformist Islamic institutions, conservative Sharia-observant Muslims, Sufi adherents, jihadists and, finally, terrorists.

Akyol argues that Jesus came to reinterpret God′s message to the Jews, originally proclaimed by his prophet Moses. And in similar vein he continues that Jesus also has a message for Muslims today, not through his crucifixion and resurrection perhaps, which is what mainstream Christianity preaches, but by taking his example and using it to re-interpret their own law-bound faith.He equates the ancient halakha of the Jews with the Islamic Sharia, finding a common emphasis on the letter of the law. Yet, unlike the halakha, he argues, which underwent a process of enlightenment known as the Haskalah during the 18th century, Sharia remains trapped in a 9th century time bubble.

In establishing the thread common to the three great Abrahamic religions – the person of Jesus Christ – Akyol effectively makes the case for a reform of Islam. In the process he honestly addresses the extraordinary potential of the contribution Jesus made to the world. By reasserting Jesus′ unique status as the Word of God, an attribute of the Messiah common to both Christianity and Islam, and venerating his non-literalist, interpretive approach to the law, Muslims and Christians alike have the chance of creating a more humane, more compassionate society.

This book offers a glimmer of hope at a time when so much of the public discourse is bent on emphasising what separates us. As Akyol succinctly puts it: ″whether we are Jews, Christians, or Muslims, we share either a faith followed by him, a faith built on him, or a faith that venerates him.″

How is one to convey the history of Islamic images of Muhammad freed from today’s polarised politics? What are the challenges and pinch points of this particular academic ... END_OF_DOCUMENT_TOKEN_TO_BE_REPLACED

A Tunisian farmer attaches a machine to a cow's udder and sets the pump whirring, but he only expects to fetch less than half the normal amount of milk amid soaring fodder prices END_OF_DOCUMENT_TOKEN_TO_BE_REPLACED

Food prices doubled, salaries halved, banks restricting withdrawals: Egyptians now have the same problems as the Lebanese. But if things get worse here, the fallout will be far ... END_OF_DOCUMENT_TOKEN_TO_BE_REPLACED

Any reconciliation between Turkey and Syria’s Assad regime would have disastrous consequences for many Syrians, explains Syria expert Kristin Helberg END_OF_DOCUMENT_TOKEN_TO_BE_REPLACED

Iraq bears the scars of decades of conflict and has seen its antiquities plundered, yet the House of Manuscripts' collection has managed to survive END_OF_DOCUMENT_TOKEN_TO_BE_REPLACED

END_OF_DOCUMENT_TOKEN_TO_BE_REPLACED
Social media
and networks
Subscribe to our
newsletter