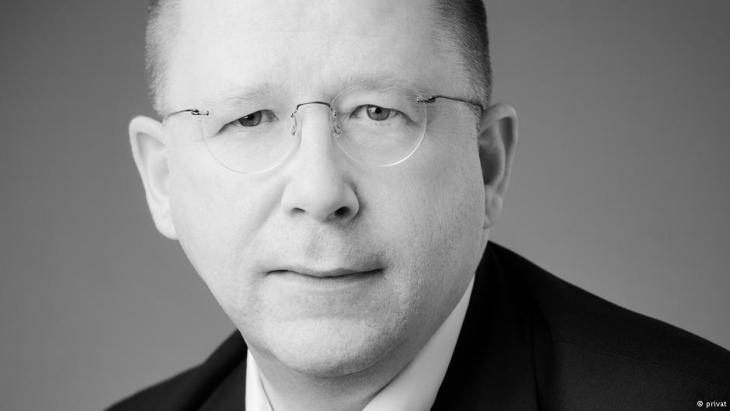 Myanmar and the Rohingya

Is Saudi Wahhabism fuelling an insurgency?

In interview with Shamil Shams, ICG's Tim Johnston claims that the Rohingya insurgency is linked to Saudi Arabia and Pakistan, but that the motivating force is not so much jihadist ideology as anger at the treatment of Rohingya in Myanmar

The International Crisis Group (ICG) recently reported that a group of Rohingya Muslims that attacked Myanmar border guards in October had links with Saudi Arabia and Pakistan.

Following the attacks that killed nine policemen, the country's security forces launched a crackdown in the Muslim-majority Rakhine state in northwestern Myanmar. At least 86 people have reportedly been killed and some 27,000 members of the largely stateless Rohingya minority have fled across the border to Bangladesh since the military operation.

The Harakah al-Yakin (HaY) group, which was formed after communal violence in 2012, claimed responsibility for the October attacks and the Brussels-based ICG said that interviews with members of the group revealed that HaY has ties with Saudi Arabia and Pakistan. The ICG said that Rohingya who have fought in other countries, as well as some Pakistanis and Afghans, gave clandestine training to Rakhine villagers over two years before the attacks.

"It included weapons use, guerrilla tactics and, HaY members and trainees report, a particular focus on explosives and IEDs," the group said, referring to improvised explosive devices.

The ICG identified HaY's leader as Ata Ullah, who was born in the southern Pakistani city of Karachi to a Rohingya migrant father before moving as a child to Mecca, Saudi Arabia, according to the report. 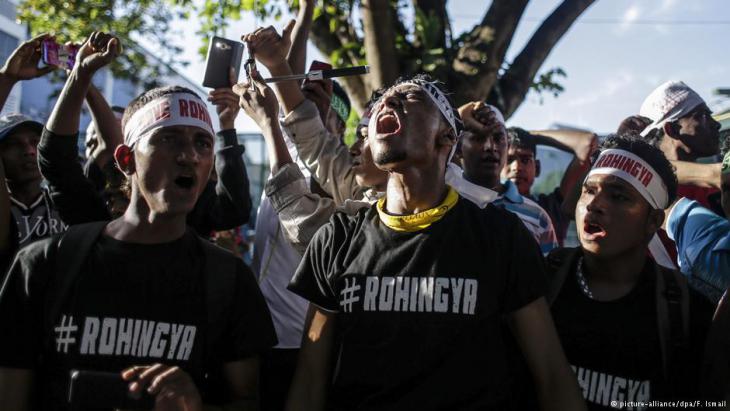 Following the attacks that killed nine policemen, the country's security forces launched a crackdown in the Muslim-majority Rakhine state in northwestern Myanmar. At least 86 people have reportedly been killed and some 27,000 members of the largely stateless Rohingya minority have fled across the border to Bangladesh since the military operation

"Though not confirmed, there are indications he went to Pakistan and possibly elsewhere and that he received practical training in modern guerrilla warfare," the ICG said.

Islamist groups such as the Taliban, Islamic State (IS) and al-Qaida in the Indian Subcontinent have often condemned the violence against Rohingya in Myanmar and called for jihad against the authorities and the majority Buddhists.

In interview,  Tim Johnston, former Asia Programme Director for the ICG, talks about the report's findings and the growing influence of Saudi Wahhabism among the Rohingya.

The ICG report claims that the Rohingya insurgency has links to Saudi Arabia and Pakistan? What is the basis of your findings?

Tim Johnston: We have spoken to a number of people involved in the group behind the attacks, along with other sources. We have strong indications that much of the leadership of Harakah al-Yakin are based in Saudi Arabia – principally Mecca and Medina – although it is worth noting that, as far as we can tell, they are all of Rohingya heritage. We have also been told that Ata Ullah, one of the leaders on the ground, was born in Karachi before moving to Saudi Arabia. It seems that some of the fighters have received training in Pakistan or Afghanistan, but we have not been able to pin down the exact details.

Do the findings imply that the Saudi-Wahhabi version of Islam is also fuelling Islamic extremism among the Rohingya community?

Johnston: Given that the leadership lives in Saudi Arabia, it is clear that they have been exposed to Wahhabism, but we don't think that this is the driving force behind the new insurgency. The motivating force behind HaY is not so much jihadist ideology as anger at the treatment of Rohingya in Rakhine state. Although the movement is backed by fatwas and a number of Islamic scholars, it is at heart motivated by local grievances rather than trans-national jihad like IS or al-Qaida.

Is the Myanmar government concerned about the involvement of some Rohingyas in international jihadist groups? How are they dealing with this?

Johnston: Although there are some Rohingya fighters among international jihadist groups like IS (whom it seems were radicalised outside Myanmar), they are not the principal threat at the moment. It is not clear how concerned the government is of a trans-national jihadist threat to Myanmar. Such a threat clearly exists, but should not be conflated with HaY. Although its leadership is based overseas and therefore has access to funds, ideology and training, the heart of the problem – and the solution – lies within Rakhine state itself.

Do you think that the Myanmar authorities could use the Rohingya links to Saudi Arabia and Pakistan as a justification to intensify their crackdown on the minority community?

Johnston: Clearly, there can be no justification for targeting or failing to protect civilian populations. The Myanmar authorities have not used the foreign angle very much to justify their crackdown so far, but globally there is a trend for governments to use allegations of foreign influence as a way to deflect attention from the difficult domestic problems that they do not have the will to tackle themselves. That would be a mistake in this case, because although some of the HaY leaders are based overseas, the roots of the problem lie in Rakhine.

Such persecution might force more Rohingya people to join Islamist groups. What, in your opinion, could stop this trend?

Johnston: We believe that the violent and indiscriminate overreaction to the October 9 attacks does risk fuelling the insurgency. Although it is inevitable that the government's response will involve some kind of security aspect, we believe that a purely security response is not only doomed to failure, but risks making the problem worse. Any long-term solution will have to be political. This means that the government must address the underlying causes of Rohingya anger that is pushing young men towards insurgency. These causes include long-standing discrimination, a sense of alienation from the political process in Myanmar, arbitrary restrictions on movement and – vitally – the absence of any hope of the situation improving in the foreseeable future.

How can we separate the insurgency issue and the humanitarian aspect of the Rohingya conflict?

Johnston: It is vital to separate the insurgency from the humanitarian aspects of the conflict. Although it is clear that HaY has some popular support, collective punishment – by denying humanitarian agencies access to alleviate chronic and long-standing food shortages, for example – will only fuel support for a violent response towards the government. By preventing aid groups and journalists from accessing the region, the government is creating a fog of uncertainty that will allow their enemies to create powerful narratives that will entrench violence.

The first hearings at the International Court of Justice reflect the entrenched positions in the Rohingya crisis. Rodion Ebbighausen believes the trial may finally help to soften ... END_OF_DOCUMENT_TOKEN_TO_BE_REPLACED

Myanmarʹs Aung San Suu Kyi and Hungaryʹs Viktor Orban have discussed their mutual fear of Muslims. In doing so, the Burmese leader has again showed she has lost the moral standing ... END_OF_DOCUMENT_TOKEN_TO_BE_REPLACED

Fatima was gang-raped during attacks on Rohingya Muslims as part of Myanmar's ethnic cleansing campaign. Now, she and her family live in a camp in Bangladesh with few prospects, ... END_OF_DOCUMENT_TOKEN_TO_BE_REPLACED

Islamophobia is rife in Sri Lanka, Myanmar and Thailand, with Buddhist monks heading up the hate campaigns against Muslims. Yet the roots of the conflict run deep. A report by ... END_OF_DOCUMENT_TOKEN_TO_BE_REPLACED

The campaign of ethnic cleansing now being carried out against Myanmar′s Rohingya confronts the world with one of those moments that seem to arrive unannounced. Surely, by now, we ... END_OF_DOCUMENT_TOKEN_TO_BE_REPLACED 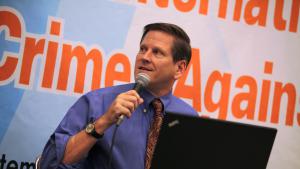 An estimated number of 270,000 Rohingya Muslims have fled ethnic cleansing in Myanmar and have crossed over to Bangladesh. Aid agencies are struggling to cope with the influx and ... END_OF_DOCUMENT_TOKEN_TO_BE_REPLACED
Author:
Shamil Shams
Date:
Mail:
Send via mail

END_OF_DOCUMENT_TOKEN_TO_BE_REPLACED
Social media
and networks
Subscribe to our
newsletter