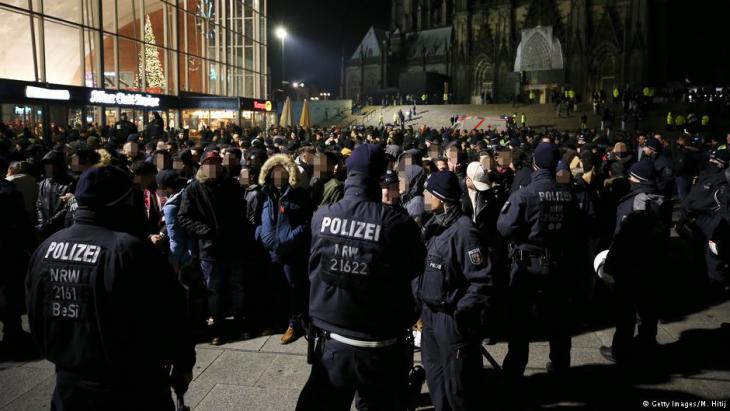 Criticising racist police checks should be a civic duty in Germany. Instead, the critics are now being vilified. A commentary by Daniel Bax.

It's amazing: the German police have finally officially admitted that they specifically single people out from a crowd based on their presumed ethnic origin. And they even proudly announced on Twitter that they applied this "police strategy" on a massive scale on New Year's Eve night in Cologne – a "strategy" that is after all contrary to the fundamental values enshrined in the German Constitution.

And how did the majority of the German media react? They were glad that "no incidents occurred" on New Year's Eve. Many journalists in Germany must be living in quite a white bubble.

Of course the City of Cologne and the police force deserve credit for ensuring that so many people were able to ring in the New Year peacefully on the Cathedral square – in contrast to a year ago, when the police were hopelessly overwhelmed with the task of keeping citizens safe. This kind of progress was long overdue, made possible not least by a much larger police contingent on the scene.

However, as the Federal Ministry of the Interior well knows, identity checks and other harassment based on outward appearance alone are strictly against the law. For the police, this means in concrete terms that there is nothing to stop them from monitoring larger groups of young men and keeping them in check, particularly if they behave aggressively. But it is not acceptable to single out people and treat them differently based solely on their skin colour. The latter however evidently occurred on a massive scale on New Year's Eve in Cologne, if we are to believe the eyewitness reports of the Kölner Stadtrevue, Neues Deutschland, taz and n-tv.

The strategy in question is known as racial profiling. And although it is officially banned, many people with dark skin or a "Mediterranean appearance" are only too familiar with this police practice. At German railway stations, airports and on public squares, their chances of being stopped and checked by the police are significantly higher than those of their blond and blue-eyed peers.

So this form of discrimination by police officers is nothing new. What is new, though, is the scale on which it was applied on New Year's Eve in Cologne, visible for all to see. Also new is the matter-of-fact tone with which politicians and journalists are now declaring that all those who fit the biased police profile will now unfortunately simply have to put up with this restriction of their civil liberties in order to ensure our collective security. 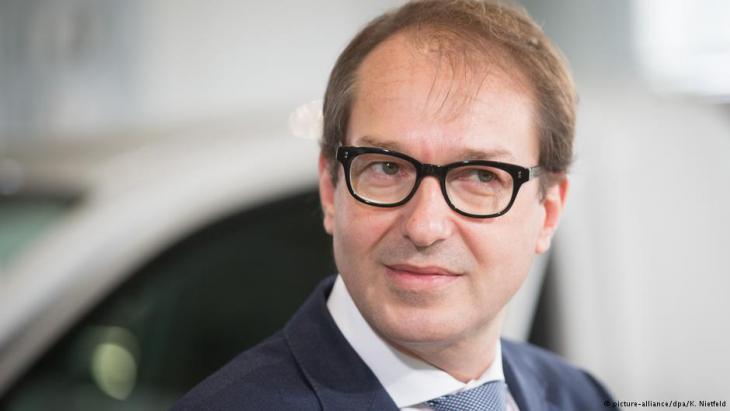 Stirring up resentment: Transport Minister Alexander Dobrindt (CSU) has come under massive criticism from grand coalition partner SPD and the parliamentary opposition for the use of the term "Nafri". In terms of his security policies, Dobrindt is a racist agitator, for whom everything evil comes from abroad – he is working to make such derogatory terms politically acceptable," declared Katja Kipping, party leader of Die Linke. MP for the Green party, Volker Beck, said that Dobrindt used terms which are "derogatory, offensive and designed to ostracise" – "regardless of whether they were originally used as an abbreviation for quite a different purpose"

We might find ourselves asking: Whose security is meant here? And don't people with a "North African appearance" also have the right to not be harassed by the police and wrongly suspected, but rather to celebrate in peace?

This sloppiness when it comes to defining the thin but decisive line between legitimate security concerns and racial discrimination is made clear by the confusion surrounding the term "Nafri". The term has been in use in internal Cologne police jargon since 2013 to refer to "North African multiple offenders" – to the milieu inhabited by petty criminals with uncertain residence status who have long been wreaking havoc in Cologne's city centre as "hugger muggers" and pickpockets.

Such offenders made up part of the mob responsible for the attacks on New Year's Eve night last year. And although no incident of the past year has attracted so much media scrutiny and prompted so many official investigations, many myths still persist surrounding the events of that night.

Germany's flagship feminist Alice Schwarzer, for example, is still spreading groundless conspiracy theories which hardly anyone questions. And the idea that certain forms of crime are somehow culturally based has since become a commonplace.

Why not impose a curfew for Saxons?

In their controversial tweet, for which Cologne Police President Jürgen Mathies rightly apologised, the Cologne police proudly announced shortly before New Year's Eve that they were in the process of checking the papers of several hundred "Nafris" who had been detained at the main station. But because the men were still being checked, the police could not know yet whether or not they were actually multiple offenders.

But no matter: some police officers apparently deem "North African" to be description enough to justify discriminatory treatment and many members of the press agree with them. 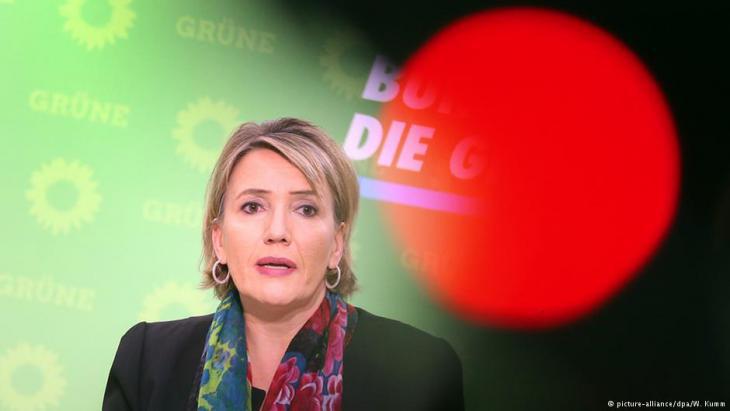 Under fire: Green Party leader Simone Peter questioned the legality of the way police were deployed in Cologne on New Year′s Eve. Was it legal and proportional to the perceived thread to check some 1000 people on the basis of their appearance, leading in a handful of cases to arrests? She faced not only the combined fury of the CDU/CSU, but her remarks met with a measured rebuke from members of her own party, most prominent among them the chair of the Green parliamentary faction Katrin Goring-Eckhardt. Simone Peter later retracted her comments. "The massive police presence in Cologne and other major cities on New Year′s Eve helped considerably to reduce the level of violence and assaults," said Peter

Let us now compare this attitude to the leniency shown toward the weekly demonstrations in Dresden by PEGIDA, from whose ranks not only serious crimes have been committed, but recently even a bombing attack on a mosque, in which fortunately no one was injured.

Despite these incidents, however, the right of assembly of the PEGIDA followers has never been called into question. Why not herd the PEGIDA mob together next time and check their papers one by one before letting them out onto the streets – or why not just impose a curfew on all of Saxony? But the same people who always warn against excluding these citizens, urging us to instead take their "worries and concerns" seriously, are now calling on Cologne to proceed with unprecedented force.

Simone Peter is right to admonish

The general shift to the right in Germany is evident not only in the double standard displayed here but also in the harshness with which Green Party leader Simone Peter was dismissed out of hand for daring to challenge the reasonableness and legality of the police actions in Cologne and elsewhere. Even her own party distanced itself from her criticisms – as though anyone demanding that the police take the Constitution seriously is nothing but an ingenuous dreamer.

Criticising racist police checks should actually be a civic duty in Germany after the experiences of the Nazi era and the NSU affair. Instead, the critics are vilified. On paper, the SPD, Left and Green parties are strongly opposed to racial profiling. But as soon as things get serious, they bow to the populist zeitgeist. The Greens once even wanted to be the party of civil rights. These rights evidently no longer apply to "people who look Mediterranean".

Unflattering terms were used at a German Football Association human rights congress aimed at "intensifying the discussion" ahead of the World Cup. One speaker in particular made ... END_OF_DOCUMENT_TOKEN_TO_BE_REPLACED

Fariduddin Attar’s "The Conference of the Birds", one of the seminal works of Islamic mysticism, has recently been published in sumptuously illustrated German translation. It ... END_OF_DOCUMENT_TOKEN_TO_BE_REPLACED

Egyptian authorities have Mada Masr in their sights once again after critical reporting. But the editor of the country's last independent news source is adamant they will continue ... END_OF_DOCUMENT_TOKEN_TO_BE_REPLACED

Like Christianity, Europe's history is one of migration. Both have strong roots in the Orient and in cultures thousands of years old. Cultural historian Bernhard Braun invites us ... END_OF_DOCUMENT_TOKEN_TO_BE_REPLACED

Mohamed Abla is the first visual artist from Egypt to be awarded the Goethe-Institut’s Goethe Medal, Germany’s highest honour in the area of foreign cultural policy. Stefan ... END_OF_DOCUMENT_TOKEN_TO_BE_REPLACED

END_OF_DOCUMENT_TOKEN_TO_BE_REPLACED
Social media
and networks
Subscribe to our
newsletter