In her book "We are Iran. The Persian Blogs," Nasreen Alavi takes an in-depth look at the multifaceted anti-mullah protest culture flourishing on the Internet in Iran. Golrokh Esmaili reports 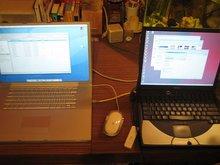 Weblogs are very popular in Iran. Nowadays Persian is one of the languages most frequently used on the world wide web.

​​Recent events in Iran have given rise to a nonstop series of negative headlines: anti-Israeli and radical Islamist polemics as well as debates on the country's nuclear program have made Iran the focus of world attention.

However, what is really going on the behind the scenes, and behind the back of the fundamentalist regime, has largely escaped notice. And whoever believes that Iran is a backward country and that people there are hesitant to express their political opinions for fear of repression still has a lot to learn.

Internet as platform for freedom of expression

In September 2001, Hossein Derakhschan sparked a minor revolution by becoming one of the first in Iran to write a so-called weblog – an electronic journal. He called on others to follow suit, and provided them with guidelines – prompting a development that has led to 70,000 Iranians keeping an online diary today.

Now that Iran's reformed press has virtually been silenced and the audiovisual media are in the firm grip of the conservative government, it's no longer only reform-minded journalists who have switched their focus to the World Wide Web. The Internet has increasingly become a forum for uncensored information and opinions.

The primarily young Web authors – some 70 percent of the Iranian population is under 30 years old – write and converse day after day with a great deal of humor, charm and lyricism on themes such as music, culture and love.

At the same time, they also vent their critical views on political issues including the situation of women, repression, and resistance within their home country. Many authors use their blogs to circumvent the strict state censorship laws by publishing their works online.

"In an era in which our society denies the right to freedom of expression and one newspaper after another is banned – while writers and journalists are herded into prison – the blogosphere is the only place left where we can respect and maintain freedom of opinion," in the words of blogger Bijan Safsari, quoted in Alavi's book.

In "We are Iran," the former manager has translated and compiled the complex thoughts and views of Iranians as expressed in countless weblogs. Farsi – the official language of Iran – has meanwhile become the fourth most common language used in Internet journals – before Spanish, Chinese and German.

Alavi, who grew up in Iran, supplements the carefully selected blog entries with background texts on the history, culture and politics of Iran – all painstakingly researched and referenced.

​​She delves into both the contradictions inherent in the Islamic revolution as well as the "paradox of free education." This is how she describes the nation's policy of providing the populace with an excellent free education that gives them exactly the tools and knowledge they need – including how to make use of a variety of media techniques – to ensure a high degree of political awareness.

The government of the Islamic Republic reacted to the latest developments on the World Wide Web by passing a corresponding law in October 2004.

The law states that anyone who publishes anti-regime propaganda – and uses computers or telecommunications to do so – is endangering national security, disrupting law and order and offending religious sensitivities and is therefore subject to punishment.

Although the regime is now enforcing this law by indiscriminately arresting, torturing and imprisoning bloggers, Tehran's moral police are powerless to quell the explosive growth of the blogger scene. The dissidents continue to say what they think.

One blogger describes his motivation like this: "My blog gives me the chance to be heard – a free microphone that doesn't need a speaker…an empty page (…) I think… I live…I blog….therefore I am."

The fact that student groups and nongovernmental organizations use their blogs to coordinate their activities is sufficient to demonstrate the political dimension of weblogs in Iran.

In her book, Alavi reveals to the reader a completely new – heretofore unknown – side of Iran: an Iran that does not fit the common clichés spread by the media – manically chanting Ayatollahs, black-cloaked, mourning women and armed, bearded men.

On the contrary: Alavi explores the world of a new generation that is confronting many sociopolitical and societal issues from a critical standpoint. A people with the same needs, dreams and longings as those who live in freedom.

The book effectively captures the mood of a generation that wants to laugh, dance, cry and cast off the yoke of repression. The reader gets a far-reaching impression of how young Iranians live and think today, and an authentic picture of the country's civil society.

One becomes aware of what a significant and decisive role weblogs can play in Iran's ongoing struggle for freedom of expression and democracy. In "We are Iran," Alavi gives the younger generations a voice that might even succeed at prevailing against a government that has long attempted to silence it.

Nasreen Alavi grew up in Iran, studied in London and has taught at British and North-American universities. She gave up her career as a manager in London in order to work for a nongovernmental initiative in Tehran.

Iran: Anomymity of the Internet Fosters Freedom of Expression
According to a current report by “Reporters Without Borders”, Iran is still “the biggest journalists’ jail in the Middle East”. Nonetheless, some journalists are optimistic – thanks to the Internet.

END_OF_DOCUMENT_TOKEN_TO_BE_REPLACED
Social media
and networks
Subscribe to our
newsletter