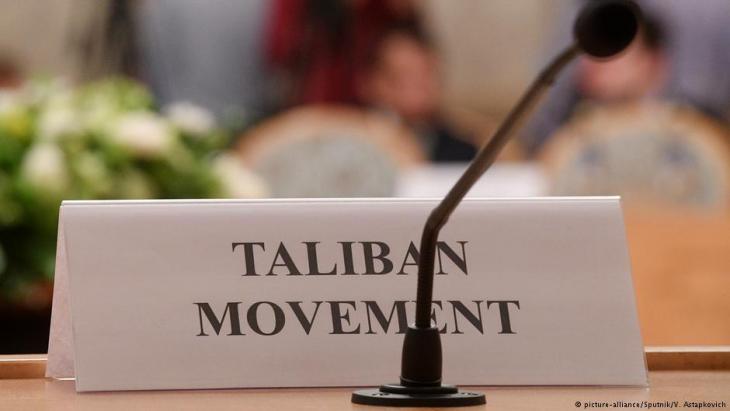 Negotiating peace with the Taliban
Any deal will do

The tension among Kabul's political elite is palpable. Washington has been conducting negotiations for a peace deal with the insurgent Taliban in the Gulf emirate of Qatar for quite some time now, and the government in Kabul feels side-lined. Yet regardless of who is sitting around the negotiating table, almost all players in Afghanistan agree: the need for peace is urgent. By Emran Feroz

On his recent return from Doha, Zalmay Khalilzad, spoke of the "significant progress" that had been made. Khalilzad is not just anyone. Unlike Afghan President Ashraf Ghani, Khalilzad is the man of the hour. The Afghan-born Khalilzad is U.S. special envoy for Afghanistan. He not only led the recent peace talks with the Taliban in Qatar, he has been shaping American policy in Afghanistan for almost 40 years.

After a full six days of talks in Doha, a withdrawal of international troops from Afghanistan – which is top of the Taliban's list of demands – could soon become a reality. According to reports, a pull-out of U.S. troops within 18 months is on the table. Two-thirds of the roughly 22,000 foreign soldiers in the country are Americans.

"No Afghans want foreign troops to be permanently stationed in their country," said President Ghani in an address directly after the talks in Doha. A short time later, speaking in an extensive interview with the Afghan private TV channel Tolo, Ghani referred to Khalilzad as a "friend". But it wasn't all sweetness and light; Ghani also took a side-swipe at Khalilzad: "He is an American. I am the President of Afghanistan," he said, among other things.

A peace deal reached over the heads of the people?

The fact that all negotiations in Qatar have taken place without a representative of the Afghan government at the table is all the more problematic. The Taliban have repeatedly voiced their lack of interest in talking with the Kabul government, saying that they do not want to negotiate with a "puppet regime".

This is why many Afghans suspect that a peace deal could be reached over their heads and that this deal would above all serve American and not Afghan interests. First and foremost this would impact on Afghanistan's political elite, which now fears losing its grip on power. 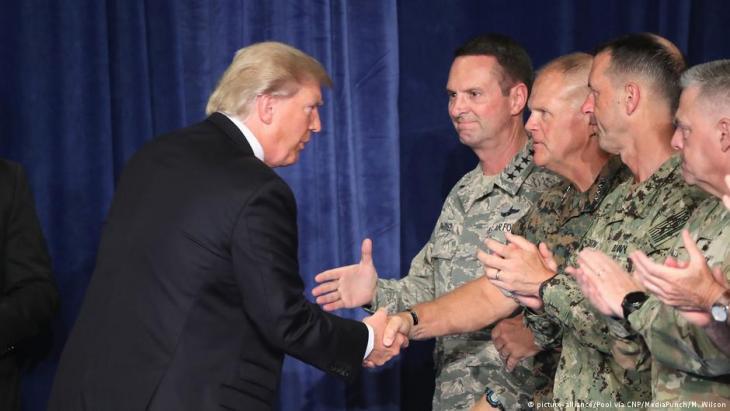 "America First" – and that includes the war in Afghanistan: there is growing concern in Kabul that the USA could withdraw its troops from Afghanistan before a long-term peace with the Taliban has been achieved. U.S. President Donald Trump wants to withdraw about half of the 14,000 U.S. soldiers currently stationed in Afghanistan. However, no timetable has yet been set. A continuation of talks in Doha with the Taliban is scheduled for 25 February

It is an open secret that Ghani's government would fall apart in no time were foreign troops to leave the country. The reasons for this include not only the Taliban, but also countless inner-Afghan disputes between brutal warlords and corrupt politicians, which make the Afghan state seem very fragile indeed.

No refuge for al-Qaida and co.

Washington's main worry is that Afghanistan could develop as it did in the 1990s and up until 2001. In short, the U.S. does not want Afghanistan to return to the days when it was a refuge for extremist terrorist groups such as al-Qaida. This demand has to all appearances been accepted by the Taliban too.

After coming to power, the Islamist group imposed a ban on girls' education, prompting some Afghans to set up an underground school. Hussain Sirat and Ahmad Hakimi spoke to some ... END_OF_DOCUMENT_TOKEN_TO_BE_REPLACED

As the Western world emerges from a holiday season made less festive by COVID-19, millions of children in Afghanistan are starting 2022 facing the prospect of famine, illness, and ... END_OF_DOCUMENT_TOKEN_TO_BE_REPLACED

Each year, thousands of people travel to the Turkish city of Konya to attend a week-long series of events and ceremonies that mark the death of the 13th-century Islamic poet, ... END_OF_DOCUMENT_TOKEN_TO_BE_REPLACED

Their exhausting escape from the Taliban took them from Kabul to Qatar, though European cities and U.S. military bases. But now this Afghan family has finally arrived in a small ... END_OF_DOCUMENT_TOKEN_TO_BE_REPLACED

The Pakistani Taliban, known by the acronym TTP, are regrouping and reorganising, with their leadership headquartered in neighbouring Afghanistan, according to a U.N. report from ... END_OF_DOCUMENT_TOKEN_TO_BE_REPLACED

END_OF_DOCUMENT_TOKEN_TO_BE_REPLACED
Social media
and networks
Subscribe to our
newsletter