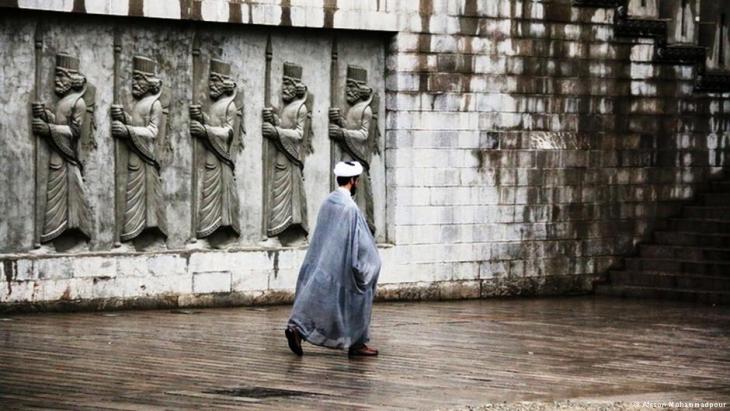 In the Islamic Republic of Iran, which once vowed to eliminate hereditary rule, large family dynasties are increasingly dominating the political landscape. Critical voices assert that the Shah has been replaced by a clerical "king" as ruler of the country, complete with his own court and state nobility. However, some of the hereditary princes are demonstrating remarkable independence. By Ulrich von Schwerin

Take Ali Larijani, for example. The conservative chairman of the Iranian parliament is one of the most influential politicians in the Islamic Republic. His four brothers likewise hold important state posts, starting with Sadeq Larijani, the head of the judiciary. Their brother Mohammad-Javad is secretary of the High Council for Human Rights and advises Iran's Supreme Leader Ayatollah Ali Khamenei, while Bagher was formerly the chancellor of Tehran University of Medical Sciences and Fazel is a diplomat. They are the sons of the prominent Ayatollah Mirza Hashem Amoli and thus nephews of Grand Ayatollah Abdollah Javadi-Amoli, one of the foremost clerics in Qom.

The Iranians toppled the monarchy in 1979 because they had had enough of the Shah and his entourage of princes, nobles and minions leading a life of luxury at the expense of the citizens. The Revolution vowed to do away with the principle of hereditary rule, which is why the 1979 constitution stipulates that even the Supreme Leader is an elected official and can in principle be deposed again. Even today, the leadership still points proudly at the regular elections that are held for parliament, the presidency and the Council of Experts.

An illusion of openness

But of course the elections cannot conceal the fact that the openness of the system is only an illusion – after all, it is really the Guardian Council that decides which candidates will be allowed to run. Anyone who is not part of the governing elite that has emerged since the Revolution has no chance of approval. And along with loyalty to the Revolution, the system and its leaders, family ties are increasingly a vital factor in determining who belongs to the state elite in the Islamic Republic. 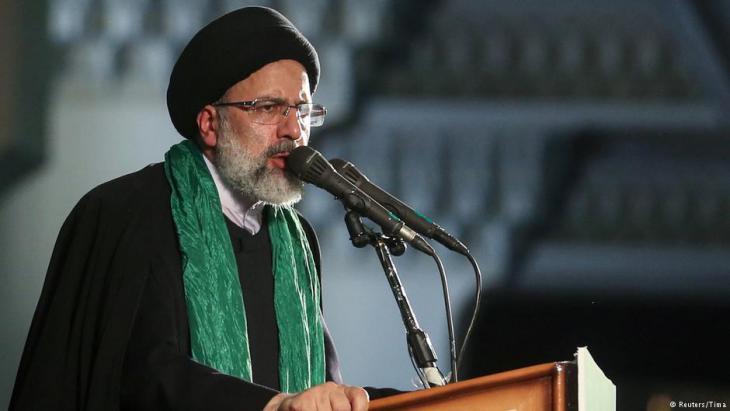 The most important newcomer to the Iranian political scene: star candidate Ebrahim Raisi and his arch-conservative supporters may have experienced a painful defeat on 19 May, but Raisi is regarded as having a huge amount of political clout. Last year he was appointed director of the Imam Reza shrine in Mashhad, considered one of the country′s most prestigious posts. Speculation is also rife that Raisi could one day succeed Ayatollah Ali Khamenei as Supreme Leader

The most notable newcomer to Iranian politics this past year was Ebrahim Raisi, who challenged the moderate incumbent Hassan Rouhani in the presidential election of 19 May (and failed). Until the beginning of last year, the conservative cleric was virtually unknown, but with his appointment in March 2016 as the custodian of the Astan Quds Razavi in Mashhad, the foundation that manages the Imam Reza shrine, he all at once leap-frogged into the inner circle.

Raisi is admittedly anything but an outsider. He got where he is today by working his way up the ladder over the course of decades as a public prosecutor. His appointment as head of the foundation, which controls an economic empire with enormous political clout, is however owing not only to his judiciary credentials but also to his ties to Mashhad's Friday prayer leader Ayatollah Ahmad Alamolhoda, whose daughter Jamileh happens to be his wife.

The Shia clergy has long been a close-knit milieu concentrated in a few centres such as Qom, Najaf, Karbala, Mashhad and Isfahan. In Qom, the city of theologians, the houses of the most distinguished Grand Ayatollahs are crowded into a few narrow streets around the mausoleum of Hazrat Fatimah. Notwithstanding their proximity, many of the ayatollahs are arch-enemies who have in some cases nurtured bitter feuds for generations.

Even though the number of clerics in Iran has increased exponentially since the Revolution, only a few dozen of them really have a say in matters. Many of them have not only known each other for decades, studied under the same scholars and lived in the same madrassas; they are also connected by marriage or descent. Quite a few of the high clergy come from clerical dynasties, some dating back several generations. 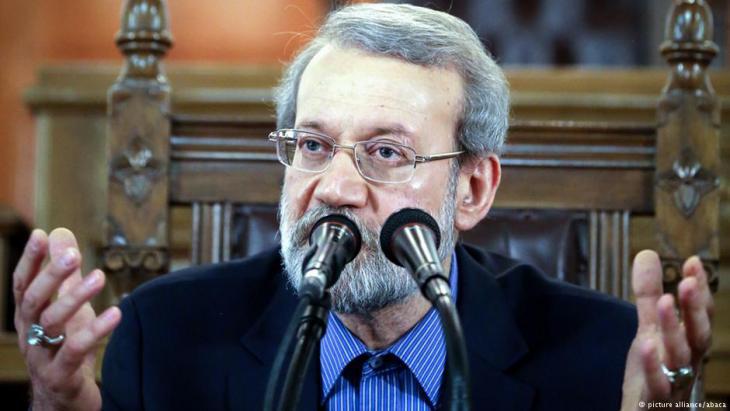 In each other′s pockets: many leading politicians are descended from ayatollahs and related to other members of the state elite. Ali Larijani boasts blood ties not only with the head of the judiciary but also with the conservative member of parliament Ahmad Tavakoli (his cousin). Through his marriage with Farideh Motahhari, Ali Larijani is also the brother-in-law of Ali Motahhari, one of the most influential conservative politicians

With the Revolution, this religious nobility also took to the political stage. Many of the highest-ranking politicians are descendants of ayatollahs and are related to other members of the governing elite. Ali Larijani, for example, is related not only to the head of the judiciary but also to the conservative member of parliament Ahmad Tavakoli (his cousin). Through his marriage with Farideh Motahhari, Ali Larijani is also the brother-in-law of Ali Motahhari, one of the most influential conservative politicians.

Farideh and Ali are both children of Morteza Motahhari, one of the theorists of the Islamic Revolution, who was murdered in May 1979. Former President Mohammad Khatami is in turn the brother of Mohammad-Reza, a prominent member of parliament and chairman of the reformist Islamic Iran Participation Front (Mosharekat Party). The latter is married to Zahra Eshraghi, a granddaughter of Republic founder Ayatollah Ruhollah Khomeini.

Many Iranians take a dim view of the principle of hereditary influence in politics. The clan of ex-President Akbar Hashemi Rafsanjani, who died in January, has in particular become the target of hostility and allegations of corruption – many of them justified, but others probably politically motivated. Three of Rafsanjani's children, Fatemeh, Faezeh and Mohsen, are themselves active in politics, while the fourth, Mehdi, is a businessman. Convicted of corruption, he is currently serving a long prison sentence.

Criticism has also been voiced at the fact that Khamenei's son Mojtaba exerts considerable influence as his father's adviser (along with Ebrahim Raisi and Sadeq Larijani) and is even sometimes touted as a successor. It is certainly a tradition for ayatollahs to treat their office as a family business, but in politics this poses a problem. Mojtaba is furthermore married to a daughter of Gholam-Ali Haddad Adel, a former parliamentary chairman. 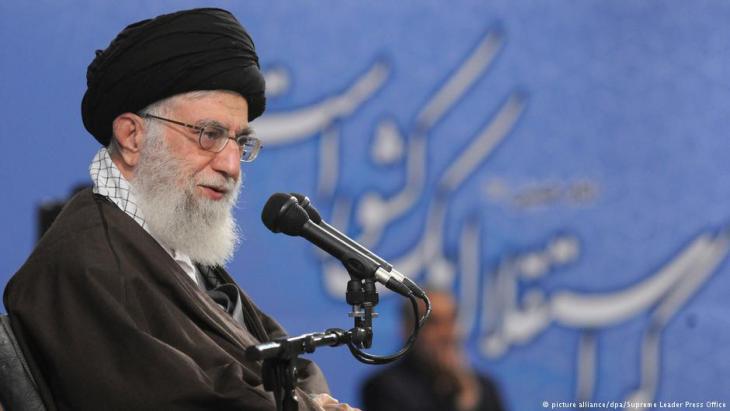 Holier than thou: critics have long accused Khamenei of being nothing other than a clerical emperor with his own court. Although he reportedly leads a simple life, his family directly or indirectly control a huge fortune

Critics have long accused Khamenei of being nothing other than a clerical emperor with his own court. Although he reportedly leads a simple life, his family directly or indirectly control a huge fortune. Although ostentatious display of wealth as practised in the Gulf monarchies is taboo in Iran, other clerics have allegedly amassed tremendous riches.

Interestingly enough, not all hereditary princes fall in line with their fathers and some actually have quite independent political viewpoints. An intriguing example is Ali Jannati, who has clearly distanced himself politically from his father, the arch-conservative chairman of the Guardian Council, Ayatollah Ahmad Jannati. As Rouhani's minister of culture, Ali Jannati took a relatively liberal and tolerant stance, earning him sharp censure from the conservatives.

Also of note is Hadi Khamenei, a younger brother of the Supreme Leader, who already began pushing for reforms in the 1980s. Later, the politician and newspaper publisher broke off contact with his brother completely and in 1999 he was even physically attacked and seriously injured because of his reputation as a reformer.

Hassan Khomeini, who as grandson of the founder of the Republic manages his mausoleum and writings, is also among the reformers. When he wanted to run in the election for the Council of Experts in February 2016, the 44-year-old cleric was rejected by the Guardian Council – on the grounds of a lack of religious qualifications. The above examples show that even being related to Khamenei or Khomeini does not ensure against state persecution and exclusion.

The person who has broken most blatantly of all with the regime is Hussein Khomeini. The grandson of the founder of the Republic condemned the system early on as a "dictatorship of the clergy." Later, he met with the son of the deposed Shah in the USA and publicly called for an American invasion to remove the regime. People committing lesser offences have been executed in Iran, but the regime would surely not go so far as to hang a Khomeini.

In the run up to Iran’s presidential election, Supreme Leader Ayatollah Ali Khamenei has sought to entrench his power. Alex Vatanka asks whether a sharp slump in voter turnout ... END_OF_DOCUMENT_TOKEN_TO_BE_REPLACED

Turkey's parliamentary and presidential elections are scheduled for June 2023. But they are already casting a shadow. While the opposition is calling for early elections, ... END_OF_DOCUMENT_TOKEN_TO_BE_REPLACED

Despite promises to the contrary, the social and economic situation in Iran deteriorated under President Rouhani, prompting two nationwide revolts in recent years. Yet the social ... END_OF_DOCUMENT_TOKEN_TO_BE_REPLACED

Starting 29 May, the "Epic Iran" show at London's Victoria & Albert Museum delves into 5,000 years of art, design and culture of the country. ... END_OF_DOCUMENT_TOKEN_TO_BE_REPLACED

By stage-managing his re-election in a poll widely dismissed as a farce, Syria's President Bashar al-Assad has killed two birds with one stone: he has forced his compatriots to ... END_OF_DOCUMENT_TOKEN_TO_BE_REPLACED

On the face of it, the Iran of 2021 still bears considerable resemblance to the Islamic theocracy that was established following the overthrow of the Shah in 1979. Yet, although ... END_OF_DOCUMENT_TOKEN_TO_BE_REPLACED
Author:
Ulrich von Schwerin
Date:
Mail:
Send via mail

END_OF_DOCUMENT_TOKEN_TO_BE_REPLACED
Social media
and networks
Subscribe to our
newsletter