Back in the seventies, when the first experiments bringing Western and Eastern music together in jazz were taking place, musicians trusted in the power of the sounds themselves. Since 9/11, such experiments have taken their orientation from religious, literary and philosophical texts, as Alessandro Topa found out when he listened to three new releases on the ECM label

​​ Manfred Eicher, who founded the well-known Munich jazz label ECM, would have enjoyed listening to his company's records being played in the Entr'acte Café in Tehran. Music enthusiasts made Wednesdays into a jour fixe on which they could hear ECM albums by Arvo Pärt, Jan Garbarek or the Tunisian oud player Anouar Brahem. The café was lovingly fitted out by the actor Leila Hatami on the second floor of a cinema in Jomhuri Street.

In 1996, ECM was one of the first labels featuring Western music to be imported via a chain of book-shops called shahr-e ketab. But ECM's reputation is not just based on history; it's also programmatic and cultural: it's not just that the melancholy sound of ECM matches the favourite mood of many Persians, ECM has also created an audience for oriental music in its widest sense, from as far away as India.

The "Orient" conquers the musical West 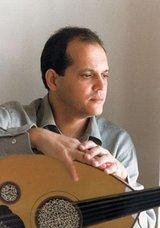 ​​ In the seventies, the American sitar and tabla performer and student of Ravi Shankar, Colin Walcott, along with musicians like Jack DeJohnette and John Abercrombie, joined the energy of jazz with the forms of raga. In the early eighties, until his tragic death in 1984, he established a dialogue with Don Cherry and the Brazilian percussionist Nana Vascancelos from which emerged dazzling world music – even before the term had been invented. ECM recently republished the three-album "Cordona Trilogy" by this remarkable trio.

In the nineties the Tunisian oud player, Anouar Brahem, recorded a series of inspired albums. Discs like "Thimar" made the new internationalisation of jazz evident: it was no longer pioneers like Walcott or John McLaughlin who were integrating "the Orient" into their music, it was now "Orientals" who were confidently bringing their own musical culture into jazz.

A new legitimacy for world music?

Now, ECM presents a new generation of crossover artists between orient and occident on three new albums. The common feature of these very different concepts of east-west encounter is the primary role played by the female voice, as well as a clear distancing from experimental hippie aesthetics. Neither the urbane jazz of Cymonilogy, nor the oriental jazz of Marc Sinan and Julia Hülsmann – and certainly not the speculative musical archaeology of the Norwegian composer Jon Balke and the Moroccan Amina Alaoui – have time for extensive improvisation.

​​ It's no longer a matter of documenting how musicians are explored, enthused over and achieve new recognition, as it was in the seventies; it's rather a matter of articulating a humanist consensus in a multicultural society in the context of monotheism. That's what makes this music different from the utopian constructivism of the imaginary folklore of the last decade.

It used to be the power of the sounds on which musicians relied, now, since 9/11, they try to find orientation in religious, literary and philosophical texts. Perhaps they also provide a kind of legitimacy.

The great narratives of the Islamic imagination

"Fasil" is a work by the German-Turkish-Armenian guitarist Marc Sinan, the pianist Julia Hülsmann and the librettist Marc Schiffer. The album brings us closer to the development of Mohammed's youngest wife, Ayshe, "from being an innocent beauty, via her role as the closest confidante of the Prophet, to her position as political leader, military commander and wise 'Mother of the Faithful'."

​​ From the perspective of musical aesthetics, the main issue is not whether one finds this programme of heroine-building inspiring – it isn't, although the Christian world still has plenty to learn from an immersion into the great narratives of the Islamic imagination – the real issue is what it sounds like.

As long as there's no singing, what you hear is airy jazz with lots of minor key elements, elegantly played by the Hülsmann trio and enriched with splashes of classical and modern music by the Spanish guitar of Marc Sinan and the viola of Lena Thies. But as soon as Yelena Kuljic starts to sing, the music begins to lose its balance. That is not to say that Kuljic isn't a strong singer who doesn't have her intonation and timbre under control. It's because the sense and the sound of the English texts often drift off into the kitsch of a sacro-pop musical.

That's a shame, since "Fasil" has ambitious songs, original instrumentation, an inspiring flow and, finally, leaves us with a question: wouldn't it have been better, in content and micromelodic terms, to have stuck with Arabic as the medium for presenting Ayshe, especially since passages from the Koran and the Hadith are included in the text?

The redundancy of pop music and the sounds of silence

​​ The Berliners who make up the new German jazz group Cyminology answer that question by singing in Farsi. On "As Ney" the quartet, led by the singer Cymin Samawatie links Persian poetry and European art song in a dense network of well-thought-out jazz, which exhibits the courage to allow silence. While Sinan and Hülsmann exploit the redundancy of pop music cleverly and effectively, Cyminology favours a classical sense of form which succeeds in creating surprising and illuminating structures.

Samawatie makes no secret of the fact that, as an Iranian woman born in Germany, Persian is not really her mother tongue, which is why Persians sometimes raise their eyebrows at her pronunciation. But she performs the texts, some of which she writes herself, with a complete identification with the sound and rhythm of a literary language which grew up in Samarkand before the turn of the first millennium and in which Chayam, Rumi and Hafez were soon to weave their mystic metaphors.

Even though Samawatie sometimes has problems with intonation, the works in her third album come together into a moving dramaturgy of the variety of human mood, raising questions which point beyond itself.

Led by an unfamiliar spirit

And that brings us to metaphysics, and to Al-Andalus, towards which we may follow the west-eastern dialogue as it rises towards mystical union. It's an extraordinary experience when, at the end of her album "Siwan", Amina Alaoui sings a setting of "Toda ciencia transcendiendo", a sixteenth-century contemplative poem by the Christian mystic and founder of the order of bare-footed Carmelites, Juan de la Cruz.

​​We've heard poetry in Arabic, Castilian and Portuguese from seven centuries. We've sat in a dome of sound, as the glaring light of the Scandinavian early music ensemble Barokksolistene shines through the hole in the roof. The music is given its rhythm by a maelstrom of sound provided by the Iranian and Scandinavian percussionists, and it is iridescent with the interventions of the extraordinary Algerian violinist Eddine M'Kachiche and the American trumpeter Jon Hassell.

The music offers the opportunity to imagine how Christian spirituality could be enriched in a culture influenced by Muslim science, religion and art. Above all, Amina Alaoui's voice and style – especially when she sings in Arabic in arioso style – gives one the feeling that one is being touched by an unfamiliar sensibility and being led by an unfamiliar spirit. This is fine music – music can scarcely do any more than this does: take us out of our own skin.

We find ourselves under the sign of religious tolerance as a condition of this ascent. And in a certain way, the multi-cultural project "Siwan" – this new West-Eastern Divan with its stupendous transparent sonority – is active proof of the fact that this ascent can succeed, just as Goethe described it: "Who knows himself and others/ will also know this:/ Orient and Occident/ can no more be divided."

Unfortunately, the people of Tehran will not be able to listen to these new CDs in the Entr'acte Café. That's not because of the current political situation, but because the cinema and the café were burnt down in November 2008 by the Iranian Hezbollah.

Portrait Dhafer Youssef
From Koran School to the First League in European Jazz
Since the release of Electric Sufi in 2002, Dhafer Youssef has been regarded as one of the most innovative and versatile jazz and world musicians. His singing goes back to Islamic traditions, but he has turned his back on his native Tunisia. Ralf Dombrowski reports

END_OF_DOCUMENT_TOKEN_TO_BE_REPLACED
Social media
and networks
Subscribe to our
newsletter