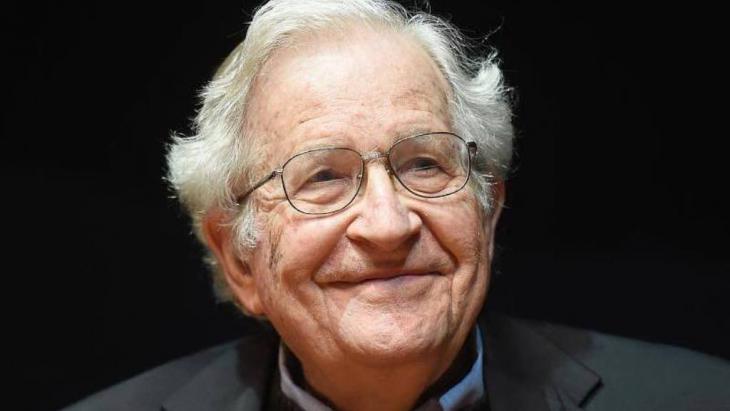 Former MIT professor and philosopher Noam Chomsky is widely regarded as one of the world's leading intellectuals. Undoubtedly, Chomsky's word has weight. Emran Feroz interviewed him on Barack Obama's political legacy in the Middle East, the deal with Iran and the refugee crisis

Barack Obama's presidency is coming to an end. With reference to the political situation in the Middle East, what remains of his historical speech in Cairo and what of his Middle East policy in general?

Noam Chomsky: At the time I felt that the speech was pretty vacuous. I didn't expect anything from it, so I wasn't disappointed. One positive aspect of his policy is that there have been no major acts of aggression like the vicious invasion of Iraq, which in my opinion was the worst crime this century. And I suppose you could describe the negotiation of the agreement with Iran as positive too. But it could have been done much earlier. Still, better an agreement with Iran than no agreement.

Obama's major legacy in the Middle East is the US drone campaign, which is ushering in a new era of international terrorism. I predict that its impact will be wide reaching. Drone technology will not only expand, it will also become a useful tool for all kinds of different terrorist groups in the near future. In the case of the Arab Spring, Obama – and his allies – supported the established dictators as long as it was possible. Moreover, they also tried to shore up the old systems even after the revolutions had started.

We are still witnessing these brutal dictatorships, in Egypt particularly, but also in Syria. Has the Arab Spring been a total failure?

Chomsky: That's hard to say. Some progress has been made, but there is still much to be done. There have been significant changes which could have formed the basis for something. In Egypt, for example, the labour movement, which is an important and leading part of the Arab Spring, did make some substantial gains. I don't think the Sisi dictatorship is capable of dealing with Egypt's mammoth problems. I suspect this is just another stage of many as the country edges towards democratisation and freedom. Syria is a different story. The country appears bent on self-destruction. Anything that might be done to mitigate the situation simply leads to another disaster.

To what extent is the US administration responsible for Syria's implosion? 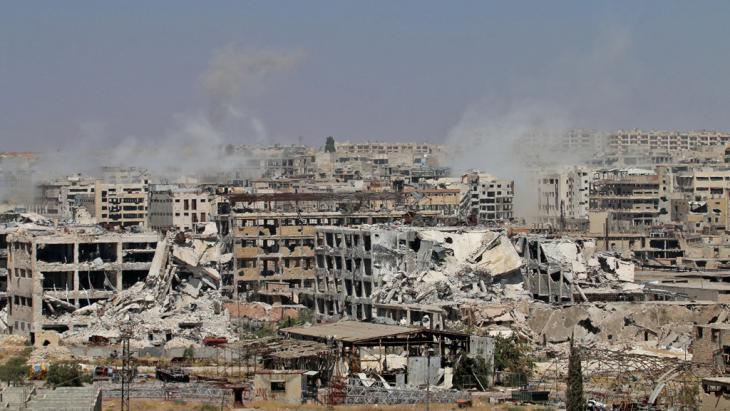 Driven into the ground: "Syria is a different story. The country appears bent on self-destruction. Anything that might be done to mitigate the situation simply leads to another disaster,” says Chomsky

Chomsky: It's hard to say. The Assad regime is absolutely monstrous and responsible for a large majority of the atrocities. IS is another monstrosity. The al-Qaida affiliated al-Nusra Front is not much better than IS, while some of the other major groups are closely linked to it. The Kurdish groups have succeeded in defending their own territory and establishing a more or less decent system within. And then there are various other groups – local militias and parts of the original reform movement and some other more democratic elements.

To what extent they still exert any influence is debatable. The veteran Middle East correspondent Robert Fisk claims they no longer exist. Others say they are a substantial force. It's a patchwork of many different groups. At the moment, there are some small signs of progress that might possibly lead to a ceasefire or some kind of negotiated agreement. We can be sure that this will be pretty ugly. But it's still better than suicide.

You already mentioned the deal with Iran. Many people say it's one of the biggest successes of the Obama administration, while others say it will lead to the nuclearisation of the Arab Sunni states. Why do you think it is a success?

Chomsky: I think the deal was a success, but I also think there is a problem with how the issue has been presented. It would have been a major step had those involved accepted Iranian, Arab and, in fact, global opinion and moved towards establishing a nuclear-weapons-free-zone in the region. Indeed that is what Obama promised. The deal is a small step in the right direction. We – and that includes the US intelligence agencies - don't know whether Iran was planning to develop nuclear weapons. I think we can be fairly confident that it was planning to develop nuclear capability. On the other hand, any nation with nuclear power or technology can be said to possess this capability. Considering, however, the restrictive conditions in which it was reached, the agreement was a step forward.

On the subject of success, to what extent can we say there's been any in Israel and Palestine?

Chomsky: We've seen zero success there. If we put aside words and look at actions, the Obama administration has been the most supportive administration of Israeli expansion so far. While the rest of the world condemns the illegal settlements, the US is still supporting the Israeli government in this point. There is still military, diplomatic, economic and even ideological support for continuing the settlement programme. Obama's most remarkable move, one of the few that actually received some public attention, was his veto of the UN security council resolution in February 2011 which literally endorsed official US policy. The resolution called for limiting settlement expansion while the Obama veto claimed it was a drawback to peace. In fact, we're currently seeing negotiations with Netanyahu over increasing extensive US aid, which basically feeds settlement expansion. Gaza has just been subjected to brutal and savage attacks by Israel with US support.

We're seeing a rise in nationalism and right-wing extremism in Europe at the moment. First and foremost the hatred is being directed at the refugees fleeing the chaos in the Middle East. With the rise of Donald Trump, a similar picture seems to be developing in the United States. Do you think that the fear-mongers are winning?

Chomsky: It's very interesting to look at the so-called refugee crisis. In Austria, for example, a neo-Nazi is on the verge of political victory. Austria has taken in a very small number of refugees. One of the most forthcoming countries in Europe, I suppose, is Sweden, which has taken in some 160,000 refugees. Sweden is a rich country with a population of 10 million, so now refugees make up about 1.5 per cent of the population. But this is still a very small number compared to a poor country like Lebanon, which has no role in generating refugees. But refugees currently make up 40 percent of its population; 25 percent of those are Syrians. Jordan has also taken in a huge number of refugees, while most European countries have apparently absorbed very few.

But where are the refugees coming from? Most of them come from the Middle East, but some are also coming from Africa. Europe has a long history in Africa. For centuries, Africa suffered devastation and destruction, which is still one of the reasons why people are fleeing from Africa to Europe. In the Middle East, there are many causes for the crisis, but one major and overwhelming cause is the American and British invasion of Iraq, which virtually destroyed the country. Iraqis are still fleeing, at the moment mostly from a sectarian conflict that barely existed before the invasion. Look more closely and it is clear that there are countries that have generated refugees throughout their history – and they include the US, Britain and a number of European countries.

Noam Chomsky (87) is Emeritus Professor of Linguistics at the Massachusetts Institute of Technology (MIT). For the last fifty years he has been an outspoken critic of US politics.

Algeria‘s regime is again cracking down on anti-fracking activists and the unemployed in the country‘s south. Yet EU countries remain keen to scale up their energy cooperation ... END_OF_DOCUMENT_TOKEN_TO_BE_REPLACED

The murder of a female student at Mansoura University in the Nile Delta has sparked a long overdue debate on femicide in Egypt. Karim El-Gawhary reports from Cairo END_OF_DOCUMENT_TOKEN_TO_BE_REPLACED

Syria, Egypt, Saudi Arabia and the UAE are among those countries increasingly misusing cybercrime legislation to silence dissent and curb freedom of speech. Could a new global ... END_OF_DOCUMENT_TOKEN_TO_BE_REPLACED

Egypt hopes to jump-start the action needed to face a warming world when it takes the presidency of major UN climate talks in November, but warns that countries need a "reality ... END_OF_DOCUMENT_TOKEN_TO_BE_REPLACED

A ceasefire has been in effect in Libya for the past year and a half. Yet after Russia's attack on Ukraine, another proxy war looms in Africa's most oil-rich country. Mirco ... END_OF_DOCUMENT_TOKEN_TO_BE_REPLACED

It is the biggest order in the history of the Siemens Group: a 2,000-kilometre railway network for high-speed trains is to be built in Egypt. But the project raises numerous ... END_OF_DOCUMENT_TOKEN_TO_BE_REPLACED

Comments for this article: Obama's sangfroid

The truth about US policies in the Middle East

I must applaud Chomsky's acumen (and courage) in describing the legacy of US policies in the Middle East. He says what no American news source dares to say about our irrational and unethical support of Israel, and our responsibility for the rise of Islamic extremism. I can only assume that it is the extreme ignorance of most Americans about our role in world affairs that they actively or passively support these policies.

END_OF_DOCUMENT_TOKEN_TO_BE_REPLACED
Social media
and networks
Subscribe to our
newsletter