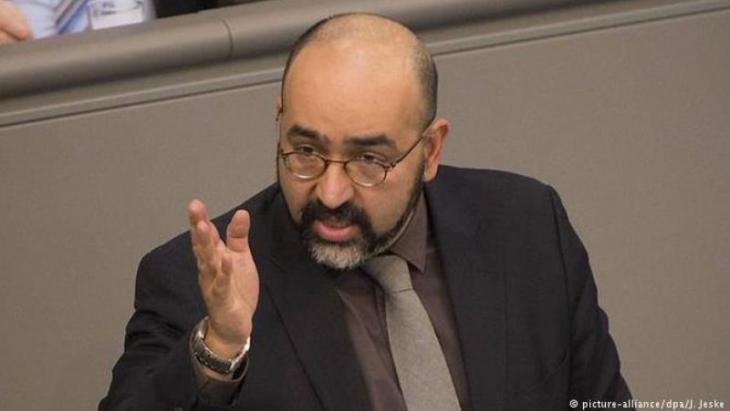 Non-fiction: Omid Nouripour's "What to Do about Jihadists?"

What attracts young people to IS? What can politicians do beyond calling for ever "tougher measures"? In "What to Do about Jihadists? A Policy Approach to the War on Terror", Omid Nouripour delivers an in-depth analysis of the current terrorist threat – and various potential solutions. Claudia Kramatschek read the book

At the latest with the attack on the Berlin Christmas market in 2016 it became clear to even the most trusting of citizens that Germany has long since become a target for Islamist terrorists. The Green Party politician and Middle East expert Omid Nouripour has therefore taken the charged situation surrounding that assault as the point of departure for his book "What to Do about Jihadists?", in which he looks at the problem from many different perspectives, but above all offers some concrete ideas for solutions.

The author sees jihadism itself, which he deliberately distinguishes at the very beginning as a deadly ideology that has little to do with jihad as a religious principle of the Islamic faith, above all as an idea – an idea that is without doubt "barbaric and violent". The central question for Nouripour is: how is it possible to defeat an idea that is so dangerous and yet evidently so attractive to people around the globe? His answer: by first trying to understand what makes this idea so appealing – and then replacing it with "better ideas".

A brief history of jihadism

The first part of the book is therefore dedicated to a historical summary of jihadism. The key date Nouripour chooses is the moment in the year 1998 when the then head of al-Qaida, Osama bin Laden, published a fatwa declaring all Americans and their allies to be infidels and thus fair game. The arena was now open for the clash of civilisations – but that is exactly the notion the book sets out to reject (thus inadvertently sounding in some passages equally combative). 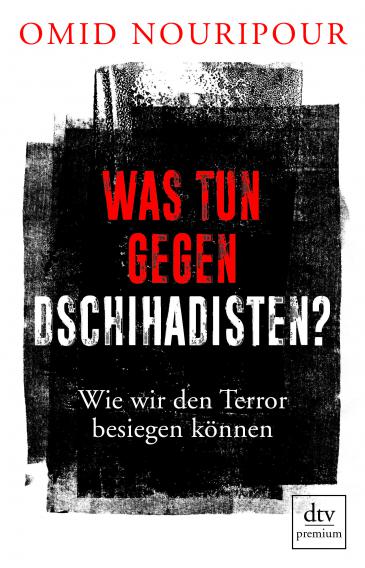 Boosting the appeal of democracy: everyone must pull together here: the state, the schools, the family, but also – as Nouripour stresses with reference to the pioneering work being done in this area by Ahmed Mansour – Muslims and Islamic associations

Because, as Nouripour makes amply clear, it was not 9/11 that "changed the world for the worse", but rather the "war on terror" that the USA declared in response. That war is symptomatic of the force with which terrorism of all stripes can influence a society and affect its ability to be open to others.

The 2003 Iraq War: creating a monster

The mistakes made by the U.S. administration at the time are well-known. The most blatant and gravest of them all was the attack on Iraq in 2003, because this – as Nouripour never tires of reminding us – was the hour of birth of the monster that is now beating a trail of hate and violence through the world under the bloody brand name of IS.

Nouripour recapitulates the major stations in the meteoric rise of the terrorist organisation, aided and abetted not only by George Bush, but also by Nouri al-Maliki.

At the same time, he points out that jihadists are only successful because they fill the social and political vacuums left behind by national instability, domestic policy conflicts and other failures of government.

They thus become indispensable and their indispensability enhances their attractiveness. In the end, Nouripour emphasises, local conflicts become global conflicts.

Nouripour sheds light on what this means for the specific situation on the ground by providing some glimpses of what is going on in individual countries, under the catchword "glocal jihadism". This is a chapter that may leave the reader reeling, because it gives the impression that hotspots are smouldering everywhere – from North Africa to the Sub-Sahara, from Iraq deep into the Middle East and in the Near Eastern world as well – waiting only for a spark to set off full-scale wars with international repercussions, as happened for example in Syria.

In this chapter, Nouripour is sharply critical of the German government, which supplies weapons to many of the above-named countries and regions and still maintains "strategic partnerships" with governments that export the very brand of religious extremism that the West purports to be fighting.

At the political level, a good place to start combatting jihadism, according to Nouripour, would be to demonstrate the same integrity in both domestic and foreign policy that we expect from other countries. In terms of domestic policy, this would mean taking seriously the problems of "exclusion and marginalisation", says Nouripour.

We are still lacking a sustainable integration policy; we still have not come up with any methods for either preventing radicalisation or for de-radicalisation after the fact, which would help to make "democracy" as a model not only "sexy" but also more appealing than the jihadist model. Everyone must pull together here: the state, the schools, the family, but also – as Nouripour stresses with reference to the pioneering work being done in this area by Ahmed Mansour – Muslims and Islamic associations.

For foreign policy, this approach would entail "no longer relying on creating the illusion of stability" – and helping governments or opposition groups on the ground to stem all those factors that open the door to jihadism: corruption; unemployment; a foreign policy focusing on migration alone; and climate change, which sets off wars over land and water and leads to hunger and migration.

Every day, every response counts

The list is long. The important thing is – and this is something the author repeatedly emphasises – there is no master plan! That is what makes the fight against terrorism so difficult. And why it must not be lost. Because, writes Omid Nouripour, who throughout the book does not conceal his personal consternation, every response counts: "Every day."

The recent escalation of violence in Idlib is also a result of the increasing tensions between Turkey and Russia. The victims are those in Idlib, caught up in a hopeless situation ... END_OF_DOCUMENT_TOKEN_TO_BE_REPLACED

The 2015 Joint Comprehensive Plan of Action with Iran is in jeopardy. European governments should use the JCPOA’s dispute-resolution mechanism both to pursue immediate measures to ... END_OF_DOCUMENT_TOKEN_TO_BE_REPLACED

Many predominantly Muslim countries have penal laws against "blasphemy", "defamation of religion" and "apostasy". In practice they serve as highly effective weapons to settle ... END_OF_DOCUMENT_TOKEN_TO_BE_REPLACED

These days you might be forgiven for wondering whether international relations would be better served by artists than politicians. Iranian Kayhan Kalhor, a bridge builder from the ... END_OF_DOCUMENT_TOKEN_TO_BE_REPLACED

As we digest the details of Donald Trump's Vision for Peace, we need to ask ourselves just one question: does this draft guarantee an Israeli and a Palestinian baby born today ... END_OF_DOCUMENT_TOKEN_TO_BE_REPLACED

As expected the Trump administration released its Israeli-Palestinian peace blueprint on Tuesday, a plan that ignores the Palestinians at the expense of lasting peace. Middle East ... END_OF_DOCUMENT_TOKEN_TO_BE_REPLACED
Author:
Claudia Kramatschek
Date:
Mail:
Send via mail

END_OF_DOCUMENT_TOKEN_TO_BE_REPLACED
Social media
and networks
Subscribe to our
newsletter