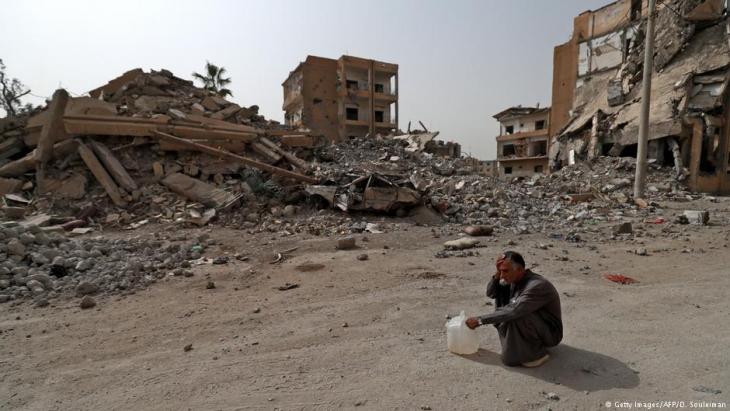 Non-fiction: Rania Abouzeidʹs "No turning back"

The humans behind the headlines

A brutal war has been raging in Syria for almost eight years now, yet the international community seems to be losing interest. In a moving first-hand account, journalist Rania Abouzeid vividly portrays the people affected by the war. Dagmar Wolf read the book

The only place Syria still exists as a coherent state is in peopleʹs memories and various history books. Award-winning journalist Abouzeid, who lives in Beirut, argues that it has been replaced by a number of different Syrias. In an attempt to understand the Syrian tragedy, her book "No turning back" spells out the views of many different people.

It all started in 2011 with peaceful protests, when some youngsters wrote graffiti on walls, but it increasingly escalated into war and ultimately dissolved an entire nation. As the author reports, the UN stopped counting victims in 2013 because reliable information proved impossible to obtain. Experts now estimate that half a million have died – and that half of Syria’s 23 million people have been displaced from their homes. 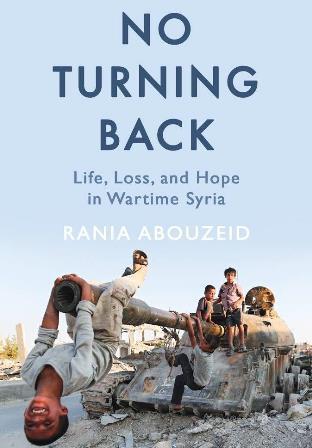 Rania Abouzeid’s impressive book is likely to raise fresh awareness of the Syrian drama. Those who read "No turning back" will find their perception of the news altered – to see the humans behind the headlines

Abouzeid regrets that the West has lost interest in one of our age’s worst humanitarian and geopolitical disasters. The images are too horrific, the scenario too complex and an end is not in sight.

At the same time, the war has had a huge impact on Syria’s neighbours, and even on the EU – with the arrival of millions of refugees.

For the last five years, Abouzeid has travelled repeatedly to Syria. She visited the front lines, but she also went to Turkey, Washington and various places in Europe. In her many conversations with Syrian people, she wanted to find out why the situation has gone on getting worse.

Rather than being another sanitised account told from a safe distance, her book consists of moving stories and vivid portraits from within Syria.

Abouzeid tells the story of Suleiman, who was a prosperous business man with family ties to autocratic President Bashar al-Assad. He saw no reason to protest and knew the rules of the game. But the courage of the activists and the prospect of a lasting political settlement fascinated him.

He began to film the protests and post videos online. Assad’s security forces became aware of him and he underwent the ordeal of prison and torture.

A life turned upside down

Another important person Abouzeid writes about is Mohammad, who already opposed the regime before the Arab Spring started and who basically identifies with radical Islam.

He spent years in Syrian prisons, which have a reputation of torture, and became increasingly radical. Abouzeid neither spares readers the atrocities he witnessed nor the brutal violence he later perpetrated as a commander with the Nusra militia.

All of the book’s episodes have one thing in common: they show how people’s lives were turned upside down at some point during the war.

In contrast to conventional war reporting, Abouzeid does not tell us what she saw and witnessed herself. Instead, she lets people tell their stories.

Like pieces of a jigsaw puzzle, the episodes add up to one big picture that illustrates the tragedy of Syria’s war. The book spells out that there can be no victors in this war. No matter on which side people stand, they all lose.

Focus on the human aspect

It also shows how diverse political forces incrementally usurped an initially peaceful protest movement. Nonetheless, it becomes clear that none of the country’s main political players are in control anymore.

Abouzeid’s impressive book is likely to raise fresh awareness of the Syrian drama. Those who read "No turning back" will find their perception of the news altered – to see the humans behind the headlines.

The news emerging from Syria remains alarming; the human rights situation depressing. The big question is whether peace will get a chance in some kind of reunited Syria. According to a recent report issued by Germany’s Foreign Office, the police, security forces and secret service in Syria are systematically torturing members of the opposition and those merely suspected of supporting it. Nor does the regime shy away from torturing women and even children.

In Islamic mysticism, Ramadan is more than just a period of prescribed abstinence, signifying an opportunity for inner contemplation. Marian Brehmer explores the spiritual ... END_OF_DOCUMENT_TOKEN_TO_BE_REPLACED

Syria's president appears to have triumphed. He remains in power, the Syrian conflict is nearly over, and efforts are underway in the Arab world to normalise relations with his ... END_OF_DOCUMENT_TOKEN_TO_BE_REPLACED

The neo-Ottomanism propagated by Erdogan has long been more than rhetoric and symbolic politics. This can be seen from recent developments in parts of northern Syria, where Turkey ... END_OF_DOCUMENT_TOKEN_TO_BE_REPLACED

Surging coronavirus cases in many parts of the world have overshadowed the start of this year's Muslim holy month of Ramadan, with festivities once again curtailed by contagion ... END_OF_DOCUMENT_TOKEN_TO_BE_REPLACED

Researchers agree that climate change alone cannot be blamed for the outbreak of war in Syria in 2011. However, neither can it be ignored as a reason this once blossoming country ... END_OF_DOCUMENT_TOKEN_TO_BE_REPLACED

Syrian-born Rafik Schami is a gifted storyteller and one of the most successful authors writing in German today. In his 50 years in exile in Germany, he has introduced the Arab ... END_OF_DOCUMENT_TOKEN_TO_BE_REPLACED

Comments for this article: The humans behind the headlines

"International Community"? Abused and overused, this is a non-existent entity. Those who use it remind me of those who don't believe in God and keep asking: where was your God when the Holocaust happened? Where was your God in the Rwanda genocide, in the sanctions on Iraq, on Assad's killing machine, in the "genocide" against the Rohingya, in the Congo (where 5 million people killed over 20 years)... Where is your God/I.C.? You need to create an "international community", but you cannot create it from the existing world order and power relations. All you can do now is to use some organisations and agencies to help ease the pain and try to heal some wounds, and at the same time ready yourself for future wars, genocides, climate change disasters, etc.

END_OF_DOCUMENT_TOKEN_TO_BE_REPLACED
Social media
and networks
Subscribe to our
newsletter