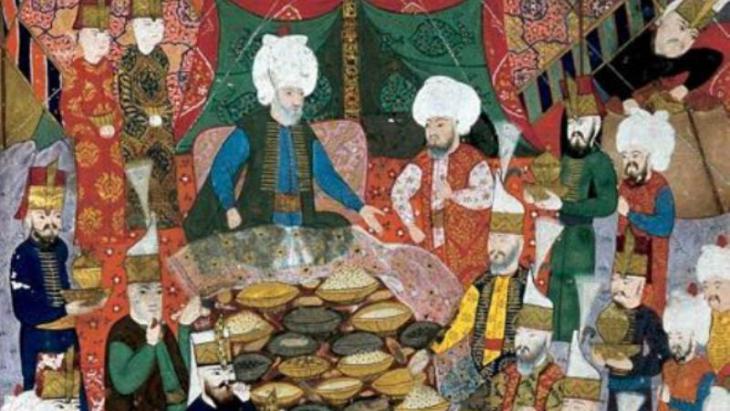 This latest in historical culinary literature is guaranteed to appeal to avid collectors and adventurous chefs alike. As Marcia Lynx Qualey discovered, ″Scents & Flavors: A Syrian Cookbook″, presented side by side in English and Arabic, has much to tempt and inspire even relatively inexperienced 21st century cooks

Cookbooks are a literary late-bloomer, Charles Perry writes, in his introduction to the thirteenth-century recipe collection ″Scents and Flavors″. Researchers have turned up three Babylonian clay tablets that served as something similar to modern cookbooks. Scholars have also found a lone Roman cookbook, compiled in the second century. After that, Perry writes, there is ″nothing more for the next 800 years.″

″Then there was a sudden explosion of cookbooks in Arabic,″ Perry writes. ″From the tenth through the thirteenth centuries, Arabic speakers were, so far as we know, the only people in the world writing cookbooks.″

Perry, an accomplished culinary historian and chef, has edited and translated the most popular of these manuscripts, ″Scents and Flavors″. The recipes within were compiled in Syria during what Perry calls the ′golden age′ of Arabic cookery books. Now, more than seven centuries later, we can find them in a bilingual, facing-page edition from the Library of Arabic Literature project.

″Scents and Flavors″ doesn′t look like a contemporary cookbook: there are no glossy photos, no oven-temperature markings and often no precise measurements. The liquid measurements are given not in cups or ounces, but in kilograms. For instance, ″1/6 kilogram of water″ must be added to ″the Judge′s Morsel,″ a tongue-titillating treat fried in sesame oil and dusted with spiced sugar, sure to put any judge in a sweeter frame of mind. 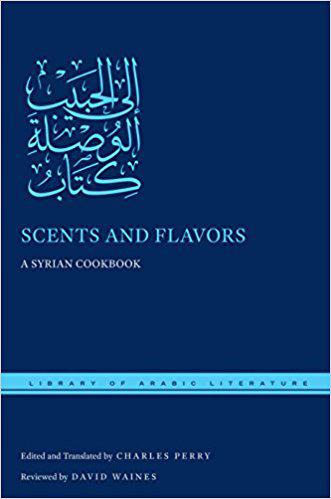 Charles Perry is an American food historian. He has translated several medieval cookbooks from Arabic to English and published widely on the history of food, particularly of the Middle East. Other publications include ″A Baghdad Cookery Book Newly Translated″ and ″Middle Eastern Food History″ in Food in Time and Place: The American Historical Association Companion to Food History

Scents as well as flavours

The cookbook also includes many items the contemporary reader might not consider fitting for a recipe collection. Yet the inclusion of perfumes, incenses, deodorants, and washing-powders was part of the cookbook′s initial appeal, Perry says. And it certainly had best-selling clout, as ″more copies of it have survived than of all the other medieval cookbooks combined.″

The dishes themselves are also highly aromatic, smelling not only of ″herbs, nuts, and spices,″ Perry writes, ″but sometimes also ingredients we would consider to be perfumes, such as rose water, musk or ambergris, occasionally even incense.″ This is not unheard of in contemporary Syrian cuisine, he adds, noting a dish still flavoured with the smoke of sandalwood incense.

There are a number of ingredients – ambergris among them – the contemporary cook will find it difficult to obtain. After all, this substance, produced in the digestive system of sperm whales, is no longer legal in the US and Australia. EU residents can still trade in it, but a few ounces will cost you more than $150.

Yet many of the recipes are doable as written, even for a relatively incompetent twenty-first century cook.

For those of us needing extra help, Perry has done a few instructional videos. In one, he suggests that the early ″draft″ of baklava called kul wa-shkur, or ′eat and give thanks′, deserves to make a comeback. ″Not only is it much easier to make than filo,″ he says, ″it has a charming texture of its own, crisp and at the same time a little crumbly.″

The desserts in ″Scents and Flavors″ are, for the most part, special occasion affairs. One, a sweet called akhmimiyyah, seems poised to compete with our contemporary Christmas fruitcake. The anonymous cookbook author tells us that this delicious-sounding sweet will ″last a year without deteriorating. The longer it sits, the better it tastes.″

Who wrote the book?

Scholars are relatively certain ″Scents and Flavors″ was compiled in Syria at the middle of the thirteenth century. Because it was hand-copied and passed down from generation to generation, there are a number of variations. These birthed two textual traditions: a ″Manuscript A″ group of recipes, and a ″Manuscript B″ group. Perry further surmises the scribes were not so much copying a manuscript as writing down the recipes being read aloud to them.

Most of the surviving manuscripts show evidence of generations of copying, he writes. From this and other evidence, Perry hypothesises that ″cookbooks formed a regular part of a commercial scribe′s business.″

Yet the many manuscripts, if anything, muddy the question of who wrote this bestselling cookbook. One manuscript fragment ascribes the work to an Ibn al-′Adim, the name of a well-known Aleppo historian. Another manuscript, which was held in Mosul, ascribes the manuscript to a certain al-Jazzar. A later excerpt of the recipes ascribes it to ″the illustrious chief sheikh of Hama″. Yet another manuscript attributes it to a Mamluk sultan. Perry says this is not likely, although it is ″not out of the question, though, that a sultan would compile a recipe collection.″ Most manuscripts, Perry writes, don′t name an author at all.

Whoever the author, it is clear that thirteenth-century gourmet cookery was not the province of low-status workers or of women. According to Perry, the idea of the recipe collection was likely adapted from the pre-Islamic Persian court. Other practices were borrowed as well, ″such as cooking contests among the ruler′s boon companions.″

Certainly, the author was familiar with the dishes of Ayyubid nobles, judges and royalty. Yet these manuscripts were intended for practical household use and, Perry tells us, cheaply copied. Perhaps part of the joy of reading them was finding out what ″kings and caliphs and lords and leaders″ ate.

Indeed, part of the joy of cooking from this new bilingual edition of ″Scents and Flavors″ is eating a dish that might have been savoured at a sweet-smelling banquet of thirteenth-century nobles, or fourteenth-century scribes, or fifteenth-century merchants.

Perry′s book isn′t without a nod to Syria′s more recent history. He writes, in his acknowledgements, about his gratitude to a scholar in Waqfiyyah Library in 1980, who ″glowed with delight as he discussed the manuscript treasures of his little room, oblivious to the fact that Aleppo was under martial law and encircled by tanks.″

Hopefully, this cookbook can be made part of many library collections around the world, accessible to many Syrian chefs and food-lovers, wherever they may be.

Germany’s electorate includes some 7.4 million citizens with international roots, while many more millions of residents from abroad aren’t allowed to vote. Both groups are often ... END_OF_DOCUMENT_TOKEN_TO_BE_REPLACED

International relations are shifting across the Middle East as regional powers adapt to America's retrenchment and China's growing influence. Although the region could become the ... END_OF_DOCUMENT_TOKEN_TO_BE_REPLACED

"The people aren’t ready for democracy" has been the constitutional basis for Arab tyranny, its favourite slogan and its sacred narrative for more than a century. Yet, asks Khaled ... END_OF_DOCUMENT_TOKEN_TO_BE_REPLACED

Two decades after the attacks of 11 September 2001, the West faces the shattered debris of its failure – not only in Afghanistan, but also in Iraq, Syria, Libya and Yemen. What ... END_OF_DOCUMENT_TOKEN_TO_BE_REPLACED

They have lost everything; they are deeply traumatised – and yet they refuse to give up hope. In “The Beekeeper of Aleppo“, bestselling author Christy Lefteri focuses on the ... END_OF_DOCUMENT_TOKEN_TO_BE_REPLACED

The disappearance of Razan Zeitouneh and her colleagues has been one of the greatest mysteries of the Syrian war – until today. DW's investigative unit hunted clues across six ... END_OF_DOCUMENT_TOKEN_TO_BE_REPLACED
Author:
Marcia Lynx Qualey
Date:
Mail:
Send via mail

END_OF_DOCUMENT_TOKEN_TO_BE_REPLACED
Social media
and networks
Subscribe to our
newsletter