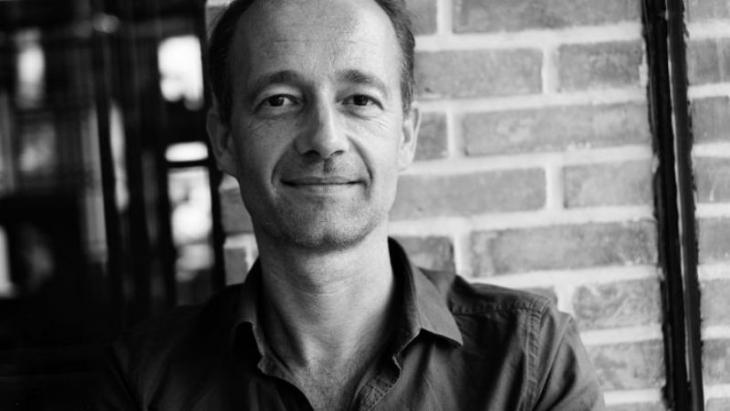 With this major work, Stefan Weidner presents an impressive historical and philosophical canvas depicting the battle for the West. His aim is to help us bid farewell to the West as we know it and attentively curate its legacy. By Reginald Grunenberg

It has been a long time since any thinker in Germany has demonstrated such inventiveness, such boundless erudition and such will to shape the public discourse in one weighty work. Jenseits des Westens (literally 'Beyond the West') is both a profoundly original and highly ambitious book. In it, Stefan Weidner cites over 230 authors. For the opening section, which focuses on the definition of the West, Weidner conducts in-depth imagined interviews, mainly with such self-exalted thinkers as Kojeve, Spengler, Huntington and Fukuyama.

In part, these fictitious interviews with some of the prominent thinkers of the recent past have little to do with historical and political realities and more to do with the fantasies, abstruse ideas and prejudices of this Western workshop of ideologies. To a certain extent, Weidner allows his authors to rattle on before showing them up in style.

The twilight of "the West" as a brand

At its core, this is a method borrowed from the sociology of knowledge. It highlights the unsightly twilight of "the West" as a brand and shows how shaky its intellectual foundations are – and, above all, how it is fed by dangerous illusions. It also betrays the dirty little secret they have all been keeping from us, namely that the political brand-name product and mega-seller that is "The West" wasn't even invented by the West; but was attributed to the West by non-Western authors beginning in the late nineteenth century and was only adopted by European authors after the First World War.

At times, when Weidner wants to mark certain thoughts, conclusions and ideas as his own, the reader notices in his language the profound lyrical influence of the Oriental poetry he has been translating for decades. This results in a rare and beautiful clarity in his description of historical, philosophical and theological contexts.

In this way – and also in the rhetorically dramatic manner in which he develops his core theory – Weidner is reminiscent of the great truth pluralist Hans Blumenberg. Blumenberg once sought to protect the Modern Age from being discredited as an illegitimate squatter who had taken up residence in the venerable thought structure of the Christian Middle Ages, in other words as a person who owed her existence entirely to the secularisation of a Christian philosophical substance without ever having created anything of her own. 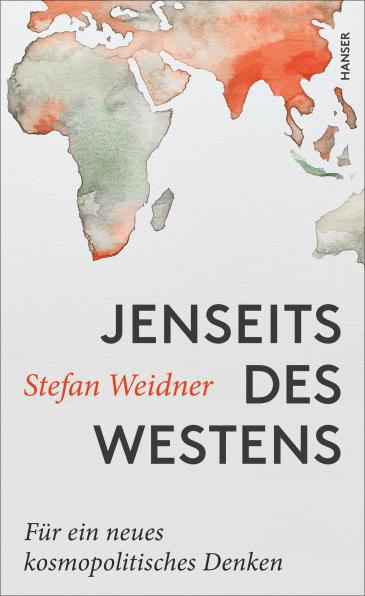 Stefan Weidner's "Jenseits des Westens " is a deeply original and at the same time highly challenging book. More than 230 authors have their say and when it comes to defining the West, he conducts imagined interviews with thinkers such as Kojeve, Spengler, Huntington and Fukuyama

What it means to be alien

In Weidner's book, the contemporary West takes the place of Blumenberg's Middle Ages, and his illegitimate squatter is not the Modern Age, but all those large-scale, cultural narratives beyond the West whose own claims to the truth, which are no less justified, it is now time to acknowledge.

Beginning with a meditation on what it means to be alien in the full extension of its existence – as a foreigner, as a stateless person, but also as a person in this world who hopes to find his home in the hereafter – Weidner is on the same page as Hannah Arendt when he says that a new beyond-Western cosmopolitanism must at the very least achieve one thing: it must grant people a 'right to rights'.

Because this right to rights must be guaranteed at a supranational and, to a certain extent, suprahuman level in order to claim global validity, new cosmopolitanism needs a higher, transcendental authority that has its back. He is talking here about God, or at least the divine sphere, the space for all things transcendental. This is a high-risk and consequently brave decision, particularly as Weidner himself does not adhere to any religion.

Until well into the nineteenth century, the Enlightenment, the Modern Age and Liberalism had, despite their secular characteristics, at the very least a Christian prejudice towards other world religions or demonstrated an exotic-Orientalist interest in them. However, the rise of the West after 1900 occurred in an atmosphere of increasing religious sterility, which was presumably the greatest obstacle to a "more progressive westernisation" of the world. Instead, the world only "defensively westernised" itself and we are now feeling the full and painful force of the difference that makes.

A transcendental authority as reinsurance for the core demand of 'new cosmopolitanism', the right to rights, is, therefore, an exciting idea. However, right up until the last third of the book, it remains an idea that is hard to grasp. Weidner could have borrowed the term "civil religion" from the political scientist Eric Voegelin – whom he quotes a number of times throughout the book – to make his thought process clearer.

The term is used to describe a future where impetus for political action could be sent out from a watch-tower of timeless values. These values do not themselves have to be of religious origin. Take, for example, the American "Pursuit of Happiness".

It is the task of a civil religion to help people to link the traditional tenets of their faith to specific tasks, thereby finding a confirmation of their original faith. A civil religion would, therefore, be a kind of supranational, supracultural and suprareligious umbrella religion; a delicate web of ideas, concepts and practices that does not constrict.

Beyond the Western understanding of politics

But Weidner really steps up a gear in the last third of the book and shows the full potential of his idea. In a true master stroke, he sketches Gandhi's reinterpretation of the ancient Hindu epic Bhagavad Gita, tracing in it the genesis of a new, beyond-Western concept of politics that remains true to transcendence and extramundane asceticism while fuelling the Indian struggle for liberation from British colonialism. This is a perfect example of the development and the subsequent living practice of a new civil religion.

Home
Print
Newsletter
More on this topic
Non-fiction: Pankaj Mishra's "Age of Anger": The embittered majorityRight-wing populism in the USA: Trump′s deplorables"Manual for the clash of civilisations" : Islam challenges our ability to make distinctions
Related Topics
Book reviews, Colonialism, Criticism of capitalism, Dialogue of Religions, Globalisation, Islam and the West, Secularism in the Islamic world
All Topics

Philosopher Juergen Habermas was due to be awarded a major Arab prize in Abu Dhabi, but has turned it down following criticism. This decision torpedoes Arab efforts at a ... END_OF_DOCUMENT_TOKEN_TO_BE_REPLACED

Although a unity government was formed in Libya in March 2021, tensions and possible crises between the political actors are already emerging. What problems does the country face ... END_OF_DOCUMENT_TOKEN_TO_BE_REPLACED

Among Muslims, the image of women as "cossetted hijab-wearing princesses" is frequently invoked. But Muslim women have long wanted to be more. In her essay, Karoline Roscher- ... END_OF_DOCUMENT_TOKEN_TO_BE_REPLACED

Even in times of war and pandemic, refugees are still being deported to Afghanistan. Several deportation flights have taken place in recent weeks alone. Since those affected often ... END_OF_DOCUMENT_TOKEN_TO_BE_REPLACED

Surging coronavirus cases in many parts of the world have overshadowed the start of this year's Muslim holy month of Ramadan, with festivities once again curtailed by contagion ... END_OF_DOCUMENT_TOKEN_TO_BE_REPLACED

German Middle East analyst Guido Steinberg and television journalist Ulrich Tilgner have both published new books on the conflicts in the Middle East. Their analyses and their ... END_OF_DOCUMENT_TOKEN_TO_BE_REPLACED
Author:
Reginald Grünenberg
Date:
Mail:
Send via mail

END_OF_DOCUMENT_TOKEN_TO_BE_REPLACED
Social media
and networks
Subscribe to our
newsletter