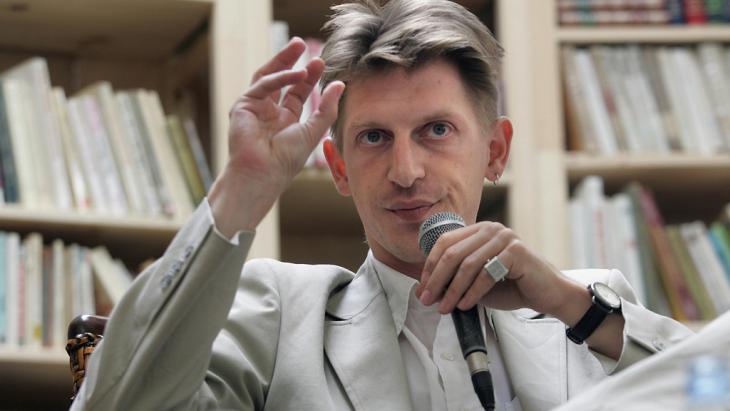 Non-fiction: ″Syrian Notebooks: Inside the Homs Uprising″ by Jonathan Littell
Transcribing the horror

Back in 2012 Jonathan Littell spent two weeks working as a ″Le Monde″ journalist in the Syrian city of Homs, the focus of resistance to Bashar Al-Assad′s regime. His diary from the period is a graphic account, urgently conveyed as events unfold at breakneck speed. Nahrain Al-Mousawi read the book

When the journalist Jonathan Littell is shown yet another video of horrific violence by a Syrian fighter, he writes, ″All these phones are museums of horrors.″ Yet as much as the phones seemed to Littell to contain vast records of the relentless waves of violence that beset Syria, his journals from in his short time in Homs document the violence he witnessed – in front of him, both elderly and children lying on underground clinic floors, injured or dead, having been shot by snipers; the remaining child of an entire massacred family, hysterical and terrorised; the myriad scars and mutilations he witnesses after bombardments.

Moreover, Littell himself is adamant about defining his text as ″a document, not a work of literature.″ He conveys its veracity by referring to it as a ″transcription″, which is highlighted by short, staccato observations, rendered in tense prose.

While the rawness and immediacy of his writing is spurred on by a lens that lurches from one disaster to another, Littell′s justification for putting all his notes together into this chronicle is underlined by his need to serve as witness, ″to give an account of a brief moment, one, furthermore, that occurred almost without any outside witnesses, the last days of the uprising of a part of the city of Homs against the regime of Bashar al-Assad, just before it was crushed in a bloodbath that, as I write these lines, is still going on.″ 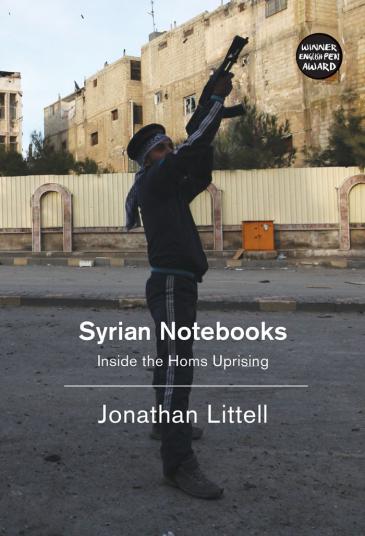 A document, not a work of literature: ″To give an account of a brief moment, one, furthermore, that occurred almost without any outside witnesses, the last days of the uprising of a part of the city of Homs against the regime of Bashar al-Assad, just before it was crushed in a bloodbath," writes Littell

Translated by Charlotte Mandell, this English-language edition includes a new introduction that not only discusses the rise of IS, but clarifies the connection between the group and Assad's strategy of aggravating sectarian tendencies (derived from Russian tactics against Chechnya).

Littell explains that after Chechnya gained independence, the Russian secret police funded an Islamist militant named Arbi Barayev who had adopted tactics that are now IS signatures: beheading ″un-Islamic″ civilians and kidnapping journalists and foreign workers. This resulted not only in a media blockade, but also diminished ″good will″ abroad. Moreover, ″rising political and even military pressure by rogue Islamist rebel groups on the freely elected nationalist president Aslan Maskhadov forced him to radicalise his position.″

Russian journalists courageously documented the relationship between the Russian secret service and Islamists in Chechnya to stage a scenario involving extremists against moderates – very similar to the one created by IS today, involving decapitations, abductions and the convenient filming of it all.

Littell maintains the same strategy was implemented in Syria to distract from the regime′s atrocities and position Assad as an indispensable asset in the ″war on terror″. Littell attempts to reveal how this started as ″a popular, broad-based, proletarian and peasant uprising″ – which was transformed into a sectarian civil war, bloodier than any of the fighters he met could ever have imagined, when the uprising was still in its infancy.

Although riven with extraordinary violence, the ordinariness of the lives of the men he met is what ultimately shines through Littell′s account: the quotidian reality of delicious meals cooked together in abandoned and gutted apartment buildings; the routine tasks of civilian journalism – filming and uploading horrific scenes of conflict; tending to the wounded in clandestine clinics – a necessity once the military forces started jailing any injured that were brought to the hospitals.

A maelstrom of detail

But even as he focuses attention on the minute, the details of everyday life, the speed of his lens that drifts from one person, one event, one site to another with immediacy and uncertainty ends up transforming them into a blur.

As he crisscrosses the city with Mani – his photographer – and other fighters in motorbikes, cabs, trucks and on foot, the specificity of situations, neighbourhoods and figures are lost in the repetitiveness of actions, not to mention the pithiness and immediacy with which he conveys them.

Perhaps the form of the journal demanded this reality be conveyed: even though Littell positioned himself beside the fighters, he was an outsider deposited in what was rapidly becoming a war zone.

Ultimately, even though he is able to capture the ordinariness, the quotidian, the micrological element of the everyday wrought through with the larger, macrological dimensions of the uprising and the effects of repression, he himself recognises the limits of trying to capture an encompassing master narrative that would tidily account for what Syria has become.

In the epilogue, with the privilege of hindsight, he confirms: ″It′s only after I wrote all this and left Syria, that things in Homs really went haywire. I thought that what I had seen was violent enough and I thought I knew what violence means. But I was wrong. For the worst was only just beginning …″

This book is more than one man′s recollection of how – starting with Homs – ordinary, bustling, lively Syrian cities mutated under the Assad regime into a ″museum of horrors″. Behind Littell′s day-to-day accounts of the assault on Homs is a condemnation of the world′s leadership that allowed the destruction of Syrian lives to continue and accelerate on a much larger scale, as we see today: ″all this did not have to be … there were other paths, other possibilities, other futures.″

He adds, ″The mantra so tirelessly repeated by our solemn leaders, ′There is nothing we could have done,′ is simply not true. And that without our callous indifference, cowardice and short-sightedness, things might have been different.″

Since Ali Khamenei, Iran's most powerful man, has openly and unconditionally come out in support of Putin's war in Ukraine, logistical help is on its way, with an allegedly ... END_OF_DOCUMENT_TOKEN_TO_BE_REPLACED

Tourists have been returning to Tunisia, Egypt and Morocco. But, given the global uncertainty caused by the Ukraine war, will the comeback be enough to save a struggling sector, ... END_OF_DOCUMENT_TOKEN_TO_BE_REPLACED

The highly controversial Indian blockbuster "The Kashmir Files“, on the exodus of Kashmiri Hindus in the 1990s, is characterised by unilateral representations, negative ... END_OF_DOCUMENT_TOKEN_TO_BE_REPLACED

"Flugt" is the world's first museum dedicated to the stories of those forced to flee. The new museum, which focuses on the fates of refugees then and now, is housed in a former ... END_OF_DOCUMENT_TOKEN_TO_BE_REPLACED
Author:
Nahrain al-Mousawi
Date:
Mail:
Send via mail

END_OF_DOCUMENT_TOKEN_TO_BE_REPLACED
Social media
and networks
Subscribe to our
newsletter