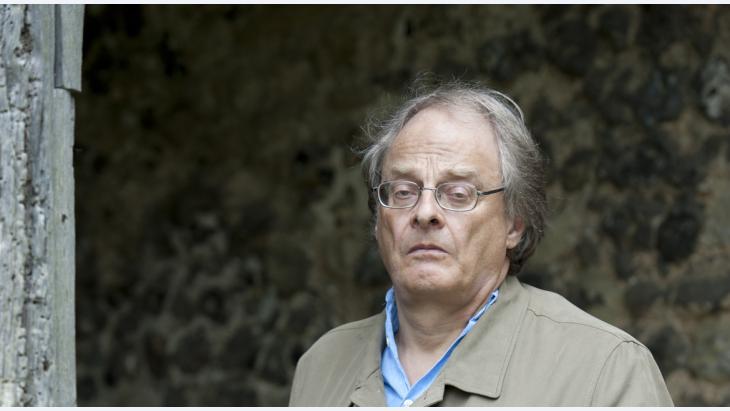 Non-fiction: ″The Age of Jihad ″ by Patrick Cockburn
A catalogue of blunders

″The Age of Jihad: The Islamic State and the Great War for the Middle East″ by journalist Patrick Cockburn traces not just the rise of Islamic State and other extremist groups who are striving for power in Muslim countries, but how American and British foreign policy in this century has contributed directly to their emergence. Richard Marcus read the book

Cockburn is currently the Middle East correspondent for the British-based Independent newspaper and has won a slew of awards for his reporting work, including the Orwell Prize for Journalism in 2009 and the Foreign Affairs Journalist of the Year Award in 2014. He's been covering the Middle East since the Lebanon wars in the 1970s and has been charting the blundering progress of European and American foreign policy since they began their invasions of Afghanistan in 2001.

Unlike those journalists who allowed themselves to be spoonfed stories by their respective military forces and governments, Irish-born Cockburn took the riskier path of chasing down reality using local guides and travelling alone. The fact that he travelled on an Irish passport made it easier for him to gain access to areas other reporters might not have survived (literally). This included crossing the border into Afghanistan to visit warlords when the border between it and Pakistan was supposedly closed and travelling into conflict zones in Iraq where few other foreign journalists went.

Cockburn builds his case with care and diligence, proving how the course of action taken by primarily British and American governments in the Middle East has created the atmosphere which has allowed the rise of extremism. 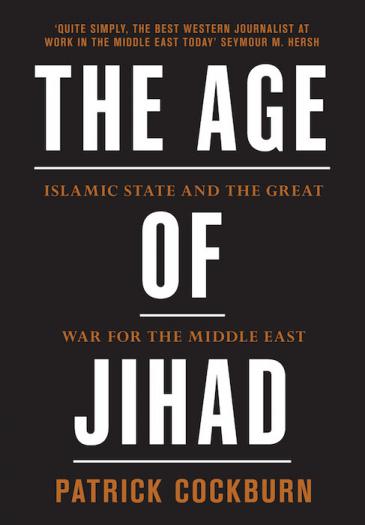 Published by Verso Books, Cockburn's title takes us on a tour of the worst of the fighting over the last fifteen years; from Afghanistan in 2001 to Syria 2015 and plots the mistakes and plain stupidity that led to the situation the world currently finds itself in

The picture which emerges in each section and each country is one of gross incompetence on the part of those supposedly in charge of the overall strategy.

Some of this was the result of ignorance of the geo-political realities of the various regions, some the result of political expediency, while some arose from the willingness to ally themselves with anyone they saw as being against their enemy.

In their eagerness to overthrow people like Gaddafi in Libya, they didn't check out who they were arming to fight against him, resulting in an honest rebellion being hijacked by extremists, intent on imposing their own will on people.

Each section is introduced with Cockburn's analysis of what happened based on his first hand observations. From there on in, he pulls us into each country and the situation on the ground during the periods covered by the chapters by simply reprinting the articles he wrote at the time.

In each case we learn how inadequately prepared everyone was for the type of campaign they were going to be facing – and how they were almost immediately scrambling to figure out what they were going to do with each country once they had supposedly conquered it.

In Afghanistan, the central government they installed in Kabul had no control over what happened beyond the city's borders. Individual war lords still exert their own control over areas and switch back and forth from supporting the Taliban to being against them depending on expediency and what will suit their interests.

Is it any wonder the Taliban was able to fade away after the invasion and then make a comeback? On top of that the invasion and constant warfare has created massive deprivation among the people – anybody offering meals and a chance to earn some money isn't going to have a hard time getting new recruits.

According to Cockburn's reports, Iraq was, and continues to be, an even bigger disaster than Vietnam ever was for the Americans. No matter how many times they've said the war is over or some such nonsense, the fact remains that terrorist attacks in the country continued to increase over the course of the first decade after the invasion of 2003. The primary cause being the Americans failure to understand the sectarian split between Shia and Sunni Muslims.

As we travel from region to region and across the decade, we can only marvel at how the same mistakes appear to be made over and over again. Cockburn's reports dating back to 2001 reveal just how unprepared they were for dealing with the countries once the various regimes had been overthrown. From Afghanistan to Syria we see them blundering in offering support or military force, without ever having a proper understanding of the situation on the ground.

What makes Cockburn's writing so effective is not only the way he lays out facts clearly and concisely, but his ability to bring the situation to life by reminding us of the human cost of all these wars. His interviews with the people of Baghdad, Aleppo, and other locations which have until now just been so many names in the news, not only bring the reality of their situation home to us, they're heartbreaking to read. This is the real cost of war in the Middle East – the desperate acts some of these people have been driven to in order to survive.

″The Age of Jihad″ by Patrick Cockburn does a brilliant job of depicting how the blunders of the people in charge of the West's intervention in the Middle East have not only made life worse for those living in those countries, they have created the circumstances which have allowed for the rise of fanatical extremism in the region. It doesn't make for nice reading, but it is essential if you want to understand how we came to be in the mess we're in now.

Education for girls and women is still possible in Afghanistan, says Reinhard Eroes of the Kinderhilfe Afghanistan initiative. In interview with Elisa Rheinheimer, he talks about ... END_OF_DOCUMENT_TOKEN_TO_BE_REPLACED

A lawmaker in Pakistan's rugged northwest was sipping tea with voters when his phone chirped to life – the Taliban were calling with a demand for 'donations'. "We hope you won't ... END_OF_DOCUMENT_TOKEN_TO_BE_REPLACED

Cries of "Benghazi!" still resonate across the USA ten years after a deadly terrorist attack in Libya killed the U.S. ambassador and three other Americans. Ethan Chorin re-tells ... END_OF_DOCUMENT_TOKEN_TO_BE_REPLACED

Sufism has fluid boundaries. Just like Islam, Sufism is inconceivable without its late antique roots. Then again, it has also exerted an influence on Hinduism. Moreover, the Sufic ... END_OF_DOCUMENT_TOKEN_TO_BE_REPLACED

Journalist Waslat Hasrat-Nazimi was forced to flee Afghanistan with her family as a child and grew up in Germany. To mark the publication of her book "The Lionesses of Afghanistan ... END_OF_DOCUMENT_TOKEN_TO_BE_REPLACED

Just as the Islamic Revolution fundamentally changed Iran 43 years ago and had an impact far beyond the country's borders, the current wave of protests sweeping the country is set ... END_OF_DOCUMENT_TOKEN_TO_BE_REPLACED
Author:
Richard Marcus
Date:
Mail:
Send via mail

END_OF_DOCUMENT_TOKEN_TO_BE_REPLACED
Social media
and networks
Subscribe to our
newsletter