Egypt and the United Arab Emirates have started constructing nuclear power stations for peaceful power generation purposes; other countries are keen to follow suit. In doing so, they are ignoring the risks associated with nuclear technology. Environmentalists and energy experts are warning about the possible environmental and security consequences. Christoph Dreyer and Stephan Roll report

A growing number of Arab states would like to benefit from the advantages of atomic energy; environmentalists, however, criticise above all the fact that there is no "safety culture" in the Arab world

​​ It is not only German politicians who have recently developed a renewed interest in nuclear power. Egypt, the United Arab Emirates (UAE), Jordan and Saudi Arabia are already striving for the use of atomic energy; Algeria, Libya and Morocco have also expressed an interest. If the plans are implemented, numerous nuclear power plants will be built in the region in the medium term, despite the fact that the Arab nations are trying to position themselves as future exporters of solar power.

The nuclear plans of the United Arab Emirates are more advanced than others in the region. The UAE fast-tracked the commissioning of a South Korean consortium with the construction and operation of four reactors that are expected to go into operation between 2017 and 2020. The plan is that other reactors will follow.

In a policy paper dating from 2008, the government predicted that demand for power will increase by over 150 per cent by the year 2020. In order to dispel concerns abroad about any possible ulterior military motives, the UAE pledged to do without critical enrichment and reprocessing technology, a decision for which they were warmly applauded at international level.

A power plant on the Mediterranean coast

At the end of August, Egypt's president, Hosni Mubarak, gave the go-ahead for the construction of the first of four planned nuclear power plants that are to be completed by 2019. This decision was preceded by a long and heated debate, not about the fundamental advantages or disadvantages of nuclear power generation, but about the location of the actual generator. 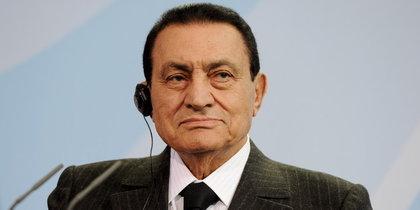 The rise of nuclear energy: Egypt is just one of several countries that want to guarantee their energy supplies for the coming decades by constructing nuclear power plants

​​ The power plant will be situated on the Mediterranean coast, approximately 200 kilometres from Alexandria. Some major companies with considerable political influence that had purchased land with a view to building holiday destinations there are now faced with heavy losses, which is why they used all means at their disposal to mobilize opposition to the government's atomic plans.

Jordan hopes that by the year 2030, one-third of its power supply will be provided by nuclear energy and is building four nuclear power stations to this end. The suitability of a location near Aqaba on the Red Sea is currently being investigated for a first 1,000-Megawatt reactor.

The country boasts several uranium deposits which are currently being explored. The intention is that they will not only power the country's own reactors, but will also be exported abroad. Behind the scenes, however, Jordan's desire to keep its enrichment options open is a source of discord with the United States.

Saudi Arabia's plans to date have been less specific. Following a number of feasibility studies, the kingdom announced in late 2006 that it would be taking part in an initiative to investigate the joint launch of nuclear power generation within the framework of the Gulf Co-operation Council.

According to the Arab countries themselves, the main reason for the sudden reawakening of their interest in nuclear power is the massive increase in the demand for power caused by population growth, rising standards of living and sustained economic growth. 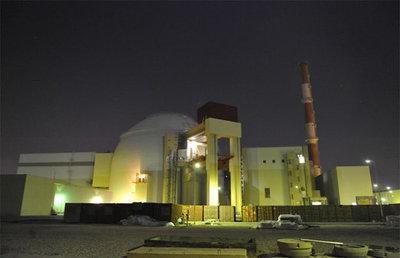 The challenge posed by Iran: just in case the regime in Tehran really does build nuclear weapons, several Arab countries, such as Egypt and Saudi Arabia, want to keep pace with atomic developments in Iran

​​ Another reason is the scarcity of water in the desert states. The intention is that nuclear power will be used to desalinate sea water. Already, almost all of the freshwater used in the Gulf states is obtained using this method, which is also becoming increasingly significant in Jordan and Egypt.

The UAE and Saudi Arabia would prefer to sell their oil for a good price abroad than to use it for the generation of power at home. The situation is similar regarding Egypt and its natural gas. Jordan, on the other hand, would like to reduce its dependence on energy imports.

Another motivation is likely to be the desire to compete with Iran and its nuclear plans. Although none of the Arab nuclear power hopefuls is suspected of currently striving for nuclear weapons, it would seem that above all Egypt and Saudi Arabia are taking a first step in this direction just in case the worst comes to the worst and to symbolically keep in step with their rival, Iran.

No "safety culture" in the Arab world

In the meantime, however, the warnings being voiced by environmentalists and energy experts are getting louder and louder. In addition to the unclarified question of final storage, they criticise above all the fact that there is no "safety culture" in the Arab world. They say that practical experience leads them to doubt the assumption that a country like Egypt could operate a nuclear power plant as reliably as it has to be in view of the potentially disastrous consequences of a nuclear accident.

In the case of Egypt and Jordan in particular, the issue of the seismic safety of nuclear power plants is also cause for concern. 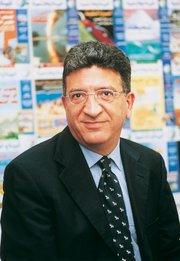 Najib Saab, publisher of the magazine Environment and Development, would prefer if Arab states were to promote sustainable energy sources such as sun and wind instead of trying to catch up with the West in the nuclear stakes

​​ Environmentalists in the region are, however, aware of the politically charged significance of nuclear power and are correspondingly reserved in the formulation of their criticism. For example, the publisher of the pan-Arab magazine Environment and Development, Najib Saab, questioned why the Arabs want to make nuclear power in particular the focus of their race to catch-up technologically with the West.

In a guest commentary for the daily newspaper Al-Hayat, he arrives at the following conclusion: "Is it not ultimately better to channel all available investment funds into renewable energy sources – and most particularly into solar power and wind energy – which are clean and safe, before investing in the generation of nuclear power?"

The criticism from abroad is much more blunt. Greenpeace, for example, questions the supposed cost benefits of nuclear power over the use of renewable energy sources such as sun and wind.

The UAE's plan, for example, rejects wind and sun energy as unsuitable for the reliable generation of the required amount of energy; it claims that they would only be able to ensure between 6 and 7 per cent of peak energy requirements by 2020.

Experts at the German Aerospace Centre, on the other hand, have calculated that use of alternative sources of energy – especially solar thermal energy plants – will soon be much more widespread, making them more competitive both in terms of the cost of power generation and performance.

However, probably the most decisive problem with regard to the energy plans of these Arab nations is the fact that they seek to use a highly problematic technology to buoy up consumer and economic habits that are not sustainable in the long run instead of actually tackling the problem at the root. 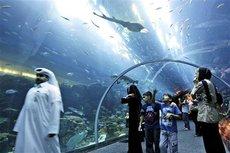 Wasting water: the inhabitants of the UAE use 550 litres of water per capita per day, one of the world's highest water consumption rates

​​ A few examples illustrate this point. Firstly, the inhabitants of the UAE use 550 litres of water per capita per day, one of the world's highest water consumption rates, although they live in one of the world's driest regions. Surveys suggest that there is little to no awareness of the problem.

Secondly, Saudi Arabia used its cheap crude oil, gas, and oil products to encourage notoriously energy-guzzling sectors such as the steel, cement and aluminium industries, which now contribute to the high demand for energy.

According to environmentalists, Jordan could stabilise both the River Jordan, which is at risk of drying out, and the shrinking Dead Sea through more efficient use of water. Instead, it is planning to invest billions of dollars in the construction of an environmentally dubious canal to bring water from the Red Sea to the Dead Sea and then to use vast amounts of energy from a variety of sources including nuclear power stations to desalinate the water.

All of this is in stark and barely deniable contrast to these countries' self-image as renewable energy pioneers. Last year, the Saudi minister for oil, Ali al-Naimi announced that "Saudi Arabia aims to export as much solar energy in the future as it exports oil today." 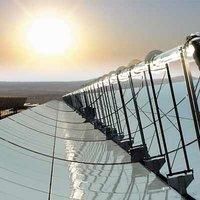 Is nuclear power worth the risk? The wealthy Arab countries could use the expansion of their energy infrastructure to secure themselves a good starting position in the market for increasingly important future technologies

​​ As participants in the Desertec megaproject, Egypt and Jordan are planning to export large amounts of solar power from the sun-rich states of the Middle East and North Africa to Europe. The UAE are at present setting themselves very effectively in a good light with the construction of the "zero-emission city" Masdar City, where a 10-Megawatt solar park was hooked up to the grid last year.

The wealthy Arab countries could in fact use the unavoidable expansion of their energy infrastructure to secure themselves a good starting position in the market for increasingly important future technologies.

Instead they choose to pump billions into nuclear power and, in so doing, to chain themselves for decades to come to a finite energy source that will create new dependencies.

Christoph Dreyer is a graduate of Islamic Studies and reports on the Arab world as a freelance journalist. Stephan Roll has a research scholarship from the German Institute for International and Security Affairs in Berlin.

Europe's Iran Policy
Breaking out of the Spiral of Mistrust
The West should reach out to Iran on the issue of nuclear power, but should take a firm stance on human rights abuses, writes Volker Perthes, the respected Middle East expert and director of the German Institute for International and Security Affairs in Berlin

The Arab States and the Iranian Nuclear Program
Resistance against Regional Power Plays
Despite ongoing criticism, the government in Tehran has given the green light for the resumption of the country’s controversial nuclear program. Fear of an Iranian atomic bomb is thus once again on the rise, not only in the West, but in the Arab world as well, as Frederik Richter reports from Cairo

Turkey's Nuclear Ambitions
More Nuclear Power at the Black Sea?
As the Turkish government is unveiling its plans to go nuclear, battle lines are being drawn between environmentalists and supporters of nuclear energy. But as Dorian Jones reports, Turkey's quest for nuclear power could have consequences stretching far beyond its borders

Environmental Awareness in Egypt
All the World's a Rubbish Bin
Egypt faces severe environmental challenges – but there is little environmental awareness among the public. Even leading intellectuals are interpreting news of global warming as a chimera created by "the West". Joseph Mayton reports

END_OF_DOCUMENT_TOKEN_TO_BE_REPLACED
Social media
and networks
Subscribe to our
newsletter