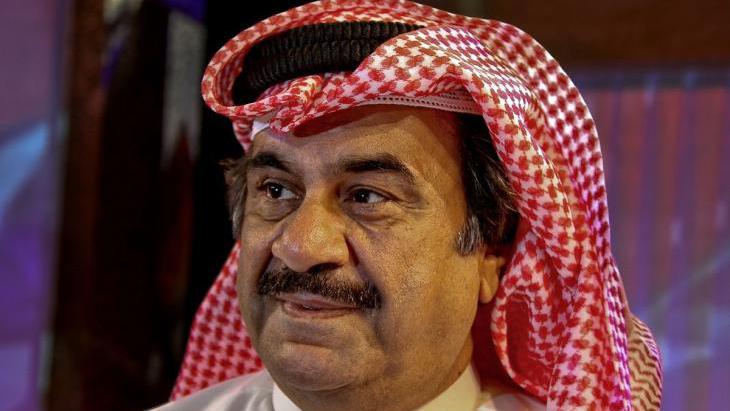 Much-loved Kuwaiti actor and entertainer Abdulhussain Abdulredha, known across the Arab world for his charisma and comic flair passed away on 11 August 2017. Reem Kelani looks back fondly on his career

Mr. Friday: "Car… Apple… Water… Father… Mother… Father [is] donkey… Monkey… Rabbit… Crocodile… Elephant… Street." The woman looks puzzled, as Mr. Friday tries to show off the little English he knows: "I am… He is… He, him… She, shim!"

Frustrated that no-one understands him, he chants: "God rest your soul, my teacher [at religious elementary school]! For 12 years, all you taught us was ′In the name of Allah…′" Nodding his head back and forth like a pupil learning by rote, he laments: "Couldn′t you have taught us a bit of English for a day such as this?

These lines come from one of the classics of Kuwaiti theatre, Bye Bye London! (1981), a satire about Gulf Arabs on holiday.

Mr. Friday was portrayed by actor, comedian and singer Abdulhussain Abdulredha, who passed away in London on Friday 11 August 2017.Abdulredha was born in 1939 in Kuwait to Abdulredha Muhammad ′Awadh, a seaman and Bibi al-Zingawy, a homemaker. The seventh sibling out of fourteen, his forebears came from south west Iran. Although being a Shia Muslim was not a major issue during his life, in death Abdulredha became a target for literal Islamists.

A day after his passing, Saudi cleric Ali al-Rabee′i issued a fatwa on Twitter forbidding Muslims to pray for Abdulredha “because he was an apostate Iranian who died without repenting.” An online storm ensued, as Kuwaiti, Saudi, Arab and Muslim fans reacted in outrage.

More than 30 plays followed, amongst them Fursan al-Manakh [Knights of the Stock Exchange] (1983) about Kuwait′s unofficial stock market crash and Saif al-′Arab [Sword of the Arabs] (1992), about Iraq′s invasion of Kuwait. Abdulredha excelled in his portrayal of Saddam Husain, with uncanny mimicry of his subject′s rhetoric, vocal pitch and mannerism, intertwined with whimsical renditions of Iraqi singing, a genre of Arabic music that is not for the amateur.

As well as becoming a box office success, the play earned Abdulredha an assassination attempt on 7 May 1992. Today, Iraqis mourn Abdulredha′s passing.

One of his greatest TV series is Darb el–Zalag [The Slippery Road] (1977) about the dreams of two brothers whose traditional mud house is to be repossessed by the state in a scheme known as tathmin or ′valuation′, to re-distribute the oil wealth. With Sa′d al-Faraj (b. 1938) as his brother, they end up squandering their riches in tragicomic fashion.

Abdulredha excelled in operetta-style duets with the Cinderella of the Kuwaiti screen, Su′ad Abdallah (b. 1950); one of their most famous was Muda′abāt Qabl al-Zawaj [Playfulness before Marriage] (1975). The quirky music of Ahmad Baqer (1929-2011) and the coquettish leitmotif of the storyline made the operetta immensely popular, whilst suitable for family entertainment – a delicate balance at which Kuwaiti drama excelled in the seventies.

Playing with words was another of Abdulredha′s fortes, as can be seen in ′Izubi al-Salmiyya [Bachelor of Salmiya] (1979) in a scene that has entered Kuwaiti folklore. A pulsating dialogue with Muhammad al–Mansour (b. 1948), it has echoes of Ernst Toch′s Geographical Fugue.

Abdulredha′s work did not separate the artistic from the political. Mimicking Saddam Hussein was one thing, but satirising political Islamists and tackling taboos such as the Bidoun (Kuwait′s stateless citizens) quite another. He even stated more than once that he felt that his narrative had been curbed by official censorship.

1987 was a turning point in the history of Kuwaiti political satire, when Abdulredha received a suspended sentence after a lawsuit against him for defamation. The offending play Hatha Saifoah [This is Saifoah], which tackled corruption in pre-oil Kuwait, was cancelled.

Sunnis and Shias united in grief

Abdulredha became known as the ′fourth tower of Kuwait′, a reference to the three landmark towers and proud symbols of modern Kuwait.

The final curtain came down when he was laid to rest on 16 August, the fortieth anniversary to the day of Darb el-Zalag. In unprecedented fashion, the Kuwaiti public and officialdom flocked to bid their national treasure farewell. And in a rebuff to fundamentalist Islam, Sunni and Shia Kuwaitis squeezed in together to perform their prayers. Abdulredha′s body was wrapped in muslin and garlanded in green cloth, representing the Prophet′s family and in the Kuwaiti flag, representing his true belonging.

Abdulredha is survived by his wife, his two sons Adnan and Bashar and his three daughters Mona, Manal and Bibi. His charisma, comic flair, slick slapstick, bold sarcasm and natural musicality will be sorely missed and sweetly remembered across the Arab world and hopefully beyond.

Reem Kelani is a Palestinian singer, broadcaster and performing artist. She was born in Manchester, brought up and educated in Kuwait and now resides in London

Germany needs a strategy when brokering deals with countries like Qatar, Saudi Arabia or the United Arab Emirates that allows it to maintain its own moral compass. By Sebastian ... END_OF_DOCUMENT_TOKEN_TO_BE_REPLACED

Written by the controversial Kuwaiti Shia preacher, Yasser Habib, the film's plot pursues two threads: one from the Islamic past, the other from the present. The narratives meet ... END_OF_DOCUMENT_TOKEN_TO_BE_REPLACED

Anger in the Middle East is spreading over comments made by an official of India's ruling BJP about the Prophet Muhammad, with various countries summoning New Delhi's envoy and a ... END_OF_DOCUMENT_TOKEN_TO_BE_REPLACED

Women's empowerment in the Gulf has become a tool of deflection, rather than a genuine effort to promote women’s full and equal participation in society. By Mira Al-Hussain END_OF_DOCUMENT_TOKEN_TO_BE_REPLACED

Ahead of Ramadan, most Middle Eastern countries have eased restrictions to near pre-pandemic times. However, increases in prices and food shortages due to the war in Ukraine are ... END_OF_DOCUMENT_TOKEN_TO_BE_REPLACED

It is getting hotter and hotter in Iraq. Fifty degrees or more is no longer a rarity. The state between the Euphrates and Tigris rivers is now one of the hottest countries on ... END_OF_DOCUMENT_TOKEN_TO_BE_REPLACED
Author:
Reem Kelani
Date:
Mail:
Send via mail

END_OF_DOCUMENT_TOKEN_TO_BE_REPLACED
Social media
and networks
Subscribe to our
newsletter