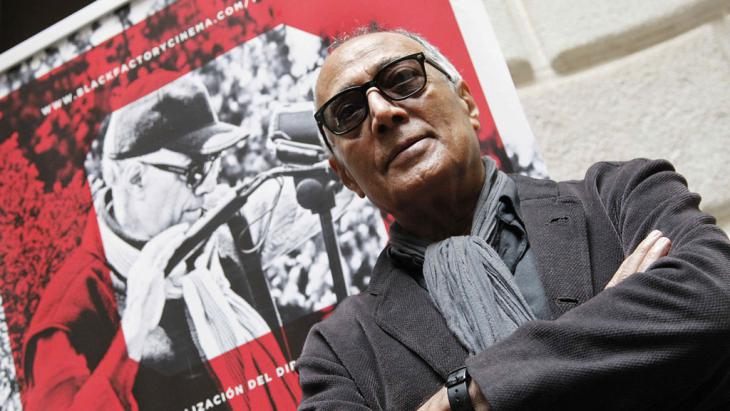 Acutely aware of the never-ending potential of the silver screen: the Iranian film directorr Abbas Kiarostami is dead. By Ekkehard Knorer

Abbas Kiarostami's films are open works of art par excellence. They conceal as little as they explain. Nothing is hidden, everything made manifest, a cinema of the air, the light and the landscape – and of the people within it, yet also about time; the time that one spends close to people, whom the camera almost always films from a stationary position.

Only once, in "Through the Olive Trees", did Kiarostami resort to a tracking shot, something he would later admit to having regretted. Kiarostami's cinema moves by remaining unmoving, or by countervailing any movement it shows.

His films are famous for their car journeys. Along endless winding roads through fields in "The Wind Will Carry Us", but through the city too, in Tehran with Mr Badii, whose only objective is to take his own life, in "Taste of Cherry" (Palme d'Or Winner in 1997, though probably not Kiarostami's best film) and especially and most evidently, in "Ten", the film that features a ten shot interior sequence in a car, whose female driver drives a constantly changing array of passengers around Tehran: her son, her sister, a prostitute – a large segment of Iranian society. Here, as in other films, Kiarostami jousts with the censors: he pushes boundaries, takes risks, but at the same time much, of necessity, remains implicit.

This necessity is at least as enabling as it is inhibiting. Kiarostami's modernist aesthetic of highly reflexive ambivalence is certainly not simply the consequence of censorship; it is actually the most subtly ingenious response possible under the conditions that prevail in a dictatorship.

The unique blend of elements that come together in Kiarostami's remarkable films is most strikingly evident in "Ten": the almost minimalistic rigour of form, the acuteness of vision for the potentialities of the cinema screen: the faces and wishes of the people, their desires, social prohibitions, but also the enigma that they are to themselves. The embedding of the individual in the social always aesthetically conveyed.

Kiarostami's background was of the rather humble variety. He had his first taste of directing at Kanun, Iran's Institute for the Intellectual Development of Children and Young Adults. The early films are rather didactic in intention and were made by children for children. They give advice on how to resolve disputes, or straightforward tips on how to board a school bus in an orderly manner. But even these short films already demonstrate a seamless merging of content and form, they are a school of seeing, converting a form such as shot-reverse-shot into the portrayal of a dispute. It is completely unpretentious, never mannered, at once deceptively simple and compellingly cinematic.

The eighties and nineties saw Kiarostami rise to significance as auteur on the world cinema scene. The link between the early films, which can be seen only in Iran and the later major festival circuit work is a series of three films, often referred to as the Koker trilogy, set in the rural district of Koker, to which Kiarostami returns after a devastating earthquake.

Between "Where is the Friend's Home" and "Life and Nothing More" came "Close-Up", Kiarostami's best and most moving film. It tells the true story of a man who posed as the then famous film director Mohsen Makhmalbaf – Kiarostami blends the documentary aspects of the story with fictional elements to create a docufiction: the imposter, who plays himself in the film, is (in contrast to events at the real trial) neither convicted nor denounced. On the contrary: Mohsen Makhmalbaf himself appears at the end of the film to give his imitator, who had acted out of love for the cinema, his blessing.

There is a similarly reflexive level in film-in-film construction of " Through the Olive Trees" where the boundaries between a poignant, fictional love story and a problematic film-in-film marriage  become so blurred that there is even a film director (not played by Kiarostami himself) involved in the proceedings. 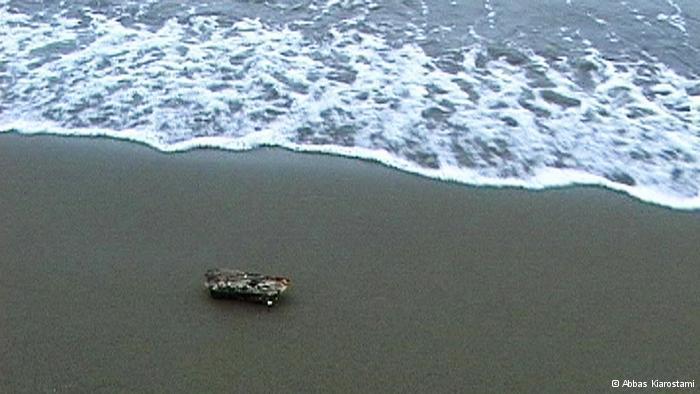 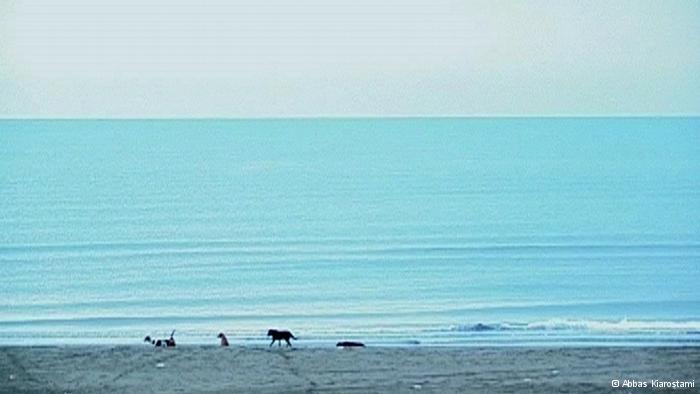 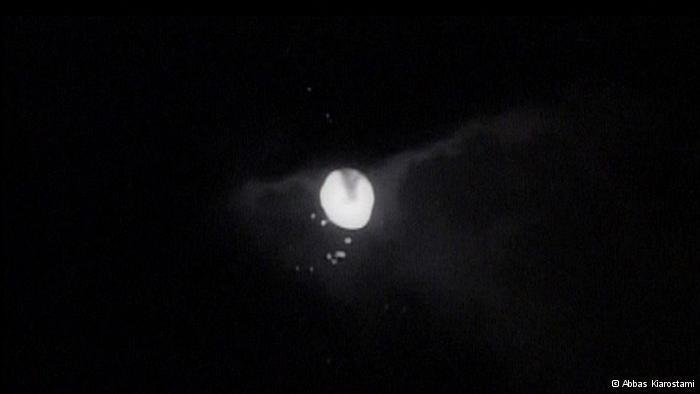 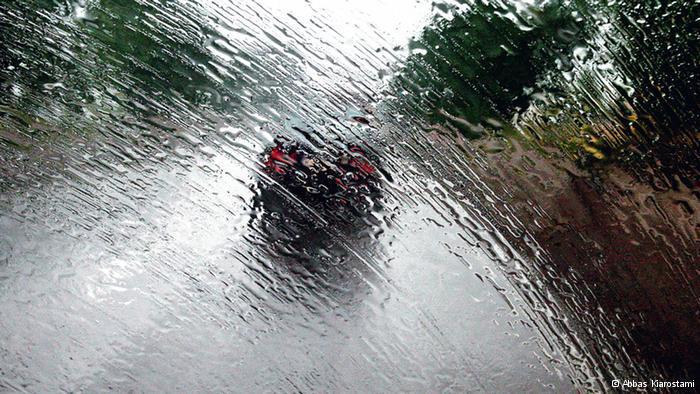 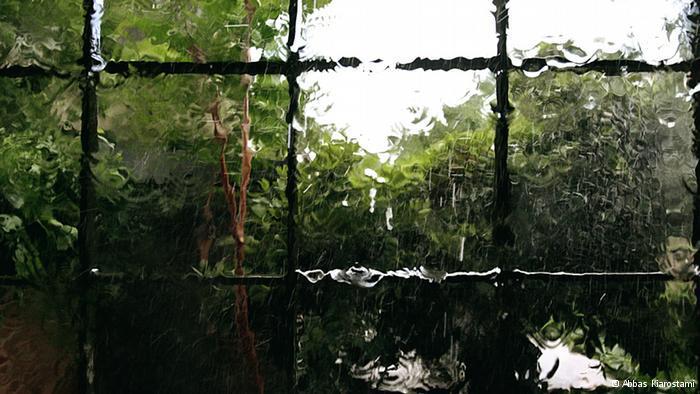 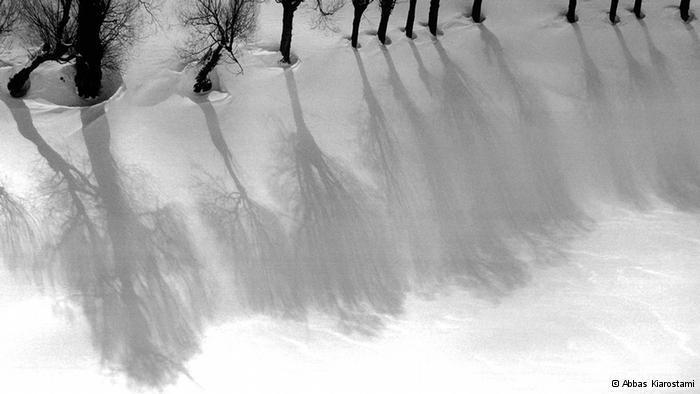 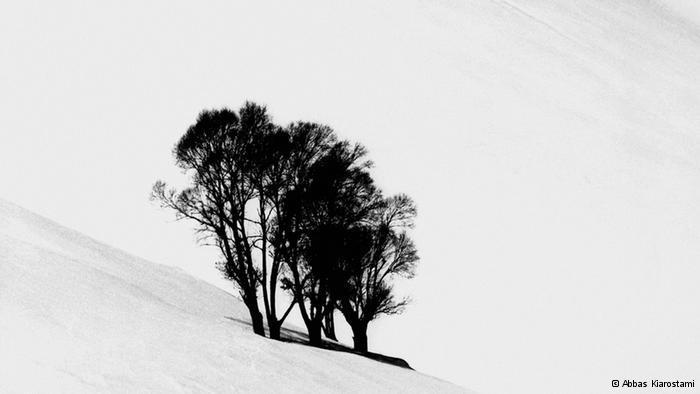 Kiarostami was also a photographer and a brilliant one at that. The great poetry lover also tried his hand at shorter, sometimes almost haiku-like cinematic forms. For his last two films, both masterworks, he left his native country to shoot in Italy and Japan.

Humanist and master of form

"Certified Copy" starring Juliette Binoche is an oblique and ambiguous film. We wonder whether the protagonists are a couple who have only just met, or lovers who have known one other for a long time. On the one hand, this makes endless readings possible, yet the beautiful light-suffused visual appeal of the film also makes it possible to simply enjoy the interplay between the actors and the succinct precision of the mise-en-scene.

The question of the relationship between a young woman and an old man who spend the night together in Tokyo in "Like Someone in Love" is just as unresolved. What begins as a story of love for sale, later becomes the tale of a relationship that fluctuates between tenderness and violence, punctuated by day and night car journeys. At one point the old man falls asleep at the wheel at a red light. No big deal. He then just drives on.

But the camera stays on him, tender, friendly, open, waiting, that too was Kiarostami: a humanist as master of form and not only in this respect a follower of Ozu. One of the true greats of world cinema has died in Paris, aged 76 years, following a series of operations for cancer.

Fariduddin Attar’s "The Conference of the Birds", one of the seminal works of Islamic mysticism, has recently been published in sumptuously illustrated German translation. It ... END_OF_DOCUMENT_TOKEN_TO_BE_REPLACED

In "Iran. Die Freiheit ist weiblich", journalist Golineh Atai describes the dogged resistance of courageous Iranian women against the Islamic Republic and the mullahs who have ... END_OF_DOCUMENT_TOKEN_TO_BE_REPLACED

The violent death of 22-year-old Mahsa Amini has achieved something the entire opposition has failed to do during the 43-year rule of the ayatollahs in Iran: almost the entire ... END_OF_DOCUMENT_TOKEN_TO_BE_REPLACED

Like Christianity, Europe's history is one of migration. Both have strong roots in the Orient and in cultures thousands of years old. Cultural historian Bernhard Braun invites us ... END_OF_DOCUMENT_TOKEN_TO_BE_REPLACED

A lot is happening in Syria’s Sweida Governorate – foreign intervention there is unprecedented both in terms of scale and number of actors – yet Damascus remains the dominant ... END_OF_DOCUMENT_TOKEN_TO_BE_REPLACED

Russia is leaving no stone unturned in its attempts to make the Islamic Republic an ally in the war against Ukraine. Fortunately for Vladimir Putin, the mullahs in Tehran are ... END_OF_DOCUMENT_TOKEN_TO_BE_REPLACED

Comments for this article: Pioneering spirit

The world has lost its cine sophy, our Abbas Kiarostami master on art and humanity.
Saadia ,germanophile,
Rabat, Morocco

END_OF_DOCUMENT_TOKEN_TO_BE_REPLACED
Social media
and networks
Subscribe to our
newsletter