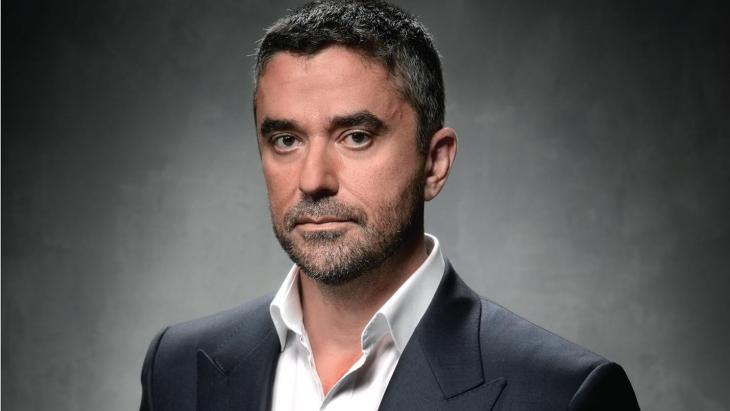 In a series of essays Omar Saif Ghobash offers a guide for young Muslims to navigate the complex 21st century. Although the book is written in the form of letters to his 15 year-old son Saif, the advice and counsel he offers is appropriate for Muslims of all ages. Sultan Sooud Al Qassemi read the book

Reacting to the current crisis of authority, Ghobash writes about a new space created for the Muslim individual or the lay Muslim to channel the direction of Islamic discourse and debate: ″I want my son′s generation of Muslims to realise that they have the right to think and decide what is right and what is wrong, what is Islamic and what is peripheral to the faith.″ He suggests that tools available to the individual, such as literary fiction, visual arts and film would allow young Muslims to empathise with one another and enchant our imaginations.

In order to gain the reader′s trust, Ghobash opens up and shares some of the most personal moments of his life with readers, using his own story as a springboard from which to introduce ideas and interjections. Some of the most powerful moments in the book are when Ghobash discusses personal sentiments about the assassination of his father when he was only six years old and of the family′s perseverance in the years that followed.

Ghobash′s father Saif, for whom he named his son, was a UAE Minister of State for Foreign Affairs. A polyglot and an intellectual, Saif Ghobash was tragically assassinated in 1977, mistaken for a visiting Arab dignitary during a politically charged era of heightened conflict, not unlike the current one.

From the brief moment of jubilation he experienced when he was pulled out of school early one day only to find a coffin at home draped in the national flag of the United Arab Emirates to the research he started when he was twelve years old in his attempts to find out more about what happened that day and why, Ghobash′s book delves into areas that few of us would dare share about our own lives. 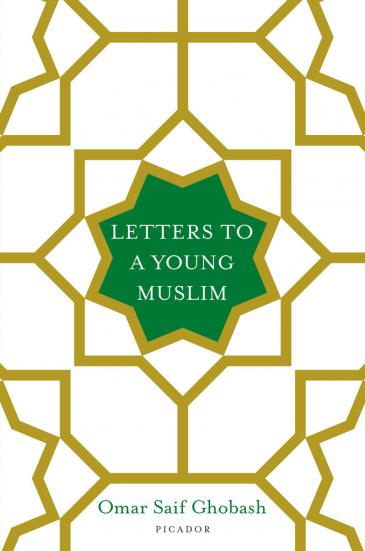 Omar Saif Ghobash is known to the intellectual community for his role as the UAE′s ambassador to Russia, a strategic diplomatic post for the young country. He is also one of the founders of The Third Line art gallery in Dubai, as well as being the sponsor of the Saif Ghobash-Banipal Prize for Arabic Literary Translation. More recently he has given a series of well-received talks exploring what it means to be Muslim in the modern world, including the Global Citizenship lecture in UCL in 2013 and at the Wharton SEI Center Distinguished Lecture series in 2014

Although the book is titled ″Letters to a Young Muslim″, sections of the book read like a personal reflection. Indeed the author himself ruminates that ″sometimes I know I am writing this set of letters for myself.″

Ghobash, who discusses the discrimination he experienced being from a mixed family background, makes a plea for multiculturalism within Islam and asserts that there is no ″one version of Islam that all Muslims must conform to.″

In doing so, he points to Central and South Asia where local tradition mixes with Islam and to inner cities of the US, not to mention university campuses, where different Islams flourish.

A remarkable idea in the book is the notion that the elevation of the status of warriors in Islamic history as the sole role models taught to Muslim students in schools today has left an impact on our youth.

Because I belong to the same generation as Ghobash, I too studied from largely similar textbooks – textbooks which fortunately have undergone significant revision recently.

Our books and teachers would indeed offer us examples of Muslims who were triumphant, who forced their enemies to succumb. Yet Islam boasts so many famous names who succeeded – and are still succeeding – in other fields from science to literature.

Sadly these individuals continue to be relegated to the margins of studies. ″Perhaps by looking at why we still cherish the model of the warrior, we might begin to understand where we have fallen behind the rest of the world,″ Ghobash concludes.

Young Muslims are also accustomed to receiving mixed messages from adults on what they ought to do and to avoid. It′s as though we live in a world of unachievable and lofty ideals. Ghobash tells his son that as a young Muslim he may be susceptible to judging others ″because you live a Muslim life of such high and demanding moral standards that everything around you seems ritualistically and morally incorrect.″

People, he writes, ″will often talk about Islam in a way that makes you think that Islam exists somewhere a perfect form, as though somewhere else.″ Islam, Ghobash says, would not exist or have meaning without the people practising it. He cautions that judgement of others can also lead us to enmity and advises Saif to ″understand that someone has made the choice for you when they say you have to hate.″

What should young Muslims do instead? ″I want you to devote some of your time to helping those who are on the borders of society,″ he writes. Throughout the book Ghobash urges Muslims to take responsibility of their religion and their lives. He tells the young Muslims to ″climb a mountain. Volunteer with children in a poverty stricken country. Help a friend out of trouble. Defend someone less privileged than yourself. Teach someone how to read and write.″

He further advises young Muslims to take practical steps, again emphasising the role of the individual in Islam. ″Look around yourself. Who looks like he or she is fearful or hungry, weak or humbled by life?″ and ″see how you can help them.″ Basically, take ownership of the challenges Muslim societies face.

Ghobash then does something that is so simple and yet so rare: he poses questions that are still taboo in many parts of the Muslim world. Could the separation of the sexes lead to psychological confusion? What if homosexuality is not chosen, but genetically predetermined? And what should we do when an allegedly Islamic idea is clearly nonsense?

Ghobash tells his son that ″these are questions of your generation. Don′t let anyone tell you that a question buried is a question answered.″ He recounts the philosophical questions raised by the Mu′tazilites, 10th century thinkers of Baghdad and Basra who espoused logic and reason when dealing with questions of religion.

These ideas were crushed by those who held puritanical views of Islam and relied solely on revelation unveiled to the Prophet Muhammad. The author is hopeful that future generations of ulema, or Muslim scholars ″for the twenty-first century″, will reflect on the importance of logic and reason to fill the missing gaps in religious theology.

Ghobash argues that Islam needs constant regeneration, or moral progress, to thrive; ″when we come across new information and ideas, previous understandings need to be refined in order to accommodate the new input.″ He maintains that it is still unusual for us as Muslims and Arabs to think of the dynamic relationship we have with the West and how, because of this connection, our lives ″are increasingly not just liveable but pleasurable″.

He cites an example of this dichotomy in the Islamic extremists who continuously denounce Western culture and yet ″freeload″ on their technology and innovation while counting their money in dollars. Sometimes these extremists resort to violence that he labels ″a tool of the unthinking.″

Demonstrating a typically British sense of humour, Ghobash remarks dryly that resorting to violence ″is a particularly unintelligent and unimaginative way to deal with matters″. Indeed he goes on to say that violence ″is a short route to immediate empowerment and satisfaction,″ a notion that other scholars have touched upon, suggesting that young Muslims feel marginalised by their state and society.

In the closing lines of the book, Ghobash reprises an early theme and reiterates his opinion that ″the idea of the Muslim individual is the simplest and most effective unit for the regeneration of the Muslim world.″ He tells Saif, ″if you begin to accept the individual diversity of your fellow Muslims, you are likely to do the same for those of other faiths as well.″

Omar Saif Ghobash, who was only six years old when he was deprived of an intellectual giant in his life, grew up to be one himself.

Since returning to power in Afghanistan, the Taliban have steadily eroded the rights and opportunities of women and girls, particularly their access to education. But Afghans are ... END_OF_DOCUMENT_TOKEN_TO_BE_REPLACED

The book "The Invention of the Maghreb: between Africa and the Middle East" prompts us to review basic terminology. This includes terms that we use almost every day as if they are ... END_OF_DOCUMENT_TOKEN_TO_BE_REPLACED

Tunisia has been going through a severe economic and political crisis in recent years. More than one in three young people there are unemployed. For many skilled, qualified and ... END_OF_DOCUMENT_TOKEN_TO_BE_REPLACED

At the end of every year, the team at Qantara.de gives you a run-down of the ten most-read articles on the site over the past 12 months. Here is a quick overview of the stories ... END_OF_DOCUMENT_TOKEN_TO_BE_REPLACED

The government in the Netherlands, one of the last European nations to abolish slavery, has made an historic apology. But some feel that there is still a long way to go. By Ella ... END_OF_DOCUMENT_TOKEN_TO_BE_REPLACED

To celebrate the bicentenary of the deciphering of the Rosetta Stone, the British Museum is running an exhibition entitled "Hieroglyphs: unlocking ancient Egypt" until February ... END_OF_DOCUMENT_TOKEN_TO_BE_REPLACED

Comments for this article: Seeking the Muslim individual

I have just watched Christiana Amanpour's interview with Omar Saif Ghobash on CNN and quickly, I have searched and read titbits of his thought. Very impressive thoughts and personally, I am not surprised these noble and progressive ideas are coming from a citizen of UAE. Personally,,I think the UAE is the only Islamic state that has stayed clear off the path of violent Islam and focused on modernisation and development. Their departure from mainstream Islamic violence characteristic of most states has resulted in the fast development of the UAE and made it the most important trade hub in the region. I believe that with time, even the vestiges of Islamic conservatism which still remain will be shaved off and give way to a more progressive and liberal Version of the beautiful religion of Islam. This will not in any way dilute Islam as a religion. On the contrary, I think moderation and departure from violence would rather package and posture it as a leading religion of the twenty-first century. We need more Saif Ghobashes to spread the new ideology.

END_OF_DOCUMENT_TOKEN_TO_BE_REPLACED
Social media
and networks
Subscribe to our
newsletter