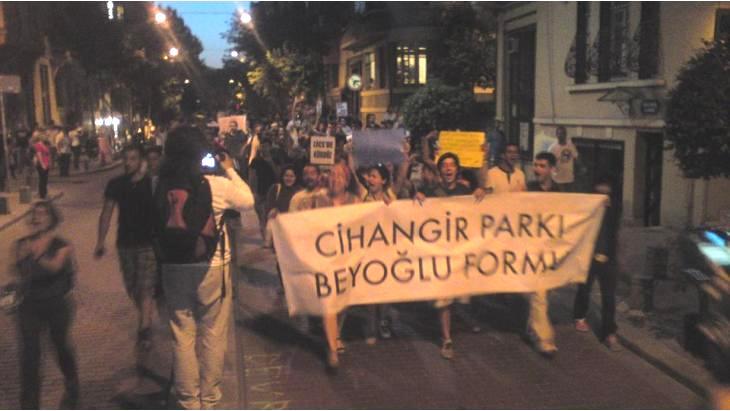 The Gezi Park protests have led to the emergence of local grassroots committees or "Open Forums" in many Turkish towns and cities. Their goal: To preserve quality of life in residential areas and foster political dialogue and development. A commentary by Ceyda Nurtsch from the "Open Forum" in the Istanbul neighbourhood of Beyoğlu

Cihangir Park is at the end of one of the radially-arranged, climbing alleyways in the Istanbul neighbourhood of Beyoğlu: It's a small area of green parkland with two wooden pavilions and climbing frames for children behind, and a basketball court to the left. The park is a little oasis, bordered by a close concentration of five-storey houses.

It's a balmy summer evening. Cats roam about around the entrance, a few youngsters are taking shots at the basketball hoop, a passing garbage truck empties bins with a clatter. Some 50 people are gathered in the park, most of them around 30 years old, some older.

They sit in a circle on the floor, or on wooden benches, leaning against a balustrade and listening to someone speak. "You can forget the mainstream media!" she says. "You must see where you get your information from and how this information can be most effectively disseminated."

Against paternalism, censorship and self-censorship

The orator is none other than the journalist Banu Güven, invited by the "Open Forum Cihangir" this evening to talk about media freedom, censorship and self-censorship. 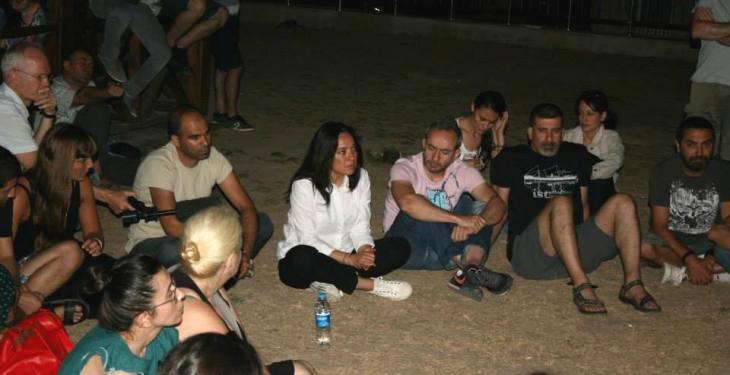 Local, civil engagement and a new civil society approach: The journalist Banu Güven (centre) at the "Open Forum" in the Istanbul district of Beyoğlu

She also tells the group that there are now more than 60 journalists in prison in Turkey and that since the start of the Gezi Park protests on 27 May, many of them have been sacked. Banu Güven herself was dismissed by her employer because of an interview in connection with the Gezi protests that was deemed to be scandalous.

"It all began when they threw us out of Gezi Park," says teacher Ceren Candemir, explaining how the civil society forum initially came about. "We then looked for other green spaces to meet and talk."

Since then, the group has been meeting three times a week. "We've chosen this park for our meetings because it's located in the neighbourhood where we live and it's regularly frequented by the residents of our neighbourhood," says architect Özgür Çimen, describing the movement's local character.

"We're still in the very early stages," explains 24-year-old psychologist Alper Anak. "At the moment, we're mostly discussing issues that directly affect us. For example, our neighbourhood used to be very cosmopolitan. Armenians and Greeks lived here, but there's not much evidence of that today," Anak outlines his impressions. "All the street names have been changed. At the same time, transvestites have been murdered here and homosexuals driven from their homes. We're talking about how we can heighten public awareness of the particular character of our place of residence and its history."

50-year-old housewife Nurgül Çetinkaya is here to work for the preservation of her district and the park. A first step in this direction is, for example, the small vegetable garden nearby (Romabostanı), planted by the citizens' initiative.

A discussion platform for all views

The idea behind the "Open Forums" is to create a discussion platform for all views. Issues to be debated are announced on Facebook and Twitter. 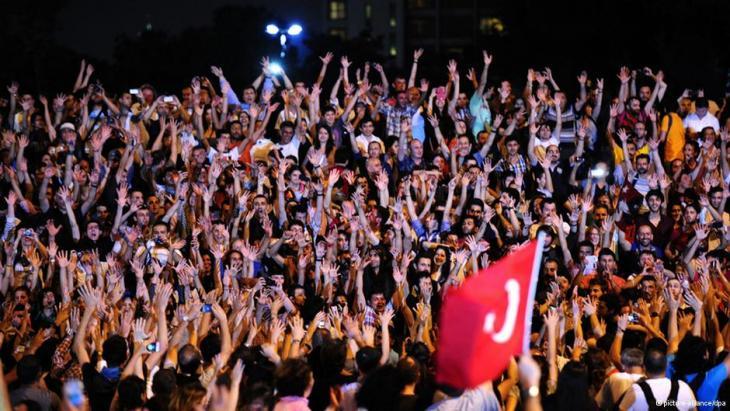 Local, civil engagement and a new civil society approach: The journalist Banu Güven (centre) at the "Open Forum" in the Istanbul district of Beyoğlu

There are thought to be 120 forums nationwide, with around 40 in Istanbul alone. In contrast to the large Istanbul forum Abbasağa in the district of Beşiktaş, which organises events such as barter markets or bicycle demos, or to the Yoğurtçu Parkı forum in Kadıköy, the Cihangir forum operates on a small scale. The number of people attending may have fallen since the start of the protests, but the forum is also very keen to attract attendees espousing completely different, opposing views.

"We're living out our own history"

For Ceren Candemir, this movement is a sign that any existing differences between right, left, Turks, Kurds, Circassians and Alevites have long disappeared. "I used to be the leader of a women's association within the ultra-nationalist MHP party, but two weeks ago I shouted 'long live Kurdistan!' for the first time," says Candemir, a graduate of Boğaziçi University.

Candemir says that now, it's important to consider which sources will be used in children's history lessons in 50 years' time. And if the demonstrators are being so contemptuously described as 'looters' (Çapulcu) today, how will they be portrayed in the history books?

Those participating in the forum perceive themselves to be part of a non-violent, grass roots civil society movement pursuing a long-term goal to peacefully defend their human rights and quality of life in their neighbourhood. They are not demanding the resignation of the AKP government. However, the activists think it is still too early to talk about forming their own party, not least because the 10 percent hurdle for political parties to enter parliament is much too high.

But Alper Anak is convinced that in the long term, the movement will spawn a new organisational form. "It doesn't have to be a party in the conventional sense," he says. We can't make any predictions at the moment, but the Gezi Park protests have set the ball rolling and we're carrying things on in the forums."

Alaa Abd el-Fattah, arguably Egypt’s most prominent democracy activist, has just been handed another lengthy prison sentence. Despite this, a book of his writing has recently been ... END_OF_DOCUMENT_TOKEN_TO_BE_REPLACED

A prominent rights group in Egypt, the Arabic Network for Human Rights, is ending operations just as the country braces for a controversial NGO law. Is this the beginning of the ... END_OF_DOCUMENT_TOKEN_TO_BE_REPLACED

Arab youth express their hopes and wishes for the New Year, spanning everything from civil and political rights, to education, to arts and culture. By Rafiah Al Talei END_OF_DOCUMENT_TOKEN_TO_BE_REPLACED

Research project "The Global Qur'an", brainchild of Professor of Islamic Studies Johanna Pink and sponsored by the European Research Council, analyses the history and ... END_OF_DOCUMENT_TOKEN_TO_BE_REPLACED

Her grandparents are Jews – born in Tunisia and Algeria. Director Cleo Cohen has now broken the silence about this with a very personal debut. By Nadine Wojcik END_OF_DOCUMENT_TOKEN_TO_BE_REPLACED

With World Cup 2022 around the corner, Qatar has embarked on a campaign to clean up its school system. Distracting from grievous shortcomings in other areas by highlighting a ... END_OF_DOCUMENT_TOKEN_TO_BE_REPLACED
Author:
Ceyda Nurtsch
Date:
Mail:
Send via mail

END_OF_DOCUMENT_TOKEN_TO_BE_REPLACED
Social media
and networks
Subscribe to our
newsletter