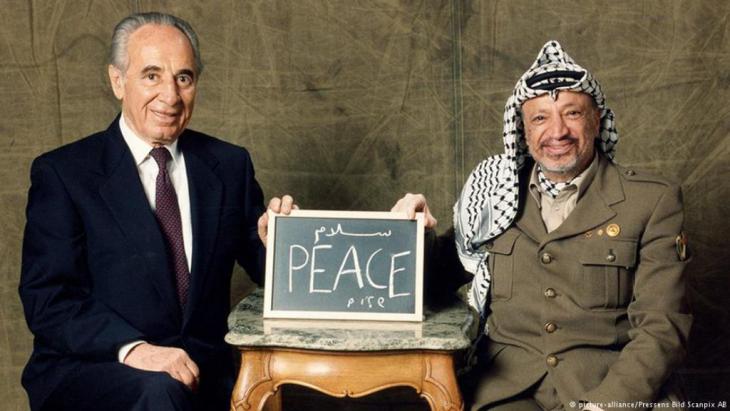 Israelis and Palestinians lament the deadlock

There was hope that resolution of the conflict between Israelis and Palestinians was imminent when the first Oslo Accord was signed in 1993. But the promise of a two-state solution any time soon has been all but dashed. By Tessa Fox

In September 1993, people across Israel and Palestinian territories celebrated in newly gained hope that they would have a permanent peace agreement within five years.

"We were dreaming, we were fighting," said Munther Amira, a Palestinian activist now in his 40s. "We wanted peace and to have our own state like any other nation, to have our determination. We thought Oslo would do all these things for us."

Oslo, shorthand for the Oslo Accord, brokered by Norway and signed between the Israeli government and the Palestinian Liberation Organisation (PLO) on 13 September 1993, established a framework intended to resolve the Israeli-Palestinian conflict. The agreement created an interim Palestinian government, the Palestinian National Authority (PA) and also initiated the withdrawal of Israel Defence Forces (IDF) from Gaza and Jericho in the West Bank.

Oslo was only set to last five years, during which a permanent solution was meant to be negotiated that took into consideration Palestinian refugees, Israeli settlements in the West Bank, the issue of Jerusalem as well as final borders and security arrangements.

"We thought, that's it, we're going to have peace. We celebrated Oslo when we were young, we started planning for our future, that we would have peace on this land and we would have the two-state solution," Amira said.

Working at the time as a senior government official in Israel's prime minister's office, Emanuel Shahaf, also felt hope reverberating across Israel. "People felt the vision that things were going to change, that they were finally getting somewhere," said Shahaf. 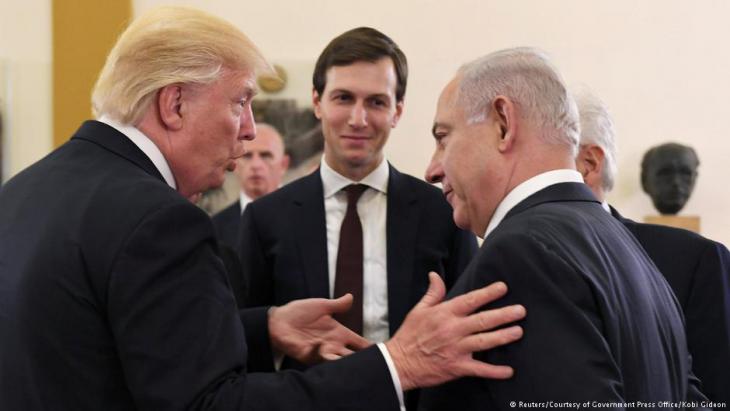 Two's company: U.S. Middle East policy under Donald Trump has been openly partisan ever since he came to office. Diplomatic overtures towards the Palestinians have been few and far between, while accommodating Israelʹs interests has been high on the agenda. At the end of 2017, the U.S. Embassy moved from Tel Aviv to Jerusalem, in a development calculated to ride rough-shod over Palestinian sensibilities and existing diplomatic considerations. Cancelling all aid to the Palestinian aid agency UNRWA in August is just the latest controversial and highly damaging move by the Trump administration

Peace process a road to nowhere

Twenty-five years have since passed, and the Israeli-Palestinian conflict is no closer to being resolved. The Palestinian generation of today now sees signing Oslo as a mistake.

Ahmed Abu Mofeed, a 23-year-old sociology student at Birzeit University in the West Bank reflects his peersʹ disappointment. "It's allegedly called a peace agreement, but I would like to describe it as an agreement to give up hope and our long history of resilience," said Abu Mofeed.

Even current Palestinian leaders find it difficult to see what good came of the accords. PLO Executive Committee member Hanan Ashrawi puts it down to a variety of reasons, including the lack of monitoring and accountability for Israel within the agreement.

"In itself it is a fatally flawed agreement," said Ashrawi.

Shahaf believes the Oslo agreement was too vague and lacking in direction for to lead to anything concrete, but contends it was still a positive start. "It was proved for the first time that it was possible to come to an agreement, to sit down and have a roundtable discussion and say we're going to do this ... and to work out [a] very complex deal," Shahaf said.

At the suggestion of his Arab students, Israeli psychologist Ofer Grosbard created the project "Quranet", which uses texts from the Koran to solve educational problems in schools ... END_OF_DOCUMENT_TOKEN_TO_BE_REPLACED

Contemporary artist Mona Hatoum is one of those figures whose presence in western capitals stimulates much attention and critical writing, while her exhibitions in Arab cities ... END_OF_DOCUMENT_TOKEN_TO_BE_REPLACED

Wall, fences and checkpoints have become a way of life in the West Bank. But now innovative start-ups are using digital means to overcome borders and connect people across the ... END_OF_DOCUMENT_TOKEN_TO_BE_REPLACED

The collapse of traditional multilateralism in the Arab world has been accompanied by a significant shift in American Middle East policy under President Donald Trump, writes ... END_OF_DOCUMENT_TOKEN_TO_BE_REPLACED

In her latest novel, "The Book of Disappearance", Palestinian author Ibtisam Azem strikes a nerve with a fantastical tale that simultaneously fascinates and moves the reader, ... END_OF_DOCUMENT_TOKEN_TO_BE_REPLACED

In terms of policy, this election has little else to offer. Social issues, the economy and the conflict with the Palestinians are not dominant themes; it’s a question of power. By ... END_OF_DOCUMENT_TOKEN_TO_BE_REPLACED
Author:
Tessa Fox
Date:
Mail:
Send via mail