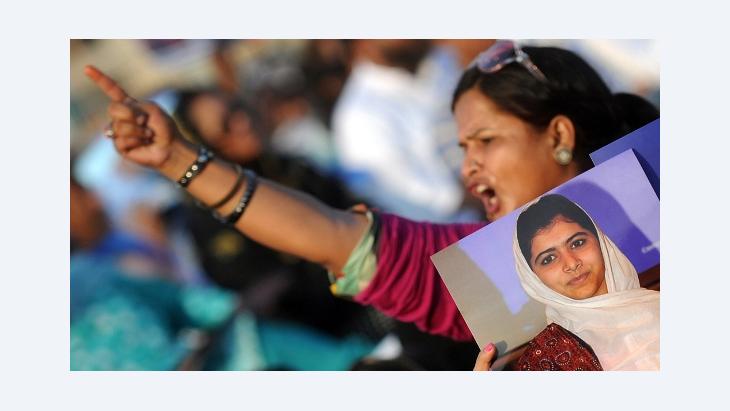 Pakistan at a Crossroads
A People's Uprising against the Taliban?

Pakistan's Taliban have for a long time been extending their influence on society by way of intimidation, brute force and terror killings. Now, however, people seem to be ready to confront the militants, drawing from the memory of Pakistan's liberal society in the early 70s. Ashraf Khan reports from Karachi

The perpetrators of the October 9 attack on the Pakistani teenaged girl activist Malala Yusufzai may not have reckoned with the fierce reaction of the Pakistani nation, which unequivocally condemned the heinous assault. While their goal may have been to frighten girls away from schools, those very girls are now more determined than ever to continue their secular schooling, rather than staying home or joining a seminary.

But on the top of it the attack, which almost killed the innocent girl, became a catalyst to deepen the divide between the progressive and fundamentalist elements in this heterogeneous society that could, many believe, lead this country into a decisive phase of its war on terror, which has now been going on for more than a decade.

The Yusufzai attack has now become a symbol, a milestone and a catalyst to deepen the divide between the extremists and liberal sections of society - and even those whose minds were previously opaque can now defog their thoughts.

A widening gap, and the spirit of unity

"The attack has certainly widened the gap between the liberals and conservatives," commented professor Tauseef Ahmed Khan, a prominent political analyst. 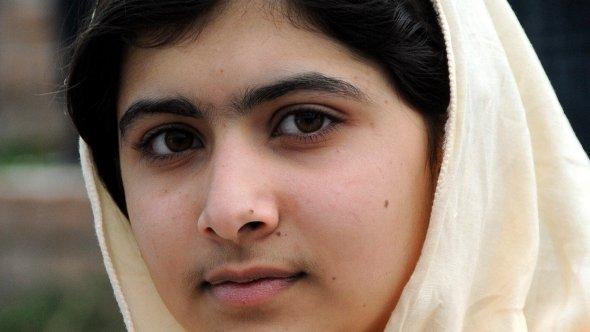 15-year-old enemy of the Taliban: Malala Yousafzai won international praise for advocating girl's education despite Taliban threats was shot and wounded by unknown gunmen in Swat on 9 October 2012. Pakistan awarded her the first-ever National Peace Award last year in recognition for her struggle for girl's education, which the Taliban banned after seizing control of the Swat valley

​​"But I am afraid that this could also cause a bloody civil war in which even the urban areas of the country could turn into battlefields," said Khan, who is chairman of mass media studies at the Federal Urdu University in Islamabad.

The attack on Malala Yousafzai was strongly condemned by the people from all walks of life and revived the spirit of unity in this polarized society that is fragmented into many sectarian, ethnic, and political fault lines.

"Do you want a secular Pakistan… or do you want a Taliban's Pakistan," Altaf Husain asked a rally attended by hundreds of thousands of people, who gathered at the headquarters of the liberal 'Muttahida Qaumi Movement' (MQM) the party he leads. The powerful MQM convened the rally at a short notice to condemn the attack on Yusufzai.

Pakistan is certainly at a crossroads and calls for a decisive transformation. 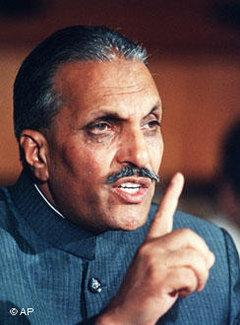 "Key saboteur of liberal society": General Zia-ul-Haq served as the sixth President of Pakistan from 1978 until his death in 1988

​​Pakistani society, until the late 1970s equipped with a strong and influential liberal middle-class, changed fundamentally after the CIA-backed Afghan war in 1979 against the former Soviet Union, when Pakistan became a hotbed and recruitment base for anti-Soviet mujahideen fighters.

The mujahideen were well-trained in guerrilla warfare, sniper shooting and bomb making and motivated to the highest degree for militant jihad as a basic Islamic tenant. After General Mohammed Zia-ul-Haq came to power in 1978, he initiated a process of Islamisation creating ideal conditions for the jihad.

General Zia amended the Pakistani constitution to bring it more closely in line with Islamic laws. In this climate, the jihad played a pivotal role in efforts to help the country achieve strategic depth and edge in the region.

Until the late 1970s, Pakistan allowed itself a liberal and progressive lifestyle, while at the same time retaining its Muslim identity. In Karachi, for example, young people were able to enjoy the sprawling port city’s vibrant night life without fear of repercussions. Not that religious life was curtailed in any way. On the contrary: mosques were very well attended, and people felt free to worship without fear of any sectarian backlash.

Bars, nightlife and the mosque

"I still remember the lively streets of Karachi when the bars, restaurants and tea shops would remain open all night," said Muqtada Mansoor, a political analyst and news columnist. "We could offer our prayers at any mosque, whether it was a Shiite or a Sunni mosque, and no one would bother," he recalled nostalgically, condemning the ongoing sectarian violence that has claimed hundreds of lives this year alone.

Intellectuals blame General Zia's 1977 martial law as the key saboteur of liberal society. They believe it sewed the seeds of religious, sectarian and ethnic intolerance and hatred, and that the resulting crop is now being yielded.

"The martial regime of the time is entirely to blame for transforming our peaceful society into a violent one," said Fateh Muhammad Burfat, an eminent sociologist. "It was very rare to hear about a murder at the time, and if we did, it reverberated for months to come," recalled Burfat, who is a professor of sociology and criminology at the University of Karachi. More than 1,800 people have died in sectarian and political violence in Karachi so far in 2012 alone.

Referendum on the nation's soul

The MQM, one of the key secular voices in the country, has announced a referendum to be held later this year. The referendum will ask citizens whether they support a liberal Pakistan or the kind of nation the Taliban would favour. 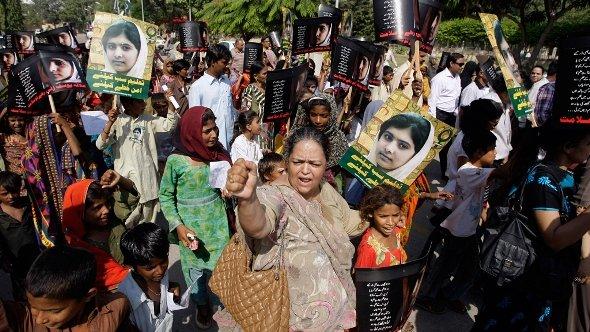 "The attack on Malala Yousafzai was strongly condemned by the people from all walks of life and revived the spirit of unity in this polarized society that is fragmented into many sectarian, ethnic, and political fault lines," Ashraf Khan writes

​​The referendum might help the MQM galvanize its activists and followers ahead of general elections scheduled for early next year. But although progressive, secular Pakistanis are in the majority, they may choose to remain silent over this issue.

"This is a final call," commented Alamdar Haider, a former activist with the national secular Pakistan Peoples Party.

Haider may well be right. Soon after the MQM announced the referendum plan, the Taliban declared war on the party, and a Taliban spokesman vowed to carry out a massacre of all liberal voices in Karachi. But now, after the attack on Malala Yusufzai, moral outrage might just drown out the fear. After all, following the anti-Taliban protests, commentators stated that the nation had not been as united since the wars against the country's arch-enemy India – and that leaves room for at least some kind of hope.

Home
Print
Newsletter
More on this topic
Pakistan after the Attempt on Malala Yousafzai's Life: A Vibrant Symbol for a Troubled CountryMohammed Hanif: My Country, Caving to the TalibanInterview with Ahmed Rashid: In a Taliban Stranglehold
Related Topics
Al-Qaida, Democracy and civil society, Human rights, Jihad, Jihadism | Jihadists, Malala Yousafzai, Taliban, U.S. policy in the Middle East, Women in the Islamic world
All Topics

Just as the Islamic Revolution fundamentally changed Iran 43 years ago and had an impact far beyond the country's borders, the current wave of protests sweeping the country is set ... END_OF_DOCUMENT_TOKEN_TO_BE_REPLACED

One year ago the Taliban returned to power, seizing Kabul; the U.S. and its allies made a panicked exit from the country. Of all the books written on the subject, four stand out ... END_OF_DOCUMENT_TOKEN_TO_BE_REPLACED

Jonas Poher Rasmussen's Oscar-nominated animated documentary “Flee” focuses on the life of a refugee from Afghanistan. Based on a true story, it centres around the question: when ... END_OF_DOCUMENT_TOKEN_TO_BE_REPLACED

The Biden administration could have used Pakistan’s economic crisis to compel the country to sever its longstanding ties to terrorist groups. Instead, the U.S. protects and ... END_OF_DOCUMENT_TOKEN_TO_BE_REPLACED

No country in the Islamic world is influenced as strongly by the traditions of Sufi culture as Pakistan. Yet the Sufis there have been under attack from Islamic hardliners for ... END_OF_DOCUMENT_TOKEN_TO_BE_REPLACED

END_OF_DOCUMENT_TOKEN_TO_BE_REPLACED
Social media
and networks
Subscribe to our
newsletter