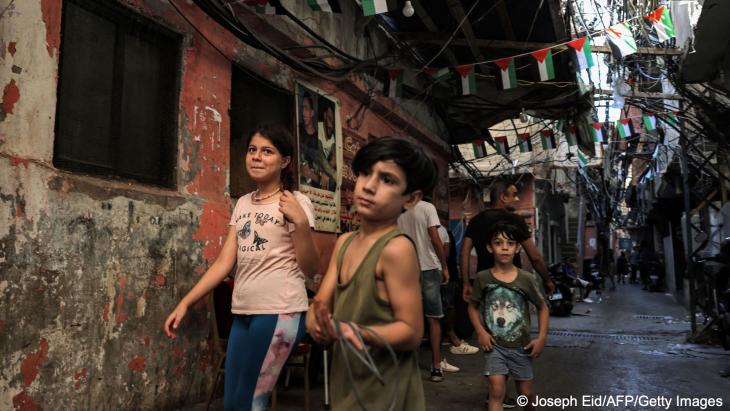 For three years Lebanon has been in the throes of one of the worst economic crises in recent history according to the World Bank – dealing an especially heavy blow to vulnerable communities including refugees.

Days ago the UN body "urgently" appealed for $13 million in funding for cash assistance to families, primary healthcare services and to keep the agency's schools open until the end of this year.

The poverty level among Palestinian refugees in Lebanon has shot up from a little more than 70 percent at the beginning of the year to 93 percent, according to UNRWA. "This means that almost everyone is without the ability to cater for the most basic needs in their lives," Stenseth said. "This is a dramatic humanitarian crisis."

Lebanon hosts about 210,000 Palestinian refugees, including 30,000 who fled Syria after war erupted there in 2011, according to the agency. Around two million Syrian refugees are in Lebanon, authorities said Tuesday, while nearly 830,000 are registered with the UN.

Most Palestinians in Lebanon live in one of 12 official refugee camps, often in squalid conditions worsened by the financial meltdown, and face a variety of legal restrictions including on their employment. "We know the infrastructure in Lebanon is depleted ... of course, the camps are in no better state," Stenseth said.

UNRWA is working on a prevention campaign to help shield refugees from a cholera outbreak that struck Lebanon this month, she said. Cholera has spread mainly among Lebanon's Syrian refugees, and no cases have so far been reported in Palestinian camps.

"We've asked for funding now to prepare for the situation that has just surfaced linked to cholera," Stenseth added.

Palestinians were among more than 100 people who died after a migrant boat that left from Lebanon's north sank off Syria last month, in one of the deadliest recent such shipwrecks in the eastern Mediterranean. Economic collapse has pushed hundreds to attempt perilous sea journeys in the hope of reaching Europe.

This trend is "also a risk to Europe," Stenseth said. "Better to act now and provide us with what we need," she said about the agency's funding, "rather than responding too late."    (AFP)

END_OF_DOCUMENT_TOKEN_TO_BE_REPLACED
Social media
and networks
Subscribe to our
newsletter