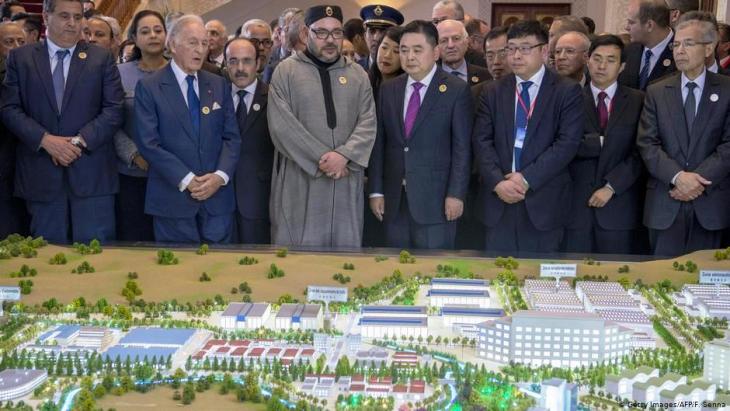 Paris and Rabat in diplomatic stand-off
Is France losing its backyard in North Africa?

Having seen a sharp decline in its influence in Tunisia and Algeria, France is eyeing China and Spain’s growing economic presence in Morocco with concern. Is Paris about to lose its "backyard" in North Africa altogether? An analysis by political scientist Mohamed Taifouri for Qantara.de

For a number of months, relations between Rabat and Paris have been deteriorating into a bone-breaking fight. In recent weeks, it has turned into a veritable cold war on various fronts: political, diplomatic, economic and even in the media. A number of recent developments indicate the depth of the crisis between the two countries.

France sensed that it was about to lose another backyard in North Africa in the wake of Kais Said’s election as president in Tunisia and its weakening hold over Algeria, resulting from the revolutionary movement there and the internal turmoil. These developments have reinforced the desire among Paris’ decision-makers to maintain Morocco as a de facto protectorate, thereby allowing France to monitor closely its former colonies in the Mediterranean and in sub-Saharan Africa.

As far as pressuring Rabat into maintaining their preferential economic position in the Kingdom is concerned, the French have apparently played all their cards. Reports confirm that they have lost significant ground to regional powers such as Spain and international powers such as China.

Many observers link the tensions and the diplomatic stand-off between the two countries to France's dismay at the news that China is expected to win the anticipated high-speed rail project between Marrakesh and Agadir. It comes after Beijing made a low-cost offer of around 50% of Paris’ bid, at a time when the French were already anxious about China’s growing interest in the deal for the second half of the project to extend high-speed train (TGV) services between Casablanca and Marrakesh.

This is a direct threat to France and its historical control over the railways market. Its monopoly was underlined in 2007 when the work to implement the first part of the Tangier – Casablanca project was given to the French company Alstom at the vast cost of U.S.$ 4 billion. This was to compensate Paris for Morocco’s withdrawal from a deal to buy French warplanes in favour of an American alternative. 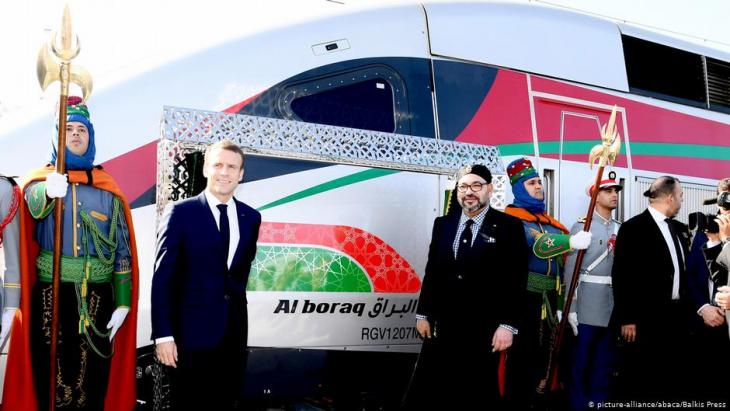 A crumbling monopoly: despite the fact that the French company Alstom was awarded the tender for the first phase of the Tangier-Casablanca project, word has it that the Chinese will win the anticipated high-speed rail project between Marrakesh and Agadir. Beijing's unbeatable offer – a mere 50% of the French bid – goes some way towards explaining the dismay felt in Paris

Little by little, the Chinese dragon has begun to devour what the French rooster believed was his and his alone. In March 2017, the Chinese won a project to build "Tangier Tech" on a 1,000 hectare site in the north of Morocco. It is intended to become a commercial hub, hosting hundreds of Chinese companies; it will also serve as a launching pad for China into African and European markets. Against this background, China has now moved its competitive eye towards the railways.

On the other front, France is looking with great disquiet and exasperation at the increasing Spanish presence in Morocco; it too has cost it important markets in a number of areas. Spanish companies have penetrated deep within the Kingdom. For example, urban transport has become the preserve of the Spanish bus company "ALSA" in Marrakesh, Tangier, Agadir and Khouribga. The company expanded its operations last year to cover other cities, notably the capital Rabat, Sala and Greater Casablanca. Thus, Madrid has, for some years, succeeded in maintaining its own position as Morocco's primary trading partner.

Sultana Khaya, 41, has been peacefully resisting the Moroccan occupation of Western Sahara for many years. Because of her campaign to assert the self-determination of the Sahrawi ... END_OF_DOCUMENT_TOKEN_TO_BE_REPLACED

Since Spain abandoned its traditional neutrality towards the conflict in Western Sahara, Morocco has announced a "new phase" in relations between the two countries. But what is ... END_OF_DOCUMENT_TOKEN_TO_BE_REPLACED

An increasing number of government ministries in Algeria are announcing they will abandon French in future. They may be reacting to the mood among the population, but the move is ... END_OF_DOCUMENT_TOKEN_TO_BE_REPLACED

Russia's ranking on the World Press Freedom Index has fallen again over the Kremlin's wartime censorship of the Ukraine conflict. From Myanmar to Mexico, journalists continue to ... END_OF_DOCUMENT_TOKEN_TO_BE_REPLACED

"Aboogi", on the City Slang label, is the latest release from Imarhan. Hailing from southern Algeria, Imarhan are one of the many bands that have emerged from the Tameshek ... END_OF_DOCUMENT_TOKEN_TO_BE_REPLACED

END_OF_DOCUMENT_TOKEN_TO_BE_REPLACED
Social media
and networks
Subscribe to our
newsletter