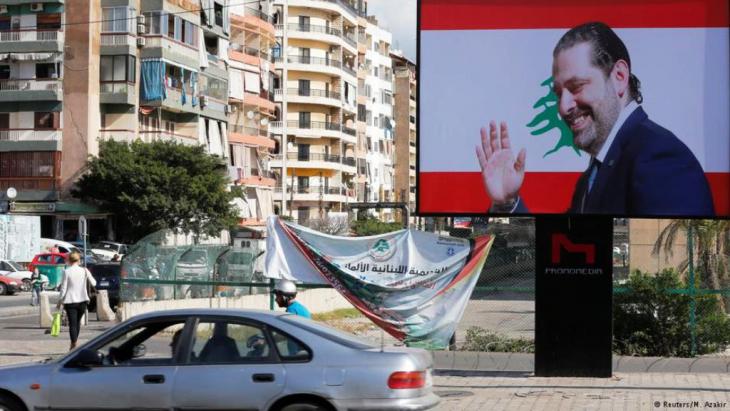 Much ado about nothing

Lebanonʹs forthcoming parliamentary elections will likely be the dullest since the end of the countryʹs war in 1990. No significant surprises appear to be looming, nor are there major political stakes or programmes mobilising the attention of voters. By Joseph Bahout

With Lebanonʹs parliamentary elections scheduled for 6 May, it has been almost a decade since the last elections were held in 2009, during which time the country has gone through major transformations. During this time, the rift that existed between Lebanonʹs two contending political coalitions – the March 8 and March 14 alignments – has withered away. However, the promise of more effective governance remains to be fulfilled as the Lebanese have struggled with major domestic problems, such as continuing electricity shortages, a major rubbish crisis, not to mention an increasingly alarming economic situation.

The elections themselves will be based on a strange form of proportional representation, which will alter the historical pattern of electoral behaviour. That is why, in theory at least, the elections should have represented an exciting moment of renewal for political life and the countryʹs elites, while creating an opportunity for addressing the countryʹs challenges. They could also have been used to examine how the new law has affected the degrees of continuity and change in the Lebanese political landscape.

Instead, all the indications are that Lebanon is heading toward one of the dullest elections since the end of the war in 1990. No significant surprises appear to be looming, nor are there major political stakes or programmes mobilising the attention of voters. The political divisions of the past have given way to a sometimes surreal web of opportunistic alliances, while in the pre-election phase newer alternative political forces from Lebanonʹs civil society appear to have failed to live up to expectations based on their previous performance.

The electoral law divides Lebanon into fifteen constituencies, uneven in size, number of seats and number of voters. Some of these constituencies combine several of Lebanonʹs smaller administrative districts (qadaʹ), some are formed by a single qadaʹ, and some are made up of a single governorate (muhafaza), or large administrative district. Such gerrymandering is an outcome of the narrow electoral interests of those who devised the law.

Taking a step back from the intricacies of the law, one can derive some general conclusions. Except for the Shia alliance of Hezbollah and the Amal Movement, Lebanonʹs other major political forces have failed to form joint electoral lists on the national level.

Some are allied in a number of constituencies and competing in others. In several constituencies, political forces that are almost identical in their nature and alignments will be pitted against each other solely because of personal rivalries. All this, which has confused voters, is to the detriment of any coherent political manifesto.

The Middle East is plagued by electronic armies working at the behest of one regime or another. Long used by those in power as a weapon in the fight against activists and ... END_OF_DOCUMENT_TOKEN_TO_BE_REPLACED

On Friday, Iranians head to the polls to elect a new president. What's at stake in this presidential election? Sanam Shantyaei explains. END_OF_DOCUMENT_TOKEN_TO_BE_REPLACED

For centuries, the great classical Persian author Hafez has inspired German writers. Translations, adaptions and homages have been created in his wake, and the process continues ... END_OF_DOCUMENT_TOKEN_TO_BE_REPLACED

In the run up to Iran’s presidential election, Supreme Leader Ayatollah Ali Khamenei has sought to entrench his power. Alex Vatanka asks whether a sharp slump in voter turnout ... END_OF_DOCUMENT_TOKEN_TO_BE_REPLACED

Turkey's parliamentary and presidential elections are scheduled for June 2023. But they are already casting a shadow. While the opposition is calling for early elections, ... END_OF_DOCUMENT_TOKEN_TO_BE_REPLACED
Author:
Joseph Bahout
Date:
Mail:
Send via mail

END_OF_DOCUMENT_TOKEN_TO_BE_REPLACED
Social media
and networks
Subscribe to our
newsletter